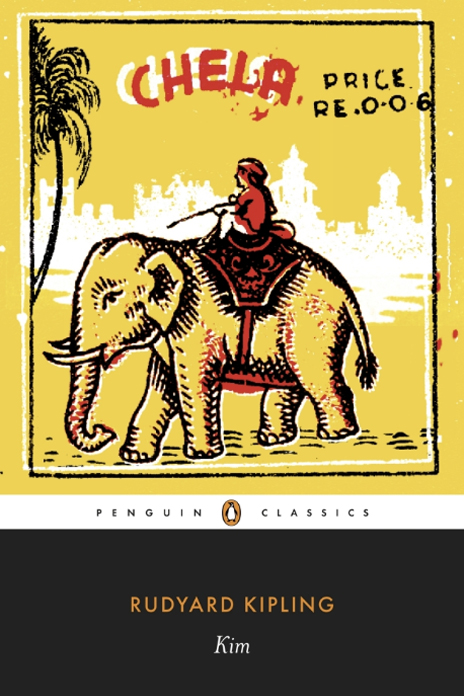 An epic rendition of the imperial experience in India, Kim is one of Rudyard Kipling’s greatest works.

Reared in the teeming streets of India at the turn of the century, Kimball O’Hara – a 13-year-old orphan living in Lahore – is the eponymous hero of Kipling’s masterpiece. One day Kim befriends a Tibetan lama and, looking for adventure and new experiences, becomes his disciple. Together they go on a quest: the lama is searching for the legendary Sacred River of Healing while Kim is charged with delivering a parcel to one Colonel Creighton in Umballa, unwittingly involving himself in the Great Game.

When I was a child, locked into the English school system, the only person I wanted to be was Kim. His life in Lahore was everything mine was not. ‘Kim did nothing with an immense success . . . was hand in glove with men who led lives stranger than anything Haroun al Raschid dreamed of; and he lived a life wild as that of the Arabian Nights, but missionaries and secretaries of charitable societies could not see the beauty of it. His nickname through the wards was “Little Friend of All the World”.’ Even better, I thought, he was an orphan, living his own life, unhampered by the tedious entanglements of family. He was free.

Though it was not published until 1901, Kipling wrote Kim in 1892, a time when the confrontation between Russia and England on the Indian North West Frontier, which he called the Great Game, was at its height. Kim – Kimball O’Hara – is a 13-year-old orphan living in Lahore. His father, a soldier in an Irish regiment, had left Kim in the care of the half-caste woman ‘who pretended to keep a second-hand furniture shop by the square where the cheap cabs wait’. She was an opium addict and so Kim brought himself up on the streets, speaking English badly and thinking in Hindustani. No one knows he is a white boy, a sahib. He’s intelligent, quick-witted, loyal, resourceful and brave. Able to go anywhere and pass as Muslim or Hindu, he lives by begging and by running dangerous secret errands for Mahbub Ali, an Afghan Muslim horse-trader and a spy for the English . . .


Small Player in the Great Game