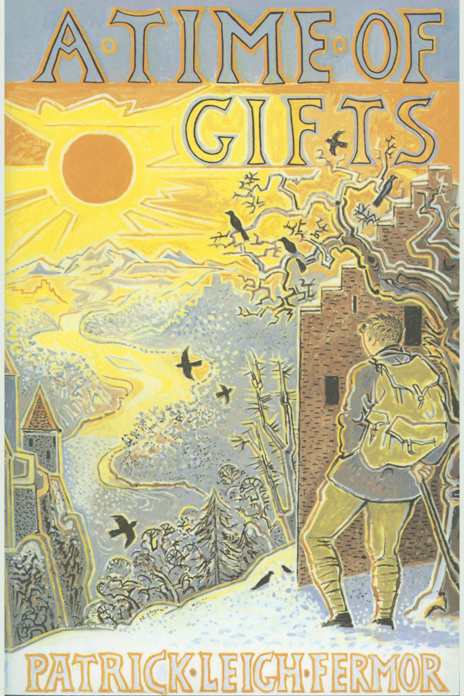 In 1933, at the age of 18, Patrick Leigh Fermor set out on an extraordinary journey by foot – from the Hook of Holland to Istanbul (or Constantinople, as he insisted on calling it). A Time of Gifts is the first volume in a trilogy recounting the trip, and takes the reader with him as far as Hungary.

It is a book of compelling glimpses – not only of the events which were curdling Europe at that time, but also of its resplendent domes and monasteries, its great rivers, the sun on the Bavarian snow, the storks and frogs, the hospitable burgomasters who welcomed him, and that world’s grandeurs and courtesies. His powers of recollection have astonishing sweep and verve, and the scope is majestic.

After his walk across Europe, Patrick Leigh Fermor lived and travelled in the Balkans and the Greek Archipelago. In the Second World War he joined the Irish Guards, became a liaison officer in Albania and fought in Greece and Crete – living disguised as a shepherd in the mountains for two years organising resistance activities. He was awarded the DSO and CBE, and a knighthood in the 2004 New Year Honours List. He died in June 2011, at the age of 96.

‘A plan unfolded with the speed and the completeness of a Japanese paper flower in a tumbler. To change scenery; abandon London and England and set out across Europe like a tramp . . . All of a sudden, this was not merely the obvious, but the only thing to do.’ Patrick Leigh Fermor, in a letter to Xan Fielding

‘Not only is this journey one of physical adventure but of cultural awakening. Architecture, art, genealogy, quirks of history and language are all devoured – and here passed on – with a gusto uniquely his.’ Colin Thubron

‘One of the most romantic books of the twentieth century, Patrick Leigh Fermor’s account of a long walk across Europe is also a literary treasure, a rich blend of action and observation.’ Guardian

Andy Merrills on Patrick Leigh Fermor, A Time of Gifts; Between the Woods and the Water

In late December 1933, Patrick Leigh Fermor set out on foot for Constantinople (as he anachronistically termed it). Recently expelled from school for the unpardonable crime of holding hands with a...

About lamplighting time at the end of a wet November day, I was peering morosely at the dog-eared pages on my writing table and then through the panes at the streaming reflections of Shepherd Market,...

Robert Macfarlane: ‘When I first read A Time of Gifts I felt it in my feet. It spoke to my soles . . .’

Listen to Robert Macfarlane reading from The Gifts of Reading. Recorded especially for Adventures for Harriet: a 600-mile literary pilgrimage across Europe by foot.

It was still a couple of hours till dawn when we dropped anchor in the Hook of Holland . . .

Snow covered everything and the flakes blew in a slant across the cones of the lamps and confused the glowing discs that spaced out the untrodden quay. I hadn’t known that Rotterdam was a few miles...

A literary hike from Rotterdam to Istanbul

‘When I first read A Time of Gifts I felt it in my feet. It spoke to my soles. It rang with what in German is called Sehnsucht: a yearning or wistful longing for the unknown and the mysterious. It...

One of the first things Leigh Fermor is given in A Time of Gifts is a book: the first volume of the Loeb edition of Horace. His mother (‘she was an enormous reader’) bought it for him as a...

I knew I was inside the largest Gothic cathedral in Northern Europe . . .

After a first faraway glimpse, the two famous steeples grew taller and taller as the miles that separated us fell away. At last they commanded the cloudy plain as the spires of a cathedral should,... 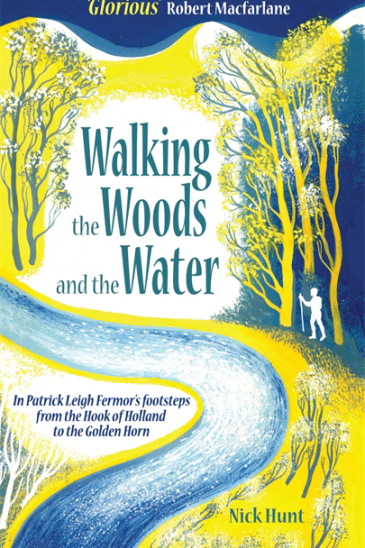 Walking the Woods and the Water 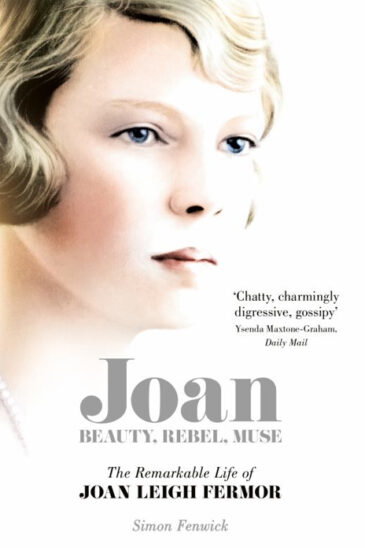 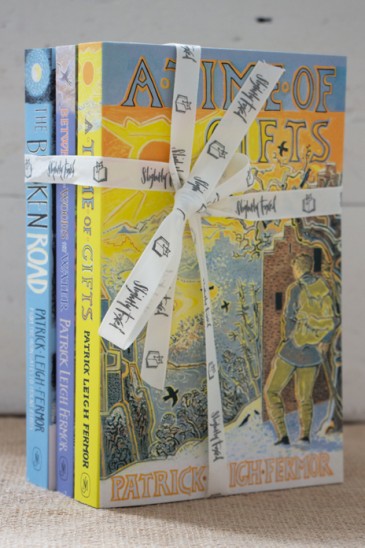 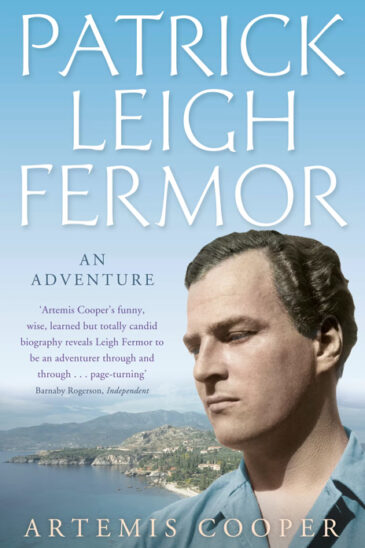 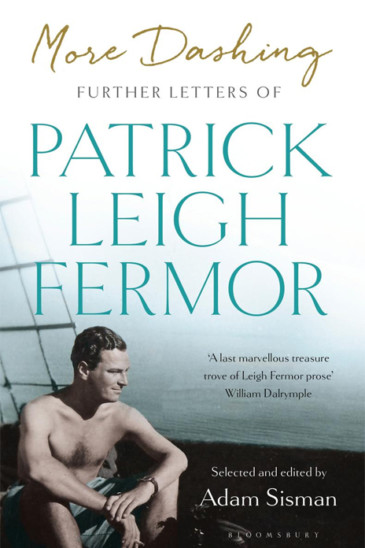 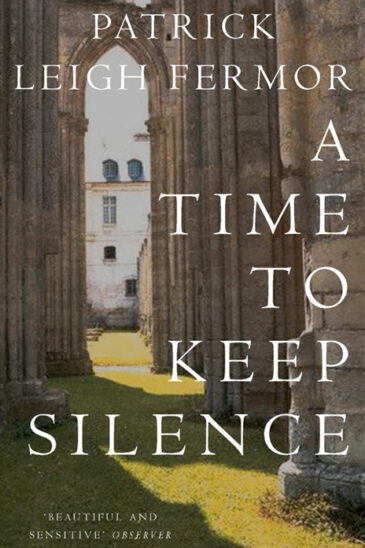 A Time to Keep Silence 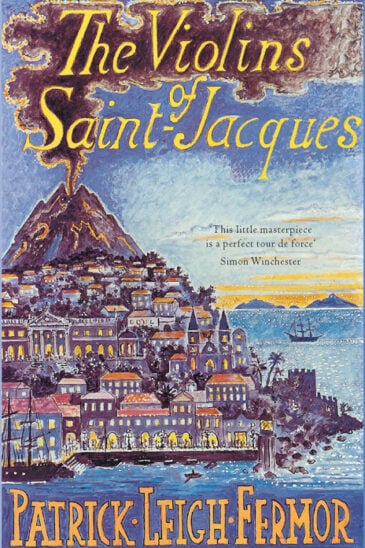 The Violins of Saint-Jacques 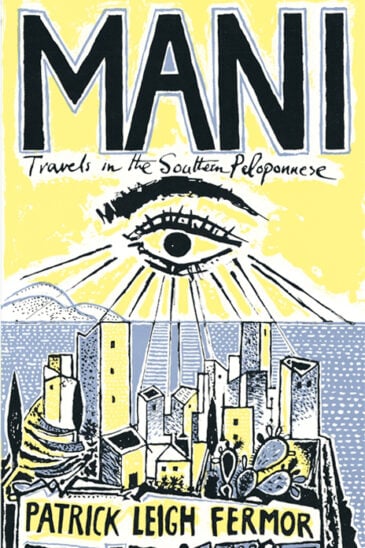 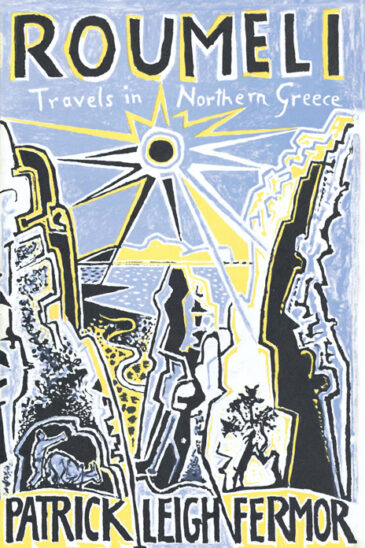