Home » Permanently Sold Out » The Narrow Road to the Deep North 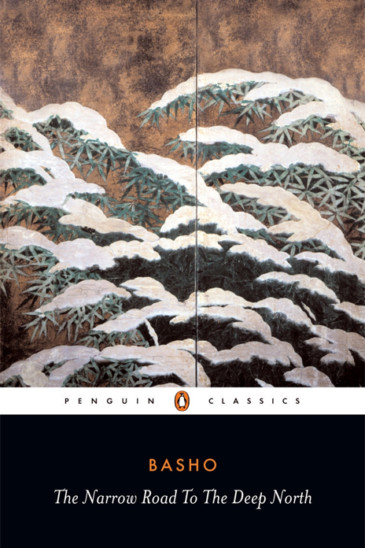 In his perfectly crafted haiku poems, Basho described the natural world with great simplicity and delicacy of feeling. He wrote of the changing season, the smell of the rain, the brightness of the moon, and the beauty of the waterfall, through which he senses the mysteries of the universe.

The Japanese poet Matsuo Basho (1644–94) is renowned in the West as a master of haiku, but less well known is the fact that he was also a superb travel writer. He wrote five travel diaries, of which the last, Oku no Hosomichi (The Narrow Road to the Deep North, 1702), is considered his masterpiece.

There have been many English translations of this work. Indeed, the problem with recommending Basho to an English readership is in recommending a translation. I first encountered Basho’s journal in Dorothy Britton’s translation when I was a teenager. I stumbled upon it in my local public library, and it quickly became one of my favour-ite books, one I would borrow again and again. If I now find Britton’s work a little stiff (Britton, for example, insisted on writing the haiku in rhyme, as she felt this helped ‘to suggest the formal elegance achieved in the original’), that is perhaps more a reflection of how my tastes have changed over the years than any slight on the excellence of her translation. Donald Keene’s translation is also very good, as is Sam Hammill’s (he does a fine job translating the poetry), but perhaps the easiest to find is the translation by Nobuyuki Yuasa in the Penguin Classics series . . .

Ken Haigh on Matsuo Basho, The Narrow Road to the Deep North

The Japanese poet Matsuo Basho (1644–94) is renowned in the West as a master of haiku, but less well known is the fact that he was also a superb travel writer. He wrote five travel diaries, of...