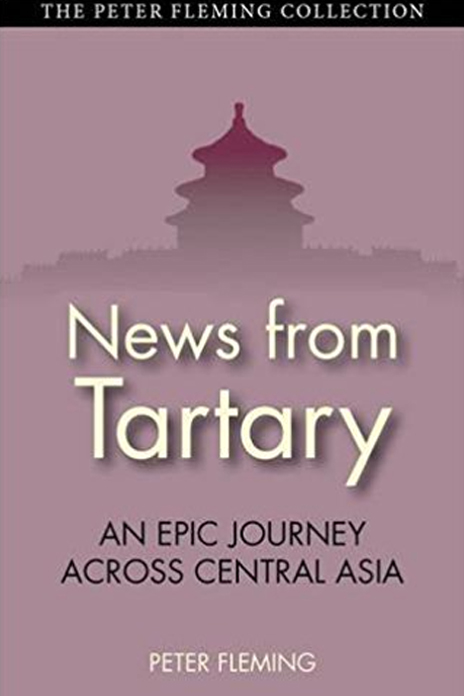 News from Tartary describes a phenomenally successful attempt that legendary adventurer, Peter Fleming made to travel overland from Peking to Kashmir.

The journey took seven months and covered about 3,500 miles. With his companion, adventurer and writer, Ella Maillart, they set out across a China torn by civil war to journey through Xinjiang to British India. Entering the province by a little known route and following the path of the Silk Road, they ended up in Kashgar before crossing the Pamirs to India. Beautifully written and superbly observed, this is not simply an account of a part of the world few of us will ever see, but also a marvellous insight into the last days of the Great Game, when Britain and Russia still faced each other across a Central Asia in a state of anarchy.

Is it acceptable to be both happily married to a living man and physically attracted to a long-dead author? I know I’m not the only one. I have one friend who goes weak at the knees when she shows me photos of the late Patrick Leigh Fermor, and another who has a lasting physical pash for Joseph Banks (1743‒1820). Mine is for Peter Fleming (1907‒71), older brother of Ian.

The good thing about being in love with a dead person is that you can’t be unfaithful; nor can you feel too jealous of the person’s love affairs with other people. On the contrary, it’s almost a pleasure to luxuriate in imagining those love affairs. So I think: lucky, lucky Celia Johnson! In real life, the man who adored her was not Trevor Howard of Brief Encounter but Peter Fleming of the joyously laughing smile, the sinewy forearms and the sublime prose. While Fleming was halfway through the seven-month journey from Peking to India in 1935 that he would immortalize in News from Tartary, Celia received a letter from him that included the words, ‘My darling Celia, whom I love . . .’ I like to imagine her opening the envelope . . .

‘One reads him for literary delight and for the pleasure of meeting an Elizabethan spirit allied to a modern mind . . . but he is also an observer of penetrating intellect.’ Vita Sackville-West

Is it acceptable to be both happily married to a living man and physically attracted to a long-dead author? I know I’m not the only one. I have one friend who goes weak at the knees when she shows...