Olivia Manning brings the uncertainty and adventure of civilian existence under political and military siege to vibrant life in the Balkan Trilogy. At the heart of the narrative are newlyweds Guy and Harriet Pringle, who arrive in Bucharest in 1939, just weeks after the German invasion of Poland.

Guy, an Englishman teaching at the university, is as wantonly gregarious as his wife is introverted. Before long German soldiers overrun the capital. The Pringles flee south to Greece, part of a group of refugees made up of White Russians, journalists, con artists, and dignitaries. In Athens, however, the couple will face a new challenge of their own, as great in its way as the theatre of war.

It is an irony that the dramatization of a novel may deter not spur. Instead of leading the viewer to the book, it becomes a substitute. Such a fate appears to have befallen Olivia Manning’s Fortunes of War, which in its Balkan and Levant trilogies traces the wartime travails of young Harriet and Guy Pringle as they flee the advancing Germans, first in Bucharest and Athens, then in Egypt and the Middle East. The six volumes were published to acclaim between 1960 and 1980. Yet Manning’s work is now probably better remembered as the 1987 BBC TV dramatization starring Emma Thompson and Kenneth Branagh.

This is unjust. Fortunes is a triumph, fusing fiction with diligently researched fact to portray a disparate group of expatriates surviving under threat of invasion: their stoicism, heroism and cowardice; their fleeting romances and petty intrigues. The prose is economical and the gaze sceptical and unsentimental. Added to this tapestry is a rich evocation of contemporary society, place and manners. Anthony Burgess called the sequence the ‘finest fictional record of the war produced by a British writer’ . . .

It is an irony that the dramatization of a novel may deter not spur. Instead of leading the viewer to the book, it becomes a substitute. Such a fate appears to have befallen Olivia Manning’s... 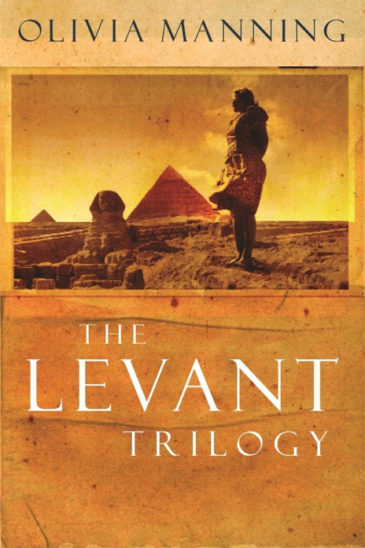