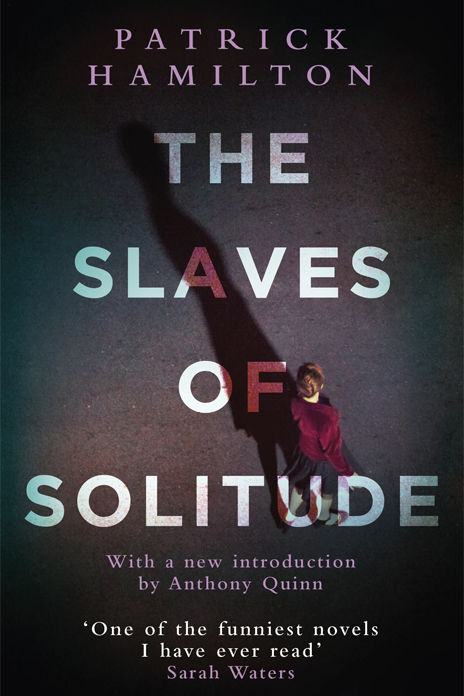 Measuring out the wartime days in a small town on the Thames, Miss Roach is not unattractive but she is also no longer quite as young as she was. The Rosamund Tea Rooms boarding house, where she lives with half a dozen others, is as grey and lonely as its residents.

For Miss Roach, ‘slave of her task-master, solitude’, a shaft of not altogether welcome light is suddenly beamed upon her with the appearance of a charismatic American lieutenant. With him comes change, upsetting the precariously balanced society of the house and presenting Miss Roach herself with a dilemma.

Hamilton’s bitter-sweet wartime novel The Slaves of Solitude (1947) expresses the semi-detached insularity of these places better than any other book I know. The fictional town in which the book is set, Thames Lockdon – how close that word is to ‘lockdown’ – is based on Henley, the quintessential Thames valley river town. It is a measure of the slow pace of progress in such a place that Hamilton cites as the most glamorous local nightclub Skindles in Maidenhead, a real-life venue also beloved of Evelyn Waugh that was still open and alluring in the mid-1980s when I attended a twelfth birthday party there . . .

Chris Saunders on Patrick Hamilton, The Slaves of Solitude

Patrick Hamilton, now best known for his novel Hangover Square and the play Gaslight, was a troubled man who is often seen as the court poet of shabby alcoholics and wandering drunkards. He is,...