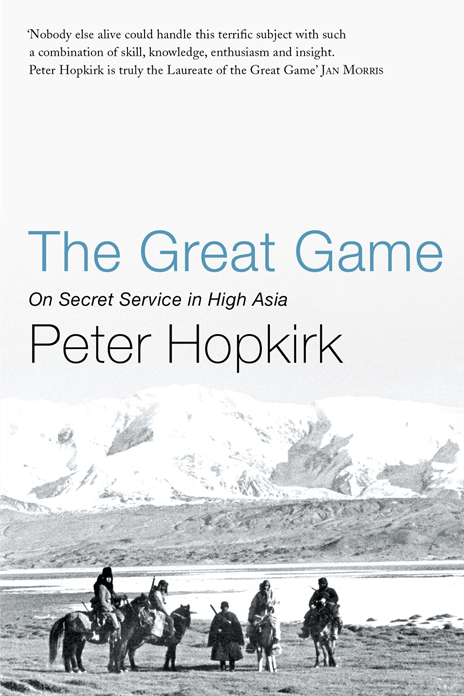 For nearly a century the two most powerful nations on earth, Victorian Britain and Tsarist Russia, fought a secret war in the lonely passes and deserts of Central Asia. Those engaged in this shadowy struggle called it the Great Game, a phrase immortalized in Kipling’s Kim.

Those engaged in this shadowy struggle called it ‘The Great Game’, a phrase immortalized Kipling’s Kim. When it first began the two rival empires lay nearly 2,000 miles apart. By the end, some Russian outposts were within 20 miles of India. Peter Hopkirk tells the story of the Great Game through the exploits of the young officers, both British and Russian, who risked their lives playing it. Disguised as holy men or native horse-traders, they mapped secret passes, gathered intelligence and sought the allegiance of powerful khans. Some never returned.


Of Captains and Khans

Many years ago, when it was possible to do such things, I hitchhiked to India. I travelled through Iran and Afghanistan, saw the Great Buddhas at Bamiyan, and rode through the Khyber Pass on the roof...

A Hanging in Wandsworth

During my early Fleet Street years, in the 195o’s, we hacks were chillingly familiar with the grim ritual of hanging. I still remember with a shudder having to wait outside Wandsworth or some other...