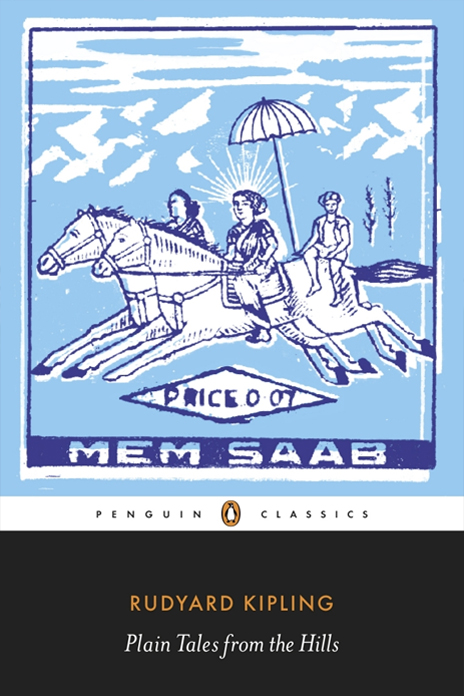 Plain Tales from the Hills, Rudyard Kipling’s first collection of short stories, established his reputation and brought India to the British imagination.

They tell of soldiers, wise children, exiles, forbidden romances and divided identities, creating a rich portrait of Anglo-Indian society. Originally published for a newspaper in Lahore when Kipling was a journalist, the tales were later revised by him to re-create as vividly as possible the sights and smells of India for readers at home. Far from being a celebration of empire, these stories explore the barriers between races, classes and sexes, and convey all the tensions and contradictions of colonial life.

One day, early in the First World War, an officer of the Indian Civil Service (ICS) heard his small son chattering in Punjabi to the family’s Indian servants. ‘He’s a real little Kim,’ the father said, doubtless with pride, for he himself was a fine linguist. The name stuck. In his winter camp in the Punjab, Harry St John Philby had been reminded of the ‘Little Friend of all the World’ whom Rudyard Kipling had created some years earlier in his novel Kim (1901). British children brought up among ayahs and malis and other servants often spoke an Indian language before they were fluent in their own. Kipling himself claimed that his first language was Hindustani.

St John Philby could not of course have foreseen another similarity between Kipling’s Kim and his own: that they would both grow up to become spies, one working fairly harmlessly for the British against the Russians in what became known as the Great Game, the other acting lethally for the Russians against the British in a ‘game’ that cost hundreds of lives. I think of the novel Kim as a love letter to India and its peoples written by a man who had left them a dozen years earlier; spies and the Great Game are not its most important theme. Yet, like so much of what Kipling wrote, Kim acquired an unexpected, unintended and erroneous significance, in this case as a spy novel. One British intelligence officer in Burma during the Second World War even regarded it as his ‘bible’ and gave a copy to each recruit he was training . . .