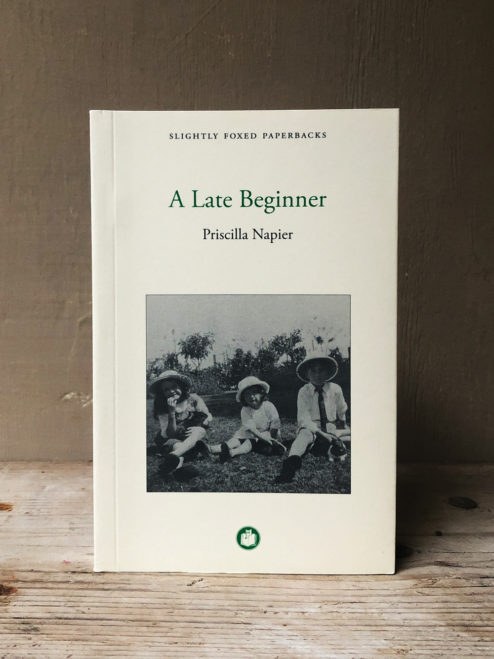 Read Review Listen to Audio
Made in Britain
● If you are a current subscriber to the quarterly your basket will update to show any discounts before the payment page during checkout ● If you want to subscribe now and buy books or goods at the member rate please add a subscription to your basket before adding other items ● Gift wrap, messages and delivery instructions may be added during the checkout process ● If you need help please send us a message using the form in the bottom left of your screen and we’ll be in touch as soon as we’re back at our desks.
Description

With a new preface by Penelope Lively

Priscilla Napier grew up in Egypt during the last golden years of the Edwardian Age – a time when, for her parents’ generation, it seemed the sun would never set upon ‘the regimental band playing selections from HMS Pinafore under the banyan tree’.

In A Late Beginner Priscilla Napier recalls that childhood and those last fleeting years of the British Protectorate. Her father, Sir William Hayter, a clever, hard-working man with enlightened views, was legal and financial advisor to the Egyptian Government. Her brother William would later become British Ambassador in Moscow, her sister Alethea a distinguished writer, and Priscilla herself would marry and lose her husband in the Second World War. But here she is a high-spirited little girl, William a knickerbockered schoolboy and Alethea a muslin-clad toddler.

Priscilla brings vividly to life that far-off world – the house and its devoted Egyptian servants, the desert picnics with Nanny, the visits to Cairo Zoo, the afternoons spent rampaging with other children in the grounds of the Gezira Sporting Club. And the long summers in England when Lady Hayter took the children to join her sisters and their families in Sidmouth – a different scene altogether, especially as the First World War began to take its tragic toll of uncles and cousins.

Priscilla Napier was a born writer, and A Late Beginner is a wonderful evocation not only of a place, a time and a climate of mind, but also of the child’s eye view. It ranks, says Penelope Lively in her introduction, ‘quite simply with the greatest accounts of how it is to be a child’.

Childhood is universal; circumstances may vary wildly, but the child’s eye view remains very much the same – without preconceptions, without expectations, simply absorbing and recording. Priscilla Napier’s eye was maverick and astute; she had the advantage of spending those crucially perceptive years in an exotic and complex country. – Penelope Lively

No one told me that the pyramids had been one of the seven wonders of the ancient world, but they were certainly the primal wonder of mine. From early on they exercised an oddly persistent... 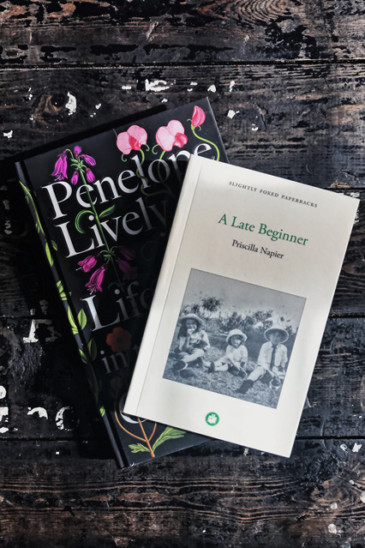 Pair – Life in The Garden & A Late Beginner