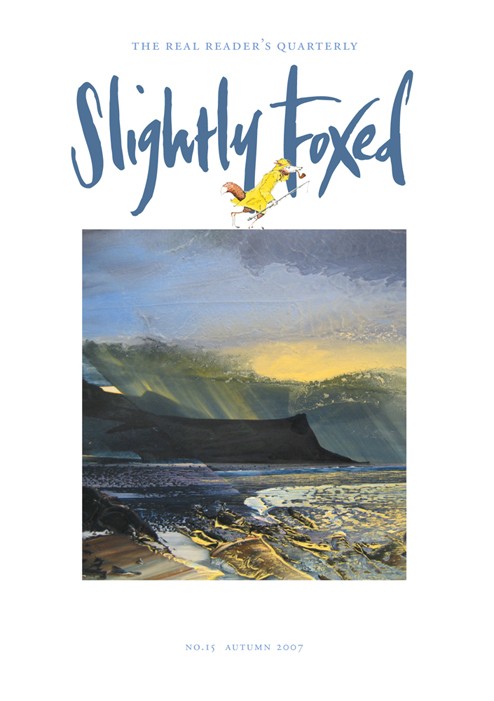 On the cartoons of Posy Simmonds

G. B. Edwards, The Book of Ebenezer Le Page

Inside the Brotherhood • BEVIS HILLIER

A Landscape without Figures • WIM D’HAVELOOSE

On the novels of Gregor von Rezzori

In Flight from Fitchville • KATE DUNN

Heading for the Hills • PETER GILL

On the works of John Keay

Rescued by the Milkman • LUCY LETHBRIDGE

On the memoirs of Margaret Powell

After the Anschluss • JESSICA MANN

On the novels of Sarah Gainham

Andrea di Robilant, A Venetian Affair: A True Story of Impossible Love in the Eighteenth Century


Slightly Foxed Issue 15: From the Editors

Time and tide, as they say, wait for no man, and the past few months have seen some significant changes in the office of Slightly Foxed. Our marketing manager Kathleen, who did wonderful work in...

Hazel Wood on the cartoons of Posy Simmonds

Posy’s dialogue is as good as her draughtsmanship, and she has a talent for names (an area in which so many writers fall down) which is as good as that of Evelyn Waugh or Anthony Powell. What...

Richard Platt on G. B. Edwards, The Book of Ebenezer Le Page

I have just returned from a long holiday in the Channel Islands visiting with Ebenezer Le Page, an old and valued friend, at Les Moulins, Ebenezer’s cottage by the sea. It is built of the same blue...

I first read the book when I was 16; later, Gaunt became a recurring figure in my life, cropping up unexpectedly like one of the incidental characters in Anthony Powell’s A Dance to the Music of...

‘It is Europe that is dying, my friends.’ This gloomy observation is, his devoted fans will recognize, the very essence of Alan Furst. It is delivered, in this case, by an anti-fascist Italian...

A Landscape Without Figures

I first read Voss about forty years ago and didn’t pick it up again until very recently. A few years later I was somewhat disappointed by one or two of White’s other books and this must have...

John de Falbe on the novels of Gregor von Rezzori

‘I myself – pampered by my Jewish friends – was a steadfast anti-Semite.’ There are enough reflections from [von Rezzori's] autobiographical work to show that he was intimately acquainted...

In Flight from Fitchville

The shelves in my study are crammed with books that I only quite like, to the extent that I think they barely represent my taste in reading, largely because I have pressed all my favourites on...

Heading for the Hills

Peter Gill on the works of John Keay

The focus of John Keay’s two books is the evolving imperial game that British India played on its north-west frontier. The Khyber Pass was one of the great invasion routes of history, and for all...

I am one of those fastidious individuals who, before travelling, has to draw up a reading list suited to the place he is to visit. For this reason, on a recent trip to Rome, I reread Abba Abba (one...

Vic Gatrell’s book City of Laughter paints a compelling, seductive picture of London in a lost Golden Age – the Golden Age revealed in the hundreds of satirical prints that poured from the...

Jessica Mann on the novels of Sarah Gainham

It takes a special sort of long-term determination and courage to risk one’s life for someone else’s sake. Would the friends who protected Anne Frank’s family in their secret annexe have...

Patricia Cleveland-Peck on Andrea di Robilant, A Venetian Affair: A True Story of Impossible Love in the Eighteenth Century

As I make my way through narrow passages and over numerous little bridges, I am trying to imagine a Venice of two and a half centuries ago, the Venice of A Venetian Affair by Andrea di...

I have a pocketful of change. Around me, there’s the sound of clothes hangers on rails. Beyond a bin of old toys there’s a clink of crockery. The flooring’s worn, the smell is musty. I can... 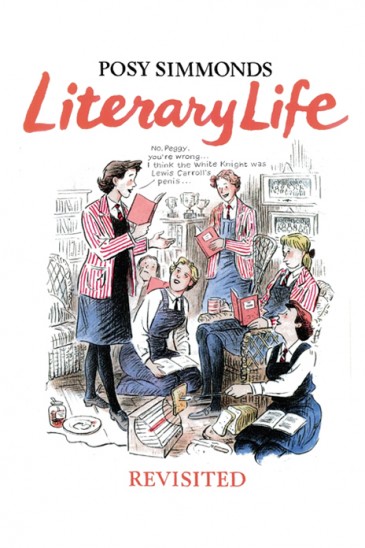