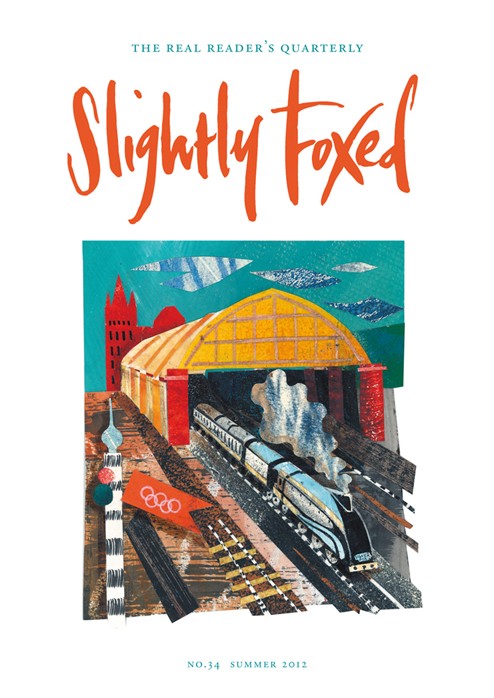 Kenneth Grahame, The Wind in the Willows

A Child in Africa • ANNABEL WALKER

Of Love and Lentils • ROBIN BLAKE

Peter Russell, The Elegies of Quintilius

C. A. Gibson-Hill, British Sea Birds; Birds of the Coast

Ignatius against the World • MICHELE HANSON

You Won’t Look Back • RICHARD CONYNGHAM

On The London Library

Potentate of the Polysyllable • JOHN WALSH

Artless but not Heartless • PATRICK WELLAND

Robert Byron, The Road to Oxiana

The Liquid Plains of the Sea • ANDY MERRILLS

Nicholas Best, Tennis and the Masai

On lettering and commemorative engraving

Alberto Manguel on Kenneth Grahame, The Wind in the Willows

Several times, during a long life of reading, I’ve been tempted to write an autobiography based solely on the books that have counted for me. Someone once told me that it was customary for a...

A Child in Africa

Annabel Walker on Elspeth Huxley, The Flame Trees of Thika

Most people have some memories of early childhood that remain vividly with them through life. Sometimes they are impossible to describe, being chiefly a quite indefinable feeling prompted by opening...

I first came across Ahmed Hassanein Bey when bumping across the Libyan Sahara by camel with a friend. This was long before Kindles and iPads helped the bibliophile traveller lighten his load. Between...

Of Love and Lentils

Robin Blake on Peter Russell, The Elegies of Quintilius

Alone among the ancient classical verse forms the elegy endures as a modern one. In Augustan Rome – the world of Caesar and Cicero, but also of the elegists Catullus, Propertius and Ovid – the...

The Bird Man of Singapore

Ralph Harrington on C. A. Gibson-Hill, British Sea Birds and Birds of the Coast

Some bird books, the ones you take with you across mountains, into bogs or through jungles, are small in size, compact and easy to stuff into backpack or pocket, offering ready reference in all...

Ignatius against the World

Michele Hanson on John Kennedy Toole, A Confederacy of Dunces

I came upon John Kennedy Toole’s A Confederacy of Dunces in the early Eighties, and was at once rather taken by its main protagonist, Ignatius J. Reilly. I had never come across such a repulsive...

You Won’t Look Back

Richard Conyngham on The London Library

Who are they, I wonder, these elderly gentlemen fast asleep in the red leather armchairs? Retired brigadiers whiling away their autumn years in a room full of books, or eminent scholars dreaming of...

Potentate of the Polysyllable

Logorrhoeac, polymagisterial, omniglottal, panchromatic, Anthony Burgess was the most wordy literary figure I have ever met. I use those faintly ludicrous terms of praise because, before I met him, I...

Artless but not Heartless

Patrick Welland on William Hickey, Memoirs of a Georgian Rake

In May 1797, the 33rd Regiment of Foot Officers arrives in Calcutta. A round of parties ensues, one at Colonel Sherbrooke’s ‘small mansion’ in the village of Alypore three miles from the city....

At certain times in my life, I have opened a book and discovered a friend. I have chuckled with Anne Shirley over her comical escapades in the quiet town of Avonlea. I have stood under the watchful...

From Harry’s Bar to Delhi

Tim Mackintosh-Smith on Robert Byron, The Road to Oxiana

‘What Ulysses is to the novel between the wars and what The Waste Land is to poetry, The Road to Oxiana is to the travel book.’ So says Paul Fussell in the first puff on the back cover of my...

One of the consequences of being Aldous Huxley’s biographer was that I was invited to Eton, where a 17-year-old schoolboy with the bearing of a middle-aged barrister extended a hand and told me he...

A Term at Haggard Hall

Anthony Gardner on Nicholas Best, Tennis and the Masai

Over the years I have been sent many proof copies of books, but very few that I have bothered to keep. They are, in general, unattractive creatures, with their misprints and vainglorious boasts of...

As soon as I could hold a pen I was taught copperplate script by my splendidly bossy elder sister, who was determined to pre-empt any teacher’s pernicious influence. I can still remember the thrill...