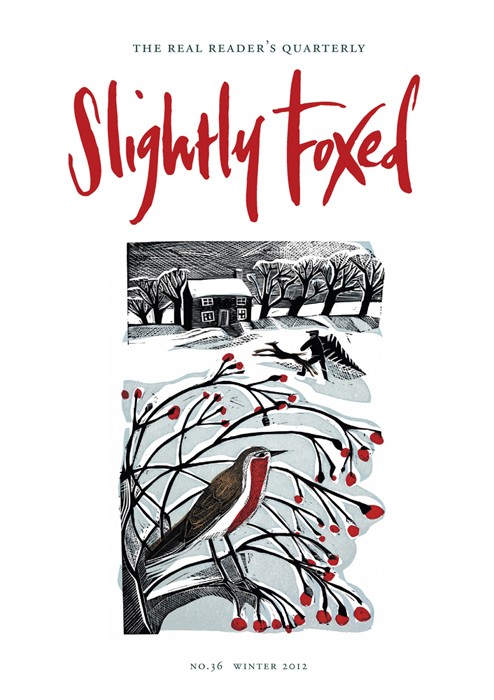 Read Extract
● If you are a current subscriber to the quarterly your basket will update to show any discounts before the payment page during checkout ● If you want to subscribe now and buy books or goods at the member rate please add a subscription to your basket before adding other items ● Gift wrap, messages and delivery instructions may be added during the checkout process ● If you need help please send us a message using the form in the bottom left of your screen and we’ll be in touch as soon as we’re back at our desks.

Along the Old Ways • ROBERT MACFARLANE

A. R. B. Haldane, The Drove Roads of Scotland

H. E. Bates, The Darling Buds of May

Mollie Panter-Downes, At the Pines

Castles in the Air • DAISY HAY

Pamela Brown, The Swish of the Curtain

The 1662 Book of Common Prayer

On the definitions of Hobson-Jobson and Hanklyn-Janklin

On the novels of Pamela Branch

How to Enjoy the Blackout • RUTH A. SYMES

On the works of Osbert Sitwell

On why we write


Slightly Foxed Issue 36: From the Editors

It seems, as they say, only yesterday that we were telling you Slightly Foxed would be moving – in fact it was in 2004 that we moved from our original ‘office’ round the kitchen table of...

Along the Old Ways

Robert Macfarlane on A. R. B. Haldane, The Drove Roads of Scotland

For many years of my life, I was fascinated by mountains and their tops: drawn upwards by what Joe Simpson nicely calls ‘the inverted gravity’ that peaks exert upon certain people. I climbed and...

I am sometimes asked which writers have changed my life. Next time I shall not answer ‘Proust’ but ‘Rachel Khoo’. For five years, since the death of my husband, I had all but given up cooking...

Mark Jones on Mollie Panter-Downes, At the Pines

They seemed reasonable enough requests. Don’t lie on the bed naked in case passing servants catch an eyeful. Also, in mixed company, could he try to swear only in French? Modest pleas made by...

‘You must be cruel to be kind,’ gardeners tell you, about pruning roses. ‘The more you cut them down, the more they love it.’ This might be true of roses but is it true of book collections? I...

Sue Gee on H. E. Bates, The Darling Buds of May

Herbert Ernest Bates was born in 1905, in Northamptonshire, the son of a cobbler, and his schooldays were spent in a brick-terraced industrial town dominated by factories where he dreaded he would...

The Tortoise of Total War

Anthony Gardner on Evelyn Waugh, The Sword of Honour trilogy

I don’t suppose anyone who buys Slightly Foxed can forget the sheer, joyful, all-absorbing intensity with which we read as adolescents; but it took a remark of T. S. Eliot’s to bring home to me...

Castles in the Air

Daisy Hay on Pamela Brown, The Swish of the Curtain

What do an incarcerated minister, an old dressing-up box and a tin of blue paint have in common? They are all central to the plot of The Swish of the Curtain by Pamela Brown, a magical children’s...

Muddy Boots and a Slouch Hat

American presidential memoirs have tended to be self-serving tomes, designed to massage reputations and secure their authors a fat windfall on retirement. This was not the case with the first,...

John Keay on the definitions of Hobson-Jobson and Hanklyn-Janklin

Dictionaries, encyclopaedias and the like are best browsed at leisure; approach them with an open mind and prepare for the unexpected. The entry sought may confirm or confound one’s expectations...

My parents had no interest in books. Having survived the Second World War, they found everything they needed in each other, and in their north London suburban home with doors they could lock, in a...

Roger Jones on why we write

British publishers, we’re told, turn out around 200,000 new titles every year. That is not a trivial number. In fact, it’s so large a number that one can’t really think any useful thoughts...

Anthony Longden on the books of J. H. B. Peel

Numbed with despair over the threat to the fragile beauty of the Chilterns and the villages of Buckinghamshire posed by the new high-speed rail link, I went in search of solace. I badly needed a dose...

Juliet Gardiner on the works of Osbert Sitwell

Writing one’s autobiography involves a certain audacity: the presumption that one has a story to tell, that one can tell it engagingly, that there will be publishers willing to publish, readers...

How to Enjoy the Blackout

Ruth A. Symes on Howard Thomas and Marjorie A. Banks, Brighter Blackout Book

My father used to say that one of the most dispiriting things about his childhood during the Second World War was the boredom. The very real fear of being bombed was one thing, but being cooped up in...

Bruce Hunter on the novels of Pamela Branch

I met Pamela Branch only once, at a dinner party given by the literary agent David Higham and his wife. Pamela was strikingly beautiful, with large eyes, curious as a cat’s. The talk turned to an... 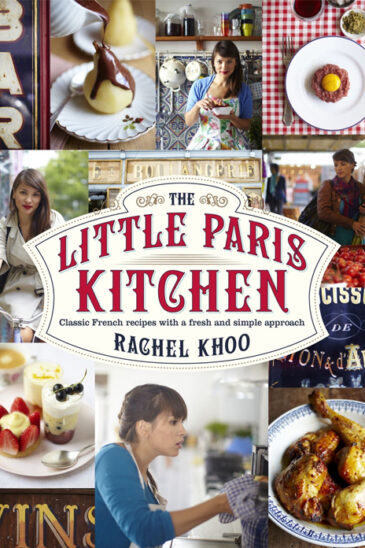 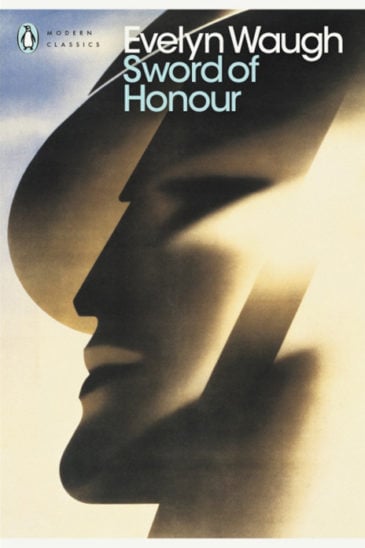