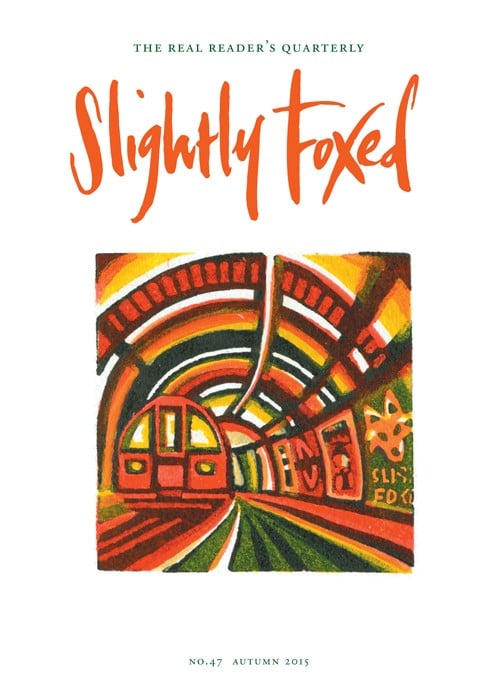 The Stories of Robert Aickman

Mowgli with a Gun • GALEN O’HANLON

A Light to Live by • SARAH PERRY

From Chicago to the Western Front • BEL MOONEY

My Most Precious Book • FRANCES WILSON

Down-to-Earth in Over Stowey • ANTHONY LONGDEN

The Dean and the Don • DEREK PARKER

Behind the Net Curtains • SARAH CROWDEN

On the arrangement of libraries


Mowgli with a Gun

Brandon Robshaw on the stories of Robert Aickman

All of Aickman’s tales (he wrote 48 in all) include some kind of supernatural element. ‘Pages from a Young Girl’s Journal’ is a vampire story, ‘Ringing the Changes’ is a zombie story,...

Slightly Foxed Issue 47: From the Editors

It’s hard to believe autumn is here already. But the days are shortening, the air is growing brisker, and gradually the city is coming to life again as people trickle back after the long summer...

Over lunch one day in the autumn of 1996, I mentioned my fascination with Broadmoor to the novelist David Hughes. Had I read Patrick McGrath’s Asylum, he asked in response. No? I must! McGrath had...

I’m continually amazed by how many remarkable writers can pass you by, even when you think you read a lot. My friend had sent me a copy of The Cone-Gatherers (1955) by Robin Jenkins. I’d never...

I have read so much Updike, so many articles, so many collections of his criticism and journalism, and virtually all his many novels, that I sometimes think I know more about his thought processes...

A Light to Live by

On the cover was a drawing of a slender wrist held by a gloved hand; beneath the wrist was a candle held close. I began to read a story familiar to me: the account given in Foxe’s Book of Martyrs...

From Chicago to the Western Front

Borden begins The Forbidden Zone with a surprisingly bald statement: ‘I have not invented anything in this book.’ She explains that the sketches and poems were written between 1914 and 1918 but...

Henry Jeffreys on David Nobbs, The Death of Reginald Perrin

It was eerie the first time I watched The Fall and Rise of Reginald Perrin because it all felt so familiar. I’d bought a DVD box-set on a whim. Suddenly my parents’ baffling banter made sense....

It might be irresponsible to recommend Louise Fitzhugh’s Harriet the Spy (1964) to youngsters today, with its sulky, unrepentant heroine who snoops on neighbours and whose notebook entries result...

If there were quiz questions about the subtitles of books, this – ‘An Experiment in Literary Investigation’ – might be among the trickier ones, offering as it does no hint of the book’s...

My Most Precious Book

In general, I’m cavalier about books. I lend them and therefore lose them, scribble in them, festoon them in pink Post-it notes, share baths with them and pile them up on shelves and tables in no...

Down-to-Earth in Over Stowey

Anthony Longden on The Diary of William Holland, Somerset Parson, 1799-1818

I have always had a weakness for diaries and memoirs, especially those written by men of the cloth. It’s generally quite gentle observational stuff, cataloguing the daily round, usually in a...

The Dean and the Don

Back in 1968, when I was editing Poetry Review, published by the Poetry Society, I started a campaign to have a memorial to Byron placed in Poets’ Corner. I was tentative in my first approach to...

Perhaps some of the best moments in a book-lover’s life are when you chance upon something that turns out to be a real find. The first of many such discoveries for me was a well-used Penguin...

Behind the Net Curtains

The maxim ‘write what you know’ has been drummed into aspiring novelists on creative writing courses for years and it aptly sums up the varied career of R. F. Delderfield, whose writing life was...

Richard Mabey on the arrangement of libraries

I like to think we run an open-door policy in our library at home in Norfolk. That is to say, on warm days in summer the door to the garden is actually open. Anyone’s welcome to come in for a... 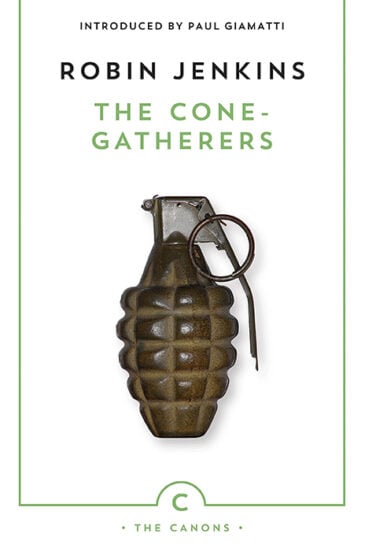