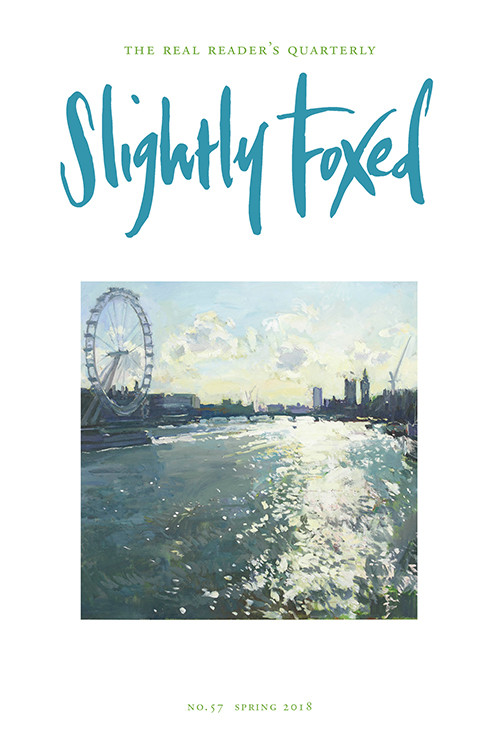 ‘Slightly Foxed offers a chance to discover about eighty books a year that most of us have never heard of but all of us will wonder about. Strike a blow for good reading everywhere and order a sample issue. It’s all about books, really good books . . . I couldn’t be happier to have found this magazine’ Bookslut

Jane Ridley meets the Queen • Derek Parker socializes with Eddie Marsh • Amanda Theunissen joins the quest for Kim • Richard Holloway finds redemption in art • Penelope Lively hears voices from the past • Anthony Wells continues his search for lost time • Laura Freeman discovers the tragedy behind the work of A. A. Milne • Michael Leapman sticks up (and sits down) for George Bernard Shaw • Ariane Bankes snaps up something wholesale, and much more besides . . .

Ben Pimlott, The Queen: Elizabeth II and the Monarchy

Dying for a Dream • ROMESH GUNESEKERA

Out of the Celtic Twilight • ANTHONY GARDNER

Lord Dunsany, The Curse of the Wise Woman

Ruth Adam, A House in the Country

André Schwarz-Bart, The Last of the Just

A Victorian Schoolboy in London: The Diary of Ernest Baker

Journey to the Interior • KEN HAIGH

Matsuo Basho, The Narrow Road to the Deep North

The Man Who Enjoyed Everything • DEREK PARKER

Edward Marsh, A Number of People

A Boy in a Tattered Coat • ANN WROE

GBS and Me • MICHAEL LEAPMAN

Like so many Slightly Foxed readers, I was hooked by Netflix’s first series of The Crown. The lavish production, rumoured to have cost £100 million, the understated acting, the meticulous detail...

Dying for a Dream

Many writers have places, real or imagined, linked with their names – Joyce’s Dublin, Hardy’s Wessex, Faulkner’s Yoknapatawpha – but I don’t know of any who have a province named after...

Laura Freeman on A. A. Milne, It’s Too Late Now: The Autobiography of a Writer

What we expect from Milne is lightness. Pooh carried up by his balloon. Piglet blowing dandelion seeds. Bounding Tigger. The depth of missing, of emptiness when Ken is gone from It’s Too Late Now,...

Out of the Celtic Twilight

Anthony Gardner on Lord Dunsany, The Curse of the Wise Woman

A teenage boy is talking to his father in the library of their rambling Irish house. His father tells him to look at a particular picture; the moment he obeys, four armed men enter the room. But when...

Roger Hudson on the letters of Lady Mary Wortley Montagu

I first delved into Lady Mary Wortley Montagu’s astringent and witty letters about fifteen years ago when compiling a Book of Days for the Folio Society. I had to find extracts for each day of the...

Anthony Longden on Ruth Adam, A House in the Country

I was on a much-rehearsed trawl of the labyrinthine bookshop when I spotted it. A neat green-cloth country volume of the type churned out in their thousands in the 1940s and ’50s – years of...

Richard Holloway on André Schwarz-Bart, The Last of the Just

Reading it changed how I thought about suffering. Not because it solved the dilemma I was wrestling with, but because it expressed it to an unbearable degree. It proved to me that the work of the...

What I want from a diary is not necessarily remarkable events, but a vivid sense of the author’s character and of the times in which he or she lived. Though it covers a mere four months, Ernest...

English Passengers is a masterpiece, an achievement of such complexity, ingenuity and sheer narrative power that each time I reread it I am newly surprised: how can a writer have thus conjured up the...

Anthony Wells on Marcel Proust, Remembrance of Things Past

Marcel Proust’s novel Remembrance of Things Past begins, as I discussed in an earlier piece (SF no. 56), with the narrator recalling the times he spent as a boy in his great-aunt’s house in the...

Ken Haigh on Matsuo Basho, The Narrow Road to the Deep North

The Japanese poet Matsuo Basho (1644–94) is renowned in the West as a master of haiku, but less well known is the fact that he was also a superb travel writer. He wrote five travel diaries, of...

The Man Who Enjoyed Everything

Derek Parker on Edward Marsh, A Number of People

If Sir Edward Marsh appears in a few literary reference books, it is as the editor of five anthologies of Georgian poetry published between 1911 and 1922, the idea for which came from Rupert Brooke....

A Boy in a Tattered Coat

The book was called The Star-Born. Its first chapters were about owls, especially one called Eldrich, which sounded to me like the shriek of doom heard before a death. The owls were frightening:...

Michael Leapman on watching the plays of George Bernard Shaw

My enthusiasm for George Bernard Shaw dates from 1950, when I was 12. On my way home from school it was my habit to buy a copy of the Star, one of London’s three evening papers, principally to... 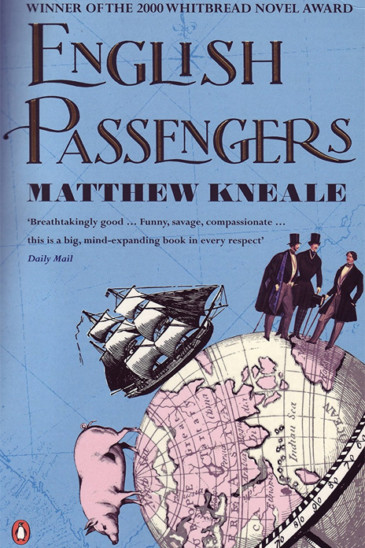