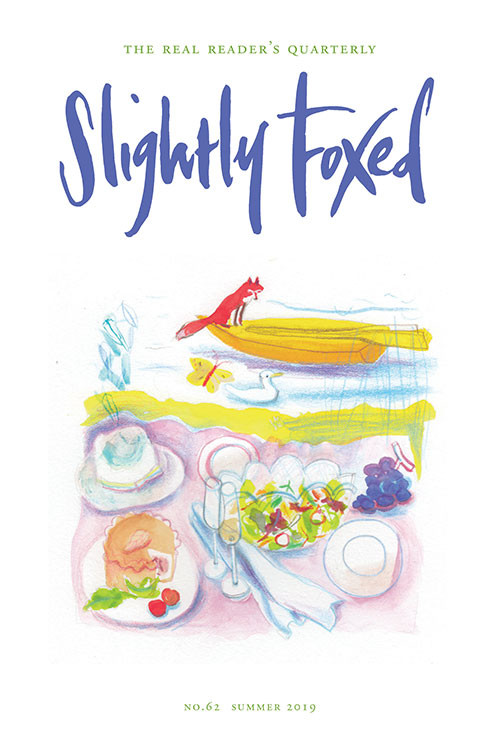 Laurie Graham pays an unusual visit to the Blandings piggery • Adam Foulds hangs out with a Russian count • Ursula Buchan meets some extremely likeable people • William Palmer gets a new angle on evolution • Olivia Potts picks fruit with Jane Grigson • Charles Elliott shares a fearful passage to Australia • Rebecca Willis enjoys ‘The Saga of the Century’ • Richard Conyngham finds he’s very up and down in the Andes • Peter Radford puts on a burst of speed • Pauline Melville struggles with Jane Austen, and much more besides . . .

One Man and His Pigs • LAURIE GRAHAM

The novels of O. Douglas

Not Your Average Englishwoman • JUSTIN MAROZZI

Rosita Forbes, The Secret of the Sahara

Haikus among the Pears • OLIVIA POTTS

The writings of Jonathan Meades

Cesare Pavese, The Moon and the Bonfires

H. E. Bates, Through the Woods

Rebecca West’s ‘Saga of the Century’

Scoops of the Century • ANTHONY WELLS

Clare Hollingworth, There’s a German Just Behind Me

‘Slightly Foxed is a literary magazine that has the incomparable value of following its own way, the principles of pleasure and curiosity, rather than bobbing slavishly in the wake of publishing schedules. It’s always full of good things; but, more than that, it’s always full of unexpected things.’ Sam Leith

‘For people who read a lot, it can be hard to find new suggestions, and every time I read Slightly Foxed, I add several titles to my library list.’ Gretchen Rubin, The Happiness Project

‘A lovely production . . . it contains many riches.’ The Bookseller

Haikus among the Pears

A Jane Grigson quotation sits on my desk. It’s written on a scrappy Post-it note; the glue on the back has picked up dust and a stray piece of cotton. It wasn’t meant to become a permanent...

One Man and His Pigs

Many of you will already be acquainted with Clarence Threepwood, 9th Earl of Emsworth. You will know that in a life buffeted by bossy and opinionated women the Earl’s greatest consolation is his...

In Nabokov’s novel The Gift (1938) the young poet Fyodor Godunov-Cherdyntsev is solitary and gifted. A virtuoso of perception, he sees around him many small, delightful details – a shopkeeper’s...

Richard Conyngham on Dervla Murphy, Eight Feet in the Andes

Unable to pedal but still able to walk, I had found inspiration in a battered copy of Eight Feet in the Andes wedged between the clothes and the spare tubes in my pannier. In the early 1980s, its...

Ursula Buchan on the novels of O. Douglas

In the kind of house where books are handed down the generations, the chances are that on a spare bedroom bookshelf, squeezed between Guy Mannering and Roses, Their Culture and Management, you will...

Australia was born as a jail. Not until well into the eighteenth century was Europe aware of the place, and even then nobody could see much use for it. But the British, who claimed it, had serious...

I should read The Evolution Man, he said. He would lend it to me. I had never heard of its author, Roy Lewis, but pieced together some information about him. Born in 1913, educated at King Edward’s...

Not Your Average Englishwoman

Justin Marozzi on Rosita Forbes, The Secret of the Sahara

I first encountered Rosita Forbes atop a camel in the middle of the Rabiana Sand Sea in southern Libya. There was probably no finer way of making this unusual writer’s acquaintance. Here, deep in...

Andrew Nixon on the writings of Jonathan Meades

For Meades is not a ‘television presenter’ at all, but rather an author who occasionally makes television programmes. His considerable written oeuvre includes fiction, memoir, reportage, cultural...

Piers Plowright on Cesare Pavese, The Moon and the Bonfires

This is the tale of a baby, a book and a candle. The setting is the Sudan, the baby is our first-born, two-month-old Natasha, and the book is a great twentieth-century Italian novel. As for the...

Matt Collins on H. E. Bates, Through the Woods

Among the books I’d assembled to help steer me through the boundless subject of trees and woodlands for a recent commission, H. E. Bates’s Through the Woods – a month-by-month account of a...

Rebecca Willis on Rebecca West’s ‘Saga of the Century’

Until I read the bit in Rebecca West’s This Real Night where one of the main characters dies, I’d never cried properly on a plane. I’ll admit to a bit of panicky sobbing during a bout of bad...

When I was a young man I was an international runner who held world sprint records and won medals in the European Championships, the Commonwealth Games and the Olympic Games. You would be right in...

Scoops of the Century

Anthony Wells on Clare Hollingworth, There’s a German Just Behind Me

Clare Hollingworth lived to the high old age of 105, spending much of her last years in the Foreign Correspondents’ Club in her adopted home of Hong Kong. Even at the age of 92 she was said to be...

I am having another stab at Jane Austen. Friends beg me to keep trying, anxious for me not to miss what they tell me is an unrivalled view of a luminous literary landscape. I have made efforts on and... 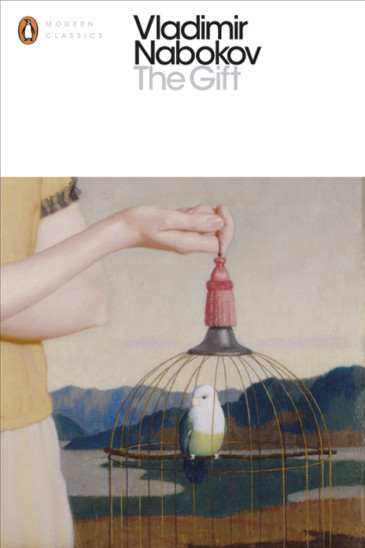 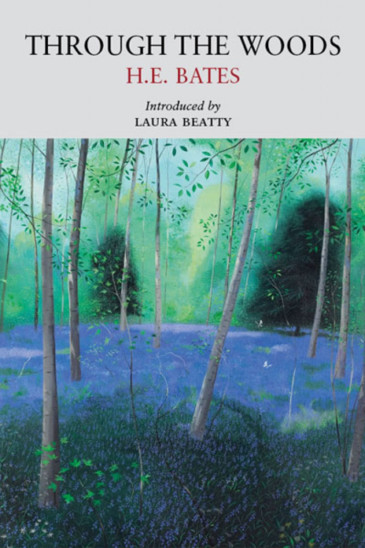