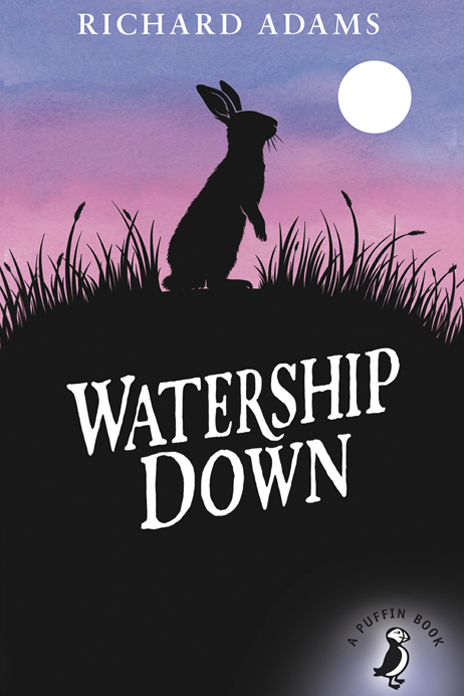 Richard Adams originally began telling the story of Watership Down to his two daughters and they insisted he publish it as a book.

A young rabbit called Fiver senses that something terrible is about to happen to the warren – he is sure of it. Fiver’s sixth sense is never wrong according to his brother, Hazel. They had to leave immediately, and they had to persuade the other rabbits to join them. And so begins a long and perilous journey of a small band of rabbits in search of a safe home. Fiver’s vision finally leads them to Watership Down, but here they face their most difficult challenge of all.

Six years ago when we moved into our neglected nineteenth-century house on the edge of Hampshire’s chalk downs it was a move into two worlds. One was of damp walls, dangerously amateur wiring, a wheezing boiler and icy, see-your-own-breath bedrooms. The other was of the world that lay beyond the streaming window- panes, the sea of rolling green turf that filled the view on two sides from our position in the valley – Watership Down.

Richard Adams’s first and far and away most successful book was published in 1972 but it feels as if it’s been with us for much longer, so established is it now in the list of childhood classics. Originating in the stories Adams told his children to lighten the boredom of long car journeys, Watership Down is a simple tale, but one with epic and universal themes: an arduous and dangerous journey, near-death encounters, doubts over a self-imposed exile from a lost homeland, loss of innocence and the search for peace; a peace that would eventually be found – as it has been for us – on Watership Down . . .

Six years ago when we moved into our neglected nineteenth-century house on the edge of Hampshire’s chalk downs it was a move into two worlds. One was of damp walls, dangerously amateur wiring, a...