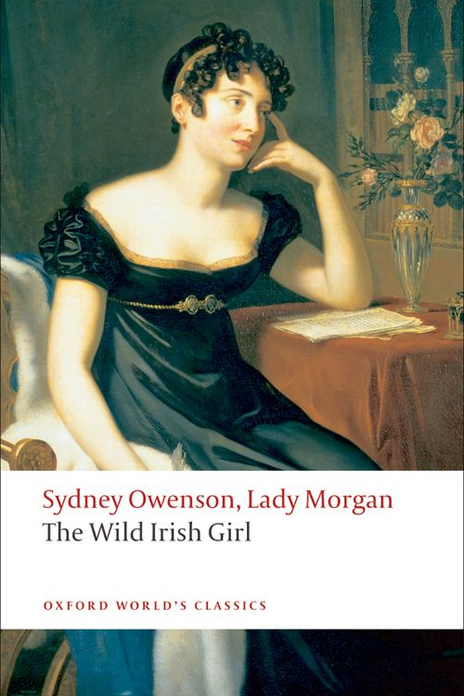 The Wild Irish Girl  is a passionately nationalistic novel and a founding text in the discourse of Irish nationalism. The novel proved so controversial in Ireland that Sydney Owenson, later Lady Morgan, was put under surveillance by Dublin Castle.

When Horatio, the son of an English lord, is banished to his father’s Irish estate as punishment for gambling debts and dissipated living, he adopts the persona of knight errant and goes off in search of adventure. On the wild west coast of Connaught he finds remnants of a romantic Gaelic past a dilapidated castle, a Catholic priest, a deposed king and the king’s lovely and learned daughter, Glorvina. In this setting and among these characters Horatio learns the history, culture and language of a country he had once scorned, but he must do so in disguise for his own English ancestors are responsible for the ruin of the Gaelic family he comes to love.

The Wild Irish Girl, by Sydney Owenson, was first published in 1806, since when it has rarely been out of print. I knew nothing of this novel or its author until a few years ago, when I was writing about the Italian poet and philosopher Leopardi and needed to place this tormented genius against a real background. I read diaries and letters by those who took the Grand Tour and more than once came upon the name of one Lady Morgan, an Irish feminist and patriot who, by the age of 25, was supporting herself, her father and her sister on the novels, travel books, articles and pamphlets she wrote under her maiden name, Sydney Owenson.

As soon as I read Sydney on Italy I was hooked; I found her principled, cheerful, energetic, imaginative and decent: excellent company. She was passionate about her writing and regularly stuck at it for eight hours at a sitting. She had unusual confidence in herself and her femininity; she was creative – could make her own clothes and, when let down by her chef just a few hours before giving a dinner party, did the cooking herself. She believed in justice and equality at home and abroad which, like feminism and atheism, were not principles universally espoused by her contemporaries . . .

The Wild Irish Girl, by Sydney Owenson, was first published in 1806, since when it has rarely been out of print. I knew nothing of this novel or its author until a few years ago, when I was writing...