Gail Pirkis and Hazel Wood, editors of Slightly Foxed, spoke at St George’s Church Hall on Friday 5 May as part of the Chichester Literary Society’s programme of talks and events.

They gave a talk all about putting together an issue of the quarterly, the pleasures of a small personal company and on editing as a duo. When asked why Slightly Foxed worked so well, both Gail and Hazel agreed that they are very fortunate to work with each other. Many thanks to all who attended and took part in the conversation.
And there was even an opportunity to pop into the nearby second-hand book emporium that is The Petersfield Bookshop beforehand. An excellent way to spend a literary Friday out of town.

Discover more about the Society and their programme of events here 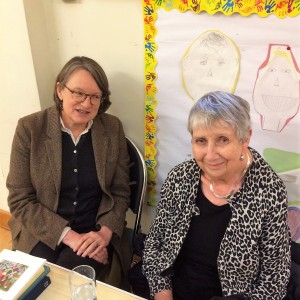 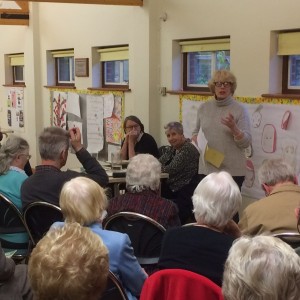 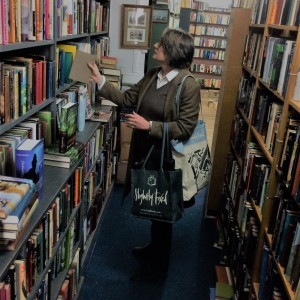 Hatchards Booksellers on Piccadilly were delighted to host an evening with Hisham Matar. Hisham was interviewed by Sarah Anderson, founder of the Travel Bookshop in Notting Hill. This was the third in an event series with Slightly Foxed and the Biographers’ Club.

Hatchards Booksellers on Piccadilly were delighted to host biographer Edmund Gordon and theatre critic Susannah Clapp for an evening celebrating the life and work of Angela Carter. This was the second in an event series with Slightly Foxed and the Biographers’ Club.

Slightly Foxed at One Tree Books

welcomed friends, subscribers and local book-lovers to celebrate a bumper crop of autumn offerings. Our guests browsed the shelves, stocked up on good reading and enjoyed a glass of wine with the Slightly Foxed team.

Many thanks to all who attended and made the party such a joyful occasion.