He had thought deeply about this house, and knew exactly what he wanted. He wanted, in the first place, a real house, made with real materials. He didn’t want mud for walls, earth for floor, tree branches for rafters and grass for roof. He wanted wooden walls, all tongue-and-groove. He wanted a galvanised roof and a wooden ceiling . . . The kitchen would be a shed in the yard; a neat shed, connected to the house by a covered way. And his house would be painted. The roof would be red, the outside walls ochre and the windows white.

A House for Mr Biswas was my lockdown book. As cases of Covid climbed, and the loveliest spring was filled with fear, I took myself back to the first half of the twentieth century, and to post-colonial Trinidad. Here, in a rural backwater, on an uncertain day in an unnamed year, a baby is born to a life of struggle and anxiety. Trinidad, a Caribbean island off the coast of Venezuela, was colonized first by the Spanish, then the French and then the British. It was a place which oil eventually made rich but where much of the population had always lived in poverty; where from the late nineteenth century Indian indentured labourers worked on the sugar-cane plantations, replacing the African slaves who were finally, in 1834, granted emancipation throughout the British Empire. In truth, these new arrivals, transported in terrible conditions, lived lives which were not so far from slavery.

Two such labourers were V. S. Naipaul’s maternal grandparents: high-caste Hindus. His father, Seepersad, whose own Indian origins are uncertain, and who began his working life as a sign-painter, married one of their daughters in 1929. In so doing, he entered a large, commanding, matriarchal family who supported him but often made his life unendurable.

A House for Mr Biswas is a portrait of this clever, difficult, fragile man, struggling for autonomy in impossible circumstances. Published by Andre

Sue Gee was conceived in India and born in Dorking. Her novel Coming Home (2013) tries to come to terms with this. 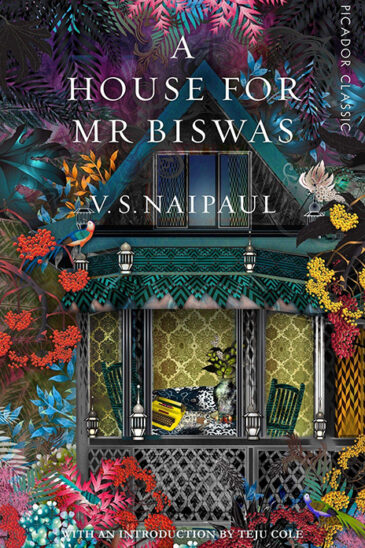