When he came home of an evening, we went through an unchanging ritual . . .

. . . Hanging on the gate, I could tell the shape of him as he cruised the last half-mile along the Brighton Road on the Ariel. Just our side of Chandler’s Corner he would switch off the petrol for the sake of economy and freewheel silently the rest of the way, having judged his impetus so exactly that the merest touch of the brakes would halt him after the front wheel bumped over the kerb. The bike would be wheeled into the outhouse, suddenly full of the stirring odour of hot oil and the clicking of cooling metal. And then, in the kitchen, even had I been blindfolded, I could have recognised him; for he brought into the house an entire anthology of smells I associated with nobody else: the hair-oil smell of his cap; the open-road gustiness of his flapping coat; and then the redolence of his trade: sawdust and shavings of pitch-pine and mahogany, a toolbag rankness of nailsacks and creosote, carpenter’s pencil and linseed oil. With water scaldingly hot from the kettle on the hob, straight away he would wash his hands as methodically as a surgeon; and then I would nuzzle at his own essential fragrances – sweat and Nut-Brown shag at the nape of his neck – when he carried me through to the living-room table. Here his dinner would be waiting for him (my mother and I would already have had ours) and I would watch him, cat-like, eat every mouthful.

Meat was dissected into exact squares. Potatoes, if boiled, became cubes – once the unsatisfactory sloping surfaces had been trimmed and disposed of, the way tree trunks are squared off in a sawmill. Potatoes, if mashed, were fashioned with the blade of the knife into a rectangular block into which, between stabs at the meat, the fork made geometrical inroads. Untidy peas, forever spilling beyond their appointed boundaries like a tipped load of ballast, were corralled into a sector of the plate apart and were always eaten last.

Sometimes, smiling, he would relax his concentration and, glancing at me across the disciplined exactitudes of his meal, favour me with a forkful which tasted vastly more appetising than my normal, amorphous, food. When the peas had been individually pronged until they were all gone, all was not yet done. Every last smear of gravy or bacon grease would have to be scraped from the plate’s surface (the blade bending in his strong hand like a palette knife or the thinnest of a set of feeler-gauges); and then a swab of bread would scrub from the outer rim gradually inwards, in diminishing concentric circles, until the awkward bull’s eye could be lifted with a deft, backhand flourish. With a reserved inch of crust he scoured between the prongs of the fork and along the back edge of the knife. The cutlery was then laid precisely over the plate’s diameter, perpendicularly to the line of the table where he sat. Ultimate breadcrumbs were sought out from the folds of the tablecloth by the magnetic tip of his middle finger.

Pudding was always to be a challenge to his craft, on account of the inherent intractability of the medium and the inadequacy of the tools available to make it submit to his will. Without the allies of knife-blade or bread, he could not but leave behind squiggles of custard – no matter that he held his bowl at an angle which (mathematicians could prove) afforded the maximum potential efficiency, given the bluntness and curvature of the common household spoon. If the source of my tendency towards woozy romanticism may be traced to the exuberant chaos of my mother’s sewing drawer, then my regard for orderly technique and craftsmanship of form stems from observing my father eat.

If it were pay-day, there then followed the ceremony of dividing his week’s wages between the battery of tins which he kept on his bookshelves. (The tins were watched over by a sepia photograph of Paul Muni as ‘Scarface’ which my mother had torn from some magazine and pinned to the back of the door.) One by one, my father brought them to the table and lined them up in a neat platoon: tobacco tins, cocoa tins, puncture repair outfit tins; each one in its tight stricture of inner-tube rubber bands, each one a talisman against the worry of debts, indigence, dispossession, the final disgrace of being beholden to anyone in the matter of hard cash. My mother accepted her housekeeping money from him, counting it at a swift glance: out of it she would have to pay the rent to my grandfather upstairs. Then the rest was distributed, the first tin receiving a heavy half-crown only to yield up three sixpences destined for its neighbours. Some tins took only coppers; one, taller, square-sided, propitiously labelled, only ten-shilling notes. Every conceivable future outgoing – insurance (a shilling a week to the Ideal Benefit Society), pension fund, tool money, clothes, road tax, wireless licence, books (a couple of bob) – was provided for. Into his pocket went enough for his week’s petrol and tobacco; and still there was a little left over for his savings.

There was one tin more, whose function I was not to know about until years later. This was the fund for my Start-In-Life – in all probability a set of tools for whatever trade I might take up: not necessarily the carpenter’s trade, either, for my grandfather, before becoming a policeman, had been a bricklayer; and so had my great-grandfather been, when there was still work enough for jobbing masons in rural Worcestershire. My mother’s purse clicked shut, the tins were returned to the darkness and to Paul Muni’s custodianship. And then, while my mother washed up, and until the freshly filled kettle began to sing, he would sip from his mug of dark-oak tea; and he would roll and smoke, in two minutes of evident relish, his good husbandman’s reward of the most emaciated cigarette his horn fingertips could fashion: the paper must have made three entire encirclings of the pinch of shag he drew out to a wisp.

‘Go and fetch my pretty shoes,’ he would command, as he took off his working boots. His brown-and-white brogues, such as you would see on a golf course, were beautiful objects to my eyes, with feather patterns and whorls worked with myriad pin-pricks and dimples into the uppers. My jersey covered with fluff, I would bring them from under his bed and lay them at his feet.

In the kitchen he honed his safety razor on a strop by now worn down to about the length and shape of a puppy’s tongue. Somehow he managed to take a grip on its tip between finger and thumb of his left hand while his right hand whizzed up and down with the blurred speed of a fly in a jam-jar. Off would come a layer of wool and a flannel shirt; and then – how his white vest sagged, not touching his chest as he bent to the sink and into his clouds of steam! While he pumiced and scrubbed, while he performed the ten thousand millimetre strokes of his shaving, while he dabbed and swabbed all the visible and outlying territories of his public skin, he told me new facts, quizzed me on the facts of the previous day, related stories, asked me about my day – all the time tilting his chin at improbable angles that later, in bed, I would imitate. I no longer remember the actual substance of these early catechisms, narrations, disquisitions; but for certain they were of huge importance to me, arousing my curiosity in the world beyond our hedges and providing me with a remarkable store of general knowledge long before I started school. A year or so later, I do remember, I was tested on the capitals of all the countries in the world. By then, the convention had grown that I should try to stump him if I could. ‘Colombia?’ he would say. ‘Bogota,’ I would reply, following swiftly with, ‘Venezuela?’ There would be a brief, artificial pause while he swilled his balding shaving-brush. ‘Caracas,’ he would lob at me, chuckling at the funny sound of the place and because, as usual, I had not been able to catch him out.

Extract from The High Path, Chapter 1 © The Estate of Ted Walker 1982 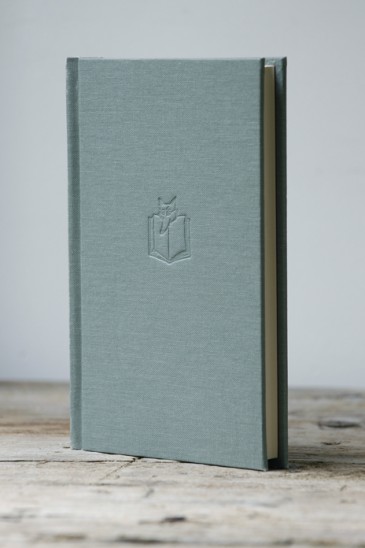