It is a strange sensation, rereading a much-loved book after several decades, especially when you first came across it at an impressionable age. Would not my adult eyes, I wondered, see a creaking plot, banal or outdated sentiments, or a sugary romanticism, which had not struck me when I was young? It’s a risk. It may not be the book’s fault, simply that one has grown out of sympathy with the idea. For example, I cannot now bear to read Le Grand Meaulnes, for, in the intervening years since I was 16, it has become as lost to me as the lost domain itself. So it was with trepidation that I approached ‘The Jacobite Trilogy’ by D. K. Broster and, in particular, the first and best-known novel in the series, The Flight of the Heron (1925), a book I first read when I was 10.

I was especially fearful because this historical novel, about the rising of the Highland clans in support of Bonnie Prince Charlie in 1745, had such a profound effect on my youthful attitudes. In particular, it turned me (a Lowlander by blood whose Presbyterian forbears had almost certainly fought in ‘Butcher’ Cumberland’s army) into a staunch, enduring Jacobite. (Strangely, this led me into trouble. Although generally a polite child, I was downright rude to a teacher at school simply because her name was Campbell. Looking back, she must have been baffled as well as irritated by this eccentric behaviour, since the school was in rural Berkshire and, in 1963, 10-year-olds were generally more preoccupied with the Fab Four.)

Like many of the historical works of John Buchan which I read a little later, the trilogy also encouraged me to think that individuals can affect the course of history, a view that I have never quite forsaken. And I became sensitive to the allure of what the Scots call ‘romance’, which added hugely to my enjoyment of reading fiction.

I need not have worried that the enchantment might be broken. Rereading The Flight of the Heron

Ursula Buchan writes on gardening. She is indebted for the biographical information about D. K. Broster to an appreciation of her by Belinda Copson. 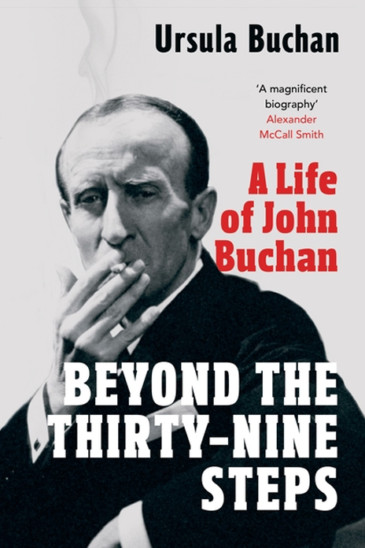 Last year, in response to a public consultation on the viability of my local public library, I offered to volunteer my unskilled services every Friday afternoon. This was my small way of signalling to the county council how precious a resource I believed the library to be, even if I hadn’t visited it that often since my children left school. (I would need three lifetimes to read the books already residing on my own shelves.) The library is situated in a reasonably, but not excessively, prosperous small town, with a mixed-age population; like a thousand others across the country, I guess. I was gratefully welcomed by the professional librarians and set to work putting returned books back in their proper place on the shelves.

Greetings from Hoxton Square where, following the dispatch of our autumn publications to readers around the world, our thoughts are beginning to turn to woolens, fireside nooks and making our way through the toppling piles of books we’ve selected from a bumper crop of recent titles. One of these books is James Rebanks’s new offering, English Pastoral, a history of the Lake District farm he inherited and how the land has changed over three generations. Reading of farm life in the northern fells prompted us to revisit Ursula Buchan’s article from Slightly Foxed Issue 53, which takes us back to James Rebanks’s first book, The Shepherd’s Life, and to W. H. Hudson’s A Shepherd’s Life, the book which ‘turned the young Rebanks into a reader’.

Reginald Farrer (1880‒1920) was unprepossessing in appearance, with a hare lip (the result of a cleft palate) only partially hidden by a moustache, a ‘pygmy body’ and a high, piercing voice. The son of narrowly Anglican parents (his father was a well-to-do landowner and Liberal MP, and the family were closely connected to the Sitwells), he was educated at home, at Ingleborough Hall in Clapham, in the Yorkshire Dales, and spent his boyhood gardening and searching for rare wild flowers on the nearby peak of Ingleborough.