She began life as the fictional heroine of a small newspaper column and went on, via American bestsellerdom and a celebrated wartime Hollywood movie, to have the kind of impact on world affairs that solemn, male writers can only dream of. Winston Churchill and Eleanor Roosevelt were among her fans. The former claimed she did more for the Allied cause than a flotilla of battleships.

It’s true that if you hadn’t already come across Caroline Miniver, this happily married, upper-class wife and mother, going about her pre-war round of London dinners and country-house parties, might sound paralysingly dull and indeed insufferably smug. Mrs Miniver purchases an engagement diary! Mrs Miniver recruits a charlady! Mrs Miniver ponders the acquisition of a new motor car! How trivial and spoilt, you might think. And so it could have been, were it not for the remarkable observational gift and radiant humanity of Mrs Miniver’s creator, Joyce Maxtone Graham, alias Jan Struther, whose own complicated double life is revealed in Ysenda Maxtone Graham’s wonderful biography The Real Mrs Miniver.

Born Joyce Anstruther in 1901, she shared her birth initials with another great English miniaturist, Jane Austen. Famously, Austen described the world of her novels as ‘the little bit (two inches wide) of ivory on which I work’. In neither case should narrowness of society be mistaken for smallness of mind or limitation of talent. Both Joyce and Jane could find the universal in a picnic or in the daily doings of well-bred wives who shop at Peter Jones.

It was 1937 when Joyce Anstruther, petite, beady-eyed writer of poems, hymns and comic sketches for Punch, was asked by Peter Fleming, a leader-writer on The Times, to help cheer up the paper’s Court pages. Fleming wanted to add ‘a light and feminine touch’, in the form of occasional stories about a fictional woman. ‘What sort of woman?’ Joyce asked. ‘Oh, I don’t know – just an ordinary sort of woman who leads an ordinary sort of life. Rather like yourself.’

The Mrs Miniver pieces appeared every fortnight for two years and were collected in book form in October 1939. They were signed simply ‘from a correspondent’, though, as Ysenda Maxtone Graham remarks in her prologue to The Real Mrs Miniver, ‘There seemed no doubt that they must have been written by a contented, well-balanced, happily married woman who longed to share her joy in life, and her peace of mind, with Times readers.’

As Joyce Anstruther’s granddaughter, Ysenda knew how far from the truth that picture was. Joyce/Jan was a cat’s cradle of contradictions. A woman who wrote simple, rapturous hymns, like ‘Lord of All Hopefulness’, she was a complicated agnostic. Author of a stirring, patriotic portrait of Blighty hailed as a wartime classic, she left London for America in 1940 and was accused of both hypocrisy and treachery. Born into a grand family (she attended school with the future Queen Mother), throughout her life the ‘raggle-taggle gypsy in her head’ dared her to run off and do something wild. A sociable creature with a contagious zest for life, she struggled with vile depressions which she called ‘the Jungles’. Even as she was writing about Mrs Miniver’s blessed, enviable marriage to Clem, a successful architect, her own once happy union with Anthony (Tony) Maxtone Graham, a Lloyd’s broker, was in trouble beyond repair.

In real life, the writer whose fictional heroine delighted readers with her fortitude and loyalty had begun an affair with a penniless Viennese Jewish poet and refugee called Adolf (‘Dolf’) Placzek. While she was touring the US wearing her Mrs Miniver hat, giving uplifting speeches to crowds of rapt Americans, Joyce was meeting her lover for passionate trysts. ‘No one guessed – no one could possibly have guessed – that she was living two parallel lives,’ writes Ysenda Maxtone Graham.

In lesser or more salacious hands, this biography could so easily have been one of those lip-smacking tabloid exposés: ‘Revealed: The Dark Truth about the Saintly Mrs Miniver!’ It is Jan Struther’s good luck – and ours – that the author of The Real Mrs Miniver is not just her own granddaughter, with all the familial concern that implies, but also the inheritor of her remarkable talent.

I think it was Clive James who said that humour is ‘common sense dancing’. That will do perfectly for both Ysenda and the grandmother who tragically died aged 52 in 1953, nine years before Ysenda was born. Both writers can make thoughts and feelings dance on the page, not just for effect – though the effect is often lovely – but the better to make us understand what it’s like to live inside another human being’s head. Here is Ysenda, scalpel in hand, with her grandparents’ dead marriage on the slab, trying to dissect what went wrong: ‘There came a time when Tony was only comfortable when he was inside the safe walls of an anecdote, with its beginning, middle and end.’

That is every bit as good a skewering of middle-aged male withdrawal into life’s golf club as Joyce Anstruther’s own reflections on ‘the genus Old Boy’. Both magpies with an ability to ‘pick out lovely bits suddenly’, when it comes to setting down the truth, Joyce and Ysenda can be ruthless. ‘If she was not enjoying something she liked to ruin it for everyone else,’ concludes Ysenda briskly, having researched a holiday which Joyce took with friends.

The grandmother who deplored the fact that most adults so outgrow their childhood selves they become ‘great big f***ing bores’ might well have winced at some of Ysenda’s observations, but the writer in her would surely have applauded the lethal, epigrammatic summing up of Joyce as a mother: ‘The love she felt for her children was all the more intense because she saw so little of them.’

Throughout the book, Ysend’’s method is gently to peel apart Joyce’s double life by juxtaposing her published prose and poetry with private diaries, letters and the recollections of friends and relatives. She quotes at length from the miraculously good ‘Christmas Stockings’ piece. In it, Mrs Miniver reflects how the tender pleasures of early morning on 25 December can, at a stroke

‘pay off the accumulation on the debit side of parenthood – the morning sickness and the quite astonishing pain, the pram in the passage . . . the pungent white mice, the shrivelled caterpillars; the nameless horrors down the crevices of armchairs; the alarms and emergencies, the swallowed button, the inexplicable earache, the ominous rash appearing on the eve of a journey; the school bills . . . the emotional compromises, the divided loyalties, the adventures continually forsworn.’

After letting the passage work its magic, Ysenda adds quietly that, in her annotated copy of Mrs Miniver, Joyce’s daughter Janet had scribbled, ‘I don’t remember my parents forswearing many adventures.’

This is the best kind of biographical sleuthery: entering without breaking. Maxtone Graham doesn’t cry, ‘Gotcha!’ at this discrepancy between the selfless ideal committed to print by Joyce, and the reality of frequently absent parents which her daughter later recalled. She is subtle enough to appreciate that her grandmother was not lying; what she set down was both true and untrue in the way that fiction always is. That writers are shits and angels, that out of ‘frivolity and unbelief’ can come hymns which shore up people’s faith, just as out of attention-seeking and black mood-swings can come the sweet consolation and eternal wisdom of Mrs Miniver.

Am I making the book sound too bleak? Lord, I hope not. Yes, it is shot through with sadness, but there are only a handful of mortals who have been fully alive to what the poet Louis MacNeice called ‘the drunkenness of things being various’ and Joyce Anstruther was one of them. Her granddaughter captures that intoxication in the pages that follow. In 1939, just after they met, Joyce and Dolf went to one of Myra Hess’s famous wartime piano recitals at the National Gallery. Afterwards, on the steps outside, Maxtone Graham tells us that her tiny grandmother looked up at the lofty Dolf and said: ‘Bach is so all-right-making, isn’t he?’ ‘Who is this magical creature who can express what I have always thought about Bach, but have never found the right words?’ thought Dolf.

The Real Mrs Miniver is very all-right-making. In 2002, it was shortlisted for the Whitbread Biography of the Year, though I can’t think of a more deserving winner. In the past decade, I must have given it as a gift to everyone I love, because it is about love and, like all the best books, it teaches us how to live.

Towards the end of her too-brief life, Joyce Anstruther drew up a characteristically brave, funny, defiant list which outlined the conflicts of a double life in which she had often been mistaken for her own fictional heroine. The first persona she described as follows: ‘Jan Struther, the well-known and successful writer, lecturer, radio-performer etc (with a subdivision called Jan Struther, the much-too-little-known and really pretty terrific serious poet whose depth and brilliance will only really be appreciated by a discerning literary public after she is dead).’

What Joyce couldn’t know was that, nine years after she died, a girl would be born who would grow up and use that same really pretty terrific gift to bring her grandmother back to life. And what a life.

Allison Pearson is a columnist for the Daily Telegraph and has written two novels. 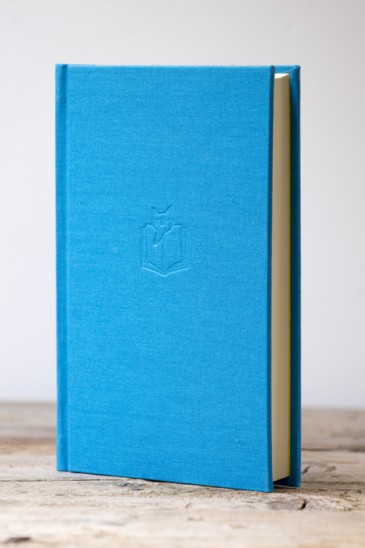 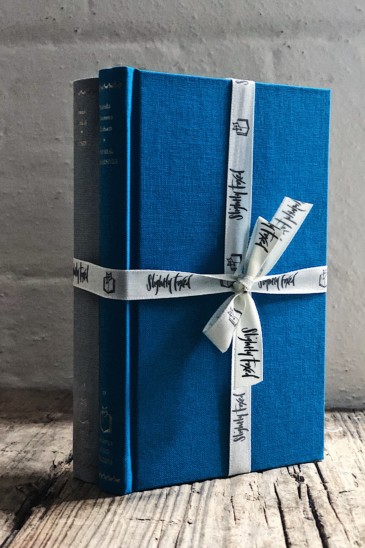