Few bookshops in London have the density of books, informed staff or seductive atmosphere to compare with John Sandoe’s. It opened in Chelsea in 1957, and has recently expanded into the third of the Georgian cottages that make up its shop front. The intimate premises retain their striking atmosphere of bibliographic profusion: there are nearly 30,000 books here, most of them single copies. Johnny de Falbe and Stewart Grimshaw took over the shop from John Sandoe in 1989. We asked Johnny, who was a regular contributor to Slightly Foxed in its early days, to talk to us about this distinguished independent bookshop.

Please tell us about your bookshop. What makes it special?

‘You’ll find plentiful prize bats in this glorious belfry,’ John Cleese said of us recently. We take this as an oblique but beguiling compliment referring in the first place to the selection (rather than the staff) and then to the shop itself.

Selection is of course what every bookshop stands or falls on. Ours is shaped by the four lists of new and forthcoming books that we take trouble to compile and write each year. Sometimes people appear to think that stock comes in by magic, or is automatically sent to us by publishers according to some mysterious arrangement. But every book is chosen, which means that we should understand why every book is here; and, conversely, that if we can’t say of a book why someone might wish to buy it then its place should be surrendered to one whose value we know. Our selection will certainly be seen by some as odd at times, but that’s because we are driven by familiarity with many of our customers and also by our own taste. Why is a book on Ottoman shoes knocking about? Because we have a particular customer whom we expect to pounce on it. Why are our bestsellers not the same as those listed in, say, the Sunday Times? Because eighteen out of twenty of our bestselling books in any given year will have been read by us and actively recommended.

As for the place, it is unusual: certainly it is crammed with books and the staircases are narrow, but there are big windows, so in fact it’s light and airy too. It is felt by many to be an oasis in modern London, and the frequent gasps of delight as newcomers discover us are gratifying. Neither the place nor the selection would work, however, if our service were not intelligent and efficient. We are in constant conversation with customers, and successfully source books that other shops apparently fail on.

What first inspired you to become a bookseller?

As an undergraduate, I went to work during vacations for my cousin John Saumarez Smith, who ran Heywood Hill for forty years. I stumbled into Sandoe’s in my early twenties, working part time while I tried to import ceramics from Turkey. I found I was better at selling books than ceramics, and I loved the shop. More than thirty years later, John uses a desk upstairs here, which is a pleasing circle.

What are your all-time favourite reads and why?

I wrote about several of my favourite books in early issues of Slightly Foxed, for example Gregor von Rezzori’s The Snows of Yesteryear, a memoir of growing up in Habsburg lands in the early years of the twentieth century. But any such list for me would really begin with The Leopard by Lampedusa, which still strikes me as the greatest novel ever written. Less obviously, I adore Shirley Hazzard’s The Transit of Venus, a magnificent and subtle account of the heart’s vagaries spanning the lives of two sisters. Written in her characteristically precise prose, it is a literary wonder for some people but still surprisingly unknown among regular readers. These three books all live at Sandoe’s on an old Harvill spinner that we keep on the shop floor, partly because it’s a valuable sales point and partly in honour of the Harvill Press who, under Christopher MacLehose, published so many of our favourite books. Also on this spinner are the works of Javier Marias, whom we have been selling in abundance for 25 years, W.G. Sebald, Andrei Kurkov, Marilynne Robinson, William Maxwell, Magda Szabo, the great Life of Rebecca Jones by Angharad Price . . .

Who would be your dream bookshop party guests?

Lampedusa, von Rezzori and Hazzard, obviously, and perhaps we might be favoured by Lampedusa’s cousin, Lucio Piccolo, too. Maybe Maxwell and Sylvia Townsend Warner (think of her letters with Maxwell!); also Penelope Fitzgerald and – is this a sit-down party? – MacLehose himself at the head of the table, please. If it’s a big table – and it would have to go round corners in this shop – then let’s ask Hisham Matar, Mrs Robinson and Dirk (see below). And since we already seem to be presuming on a sophisticated level of necromancy then Montaigne should be invited. Finally, or first, the party will be very much better if Boojum (my wife) would join us.

Who has been your favourite customer?

During the last years of his life, Dirk Bogarde lived nearby. Every day, he would go for a walk and drop in for a few minutes. He could be acerbic and grumpy, but I was very fond of him and I loved the sense that the shop could be a kind of refuge for him. We have his kitchen clock hanging in the shop, thanks to one of his nephews who used to work here. It has achieved its own surprising literary glory with a cameo appearance in Edna O’Brien’s The Little Red Chairs.

My favourite anecdote concerns Elena Ferrante. When Boojum started working here a few years ago, the very first proof she picked up and read was My Brilliant Friend. She thought so highly of it that she pushed the book at people (including me) as soon as it was published. The second one came out and we were selling them well; customer responses were good. Tired of apologizing for the jacket, we contacted Europa to ask if the author (at that stage, virtually unknown) would consider us doing a special limited edition hardback of My Brilliant Friend. The answer was positive. Would she sign them? Of course. It took a while for questions and answers to go back and forth and our edition (26 in leather, 100 in silk) finally came out around the publication of the quartet’s final book. We have sold out of them now, but it amuses me to think that we are the source of the only hardback (and signed) Ferrantes that I know of.

What are your top book picks for autumn 2016?

The autumn is rather a dismal time for fiction because most interesting novels are published earlier in the year, but I always look forward to Robert Harris (Conclave) and I like the sound of A.N. Wilson’s Resolution: A Novel of Captain Cook’s Adventures of Discovery. More to the point, I will do my best to sell a lot more copies of Tom Bullough’s superb Addlands, a novel set in a Welsh hill farming community spanning the second half of the twentieth century. For non-fiction, I am half way through a proof of Minoo Dinshaw’s extraordinary life of the historian Steven Runciman, Outlandish Knight. It won’t be for everyone (it’s long, dense and somewhat convoluted) but it is brilliant, vibrant, witty and impressive. For a picture book, if anyone has a large oblong stocking to fill then they should insert a copy of Abbas Kiarostami – Doors and Memories – pictures of ancient, locked doors in Iran. 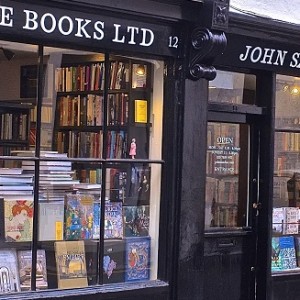 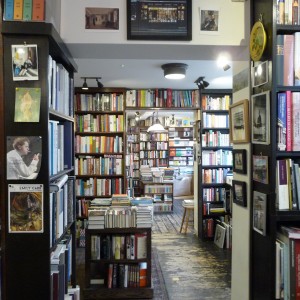 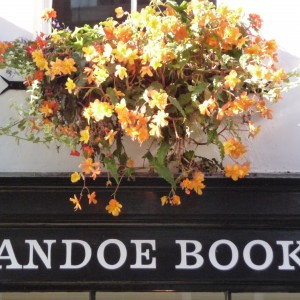 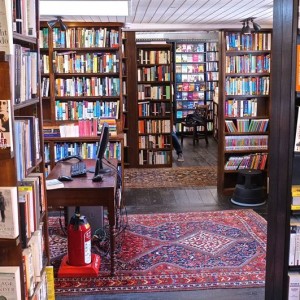 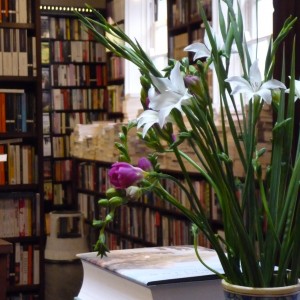 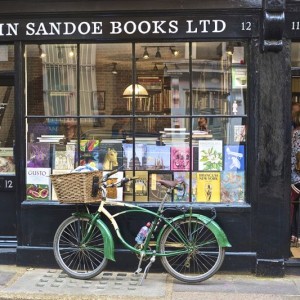 As many of our readers will know, Little Toller Books is an independent press that revives classic books about nature and rural life, and has published a whole host of Slightly Foxed favourites over the years: Gavin Maxwell, Edward Thomas, Adrian Bell and Clare Leighton to name just a few. Therefore, we’re thrilled that our friends at Little Toller have now opened a bookshop in Beaminster, West Dorset. Alongside their own titles, they stock a wide range of books that celebrate the very best writing about the natural world, as well as specially selected fiction, non-fiction and children’s books. The booksellers are staunch supporters of independent publishers, and many Slightly Foxed titles can be spotted in their beautiful displays.

The White Horse Bookshop is a proudly independent bookshop in a renovated Tudor townhouse in Marlborough, Wiltshire. Although their doors are closed to the public for the moment, the bookshop is very much open for business through their recently updated website. Wearing a smart new look for spring, it’s replete with recommendations, highlights and new books lists for customers’ online browsing pleasure. The booksellers are in full swing orchestrating click and collect and postal order services. A trip to Wiltshire to browse this beautiful bookshop in person is high on our list of bookish destinations to visit when we can. In the meantime, it was a pleasure to speak to bookseller Angus to learn more about life at White Horse Books.