Good-humoured, unpretentious and a bit eccentric, Slightly Foxed is more like having a well-read friend than a literary magazine subscription.

Slightly Foxed is published four times a year, on 1 March, 1 June, 1 September and 1 December (early release for Christmas in November).

We’d be delighted if you took out a subscription – for yourself or as a gift for a fellow booklover. Please take a moment to answer a few simple questions so we can ensure this subscription makes it way to our packing desk in perfect order. If you would like to take out more than one subscription you will be able to do this once you reach the end of the helper.

A Slightly Foxed literary magazine subscription provides booklovers with a whole world of good reading throughout the year. More than just a book subscription magazine, our readers receive access to special rates on one-off purchases of our limited-edition books and on our book subscription services for adults and children. 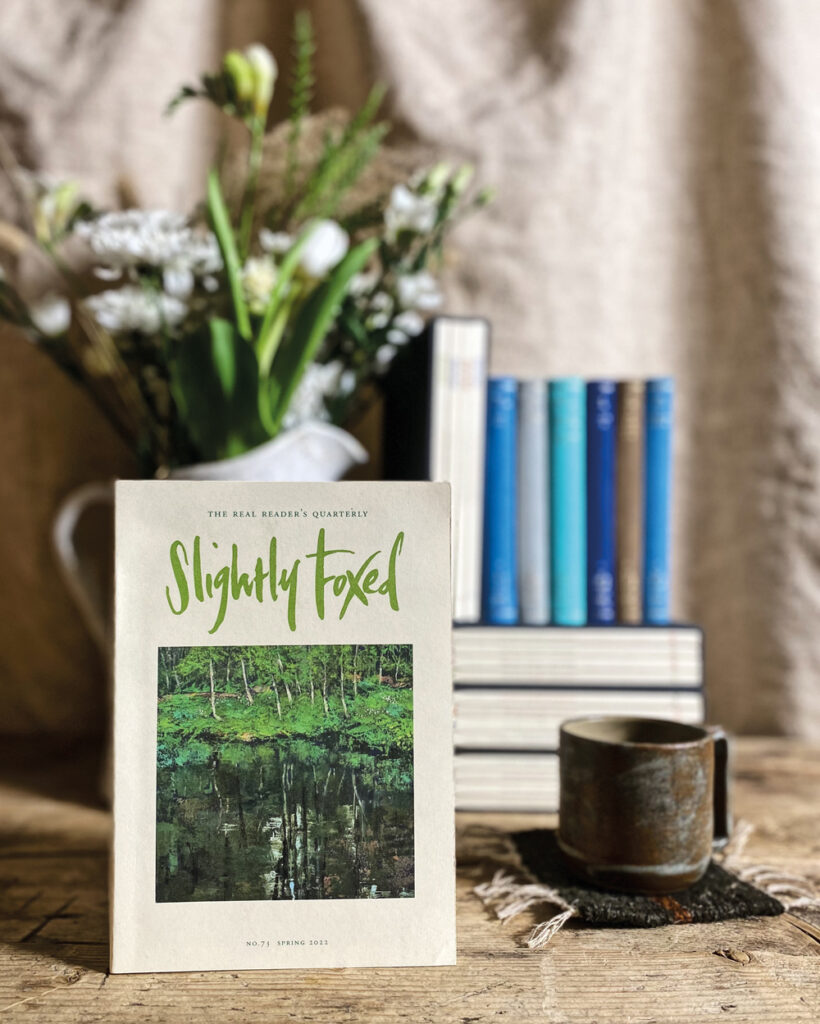 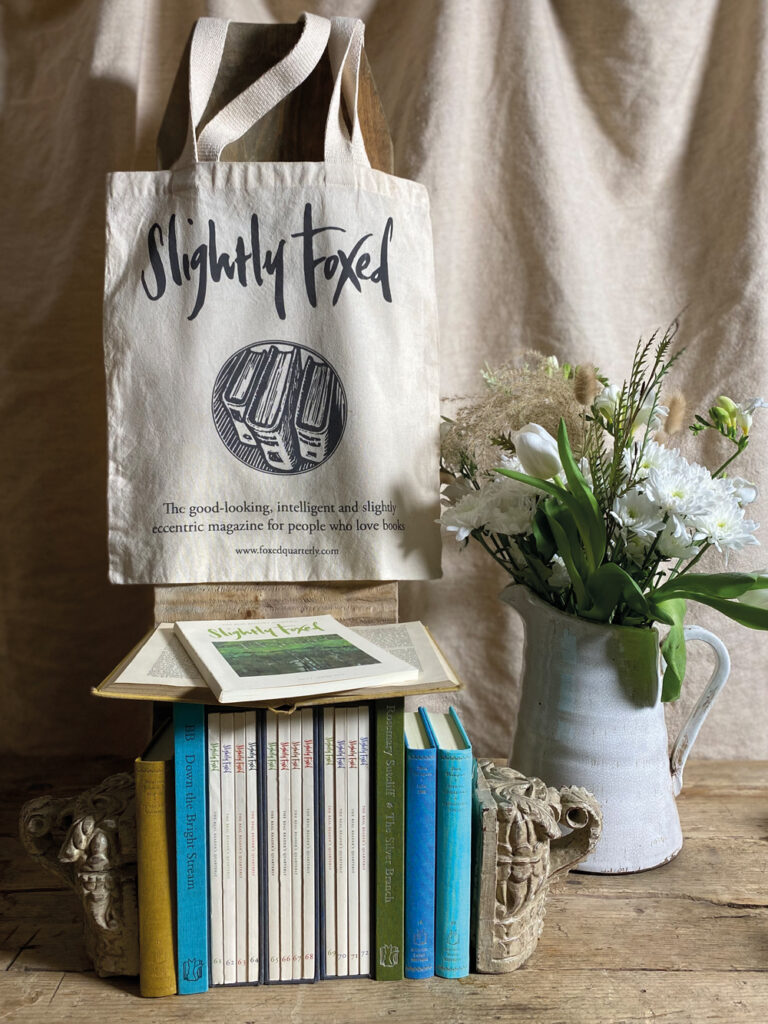 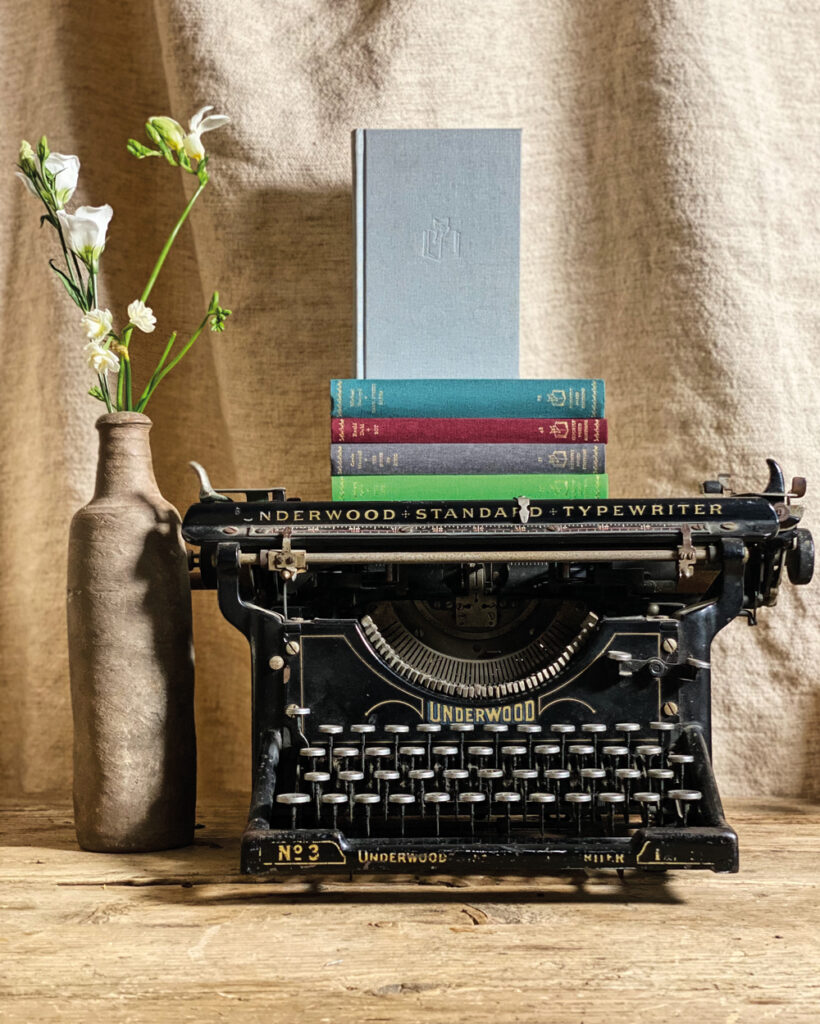 Although described as a literary magazine or readers’ journal, Slightly Foxed is much more like a well-read and bookish friend. Printed on fine cream paper and beautifully illustrated, it has the look and feel of a slim paperback, while its content and presentation reflect the editors’ belief that there are many more books worth reading than those featured on the bestseller lists. The craftsmen printers Smith Settle in Yorkshire have been responsible for printing Slightly Foxed from the first issue. They also print and bind all the books subsequently produced by the company.

Each issue of Slightly Foxed contains around 16 essays on books and authors and encompasses a wide variety of genres. Open a copy at random, turn to the bibliography three pages from the back, and there you’ll find an eclectic mix of titles, old and new ‒ novels, travel, memoirs, history, poetry, children’s books, letters, cookery, the countryside and even dictionaries and quirky instruction manuals alongside articles on subjects such as bookplates, editing, blurb-writing or tributes to favourite bookshops. This diverse range makes it the perfect companion for the curious and adventurous reader.

Authors are paid for all contributions and although most contributors are published and often well-known (P. D. James, Penelope Lively, Richard Mabey, Diana Athill, Ronald Blythe and Robert Macfarlane to name but a few) the editors also accept interesting reviews from the general public. All artwork is commissioned by the editors and some of the unique and much-admired images have been successfully reproduced on cards, tea-towels, a calendar and postcards ‒ Posy Simmonds, Quentin Blake, Jackie Morris, Coralie Bickford-Smith and Angela Harding have all produced cover images.

A number of the books have been so successful that a reprint series was launched in 2011 and the most popular titles are now available as elegant clothbound hardback Plain Editions. A children’s series ‒ Slightly Foxed Cubs – created initially to reissue Ronald Welch’s fine series of historical adventure novels featuring the Carey family – was launched in 2013 with Knight Crusader and now includes 14 of Welch’s works as well as a set of 7 Roman and post-Roman novels by Rosemary Sutcliff and a trio of BB’s classic nature novels: Brendon Chase; The Little Grey Men and Down the Bright Stream.

You can browse and buy a range of book subscription gifts for children on the Sets & Bundles page. 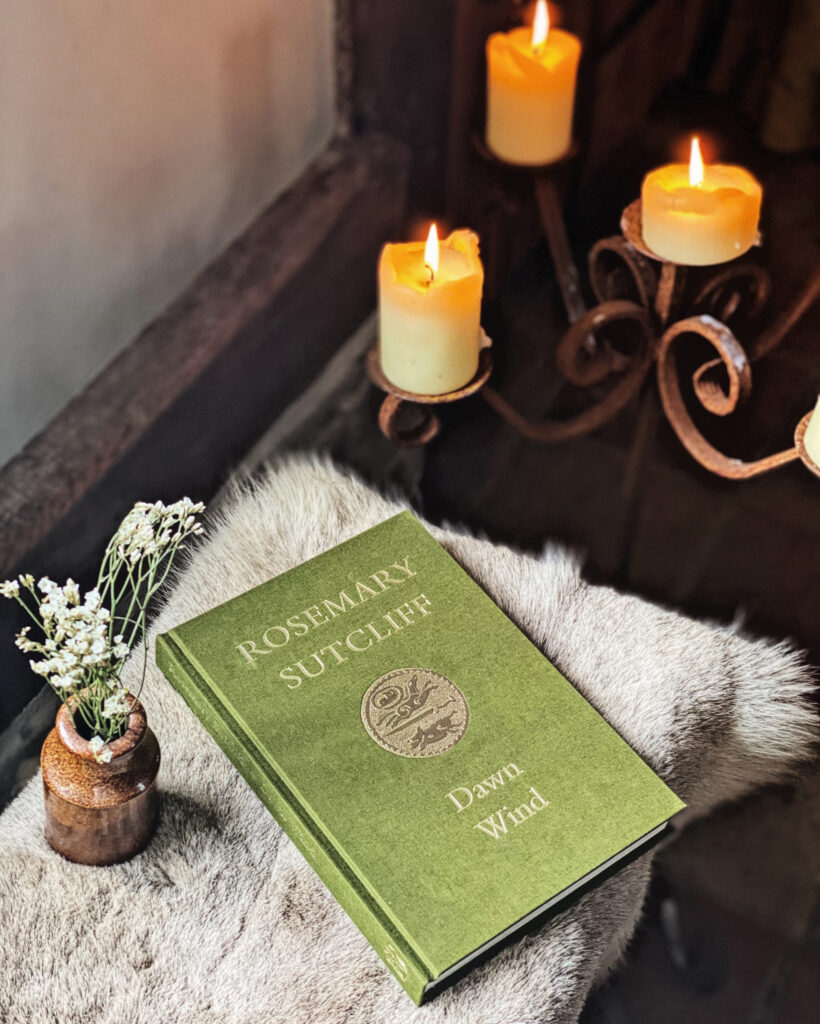 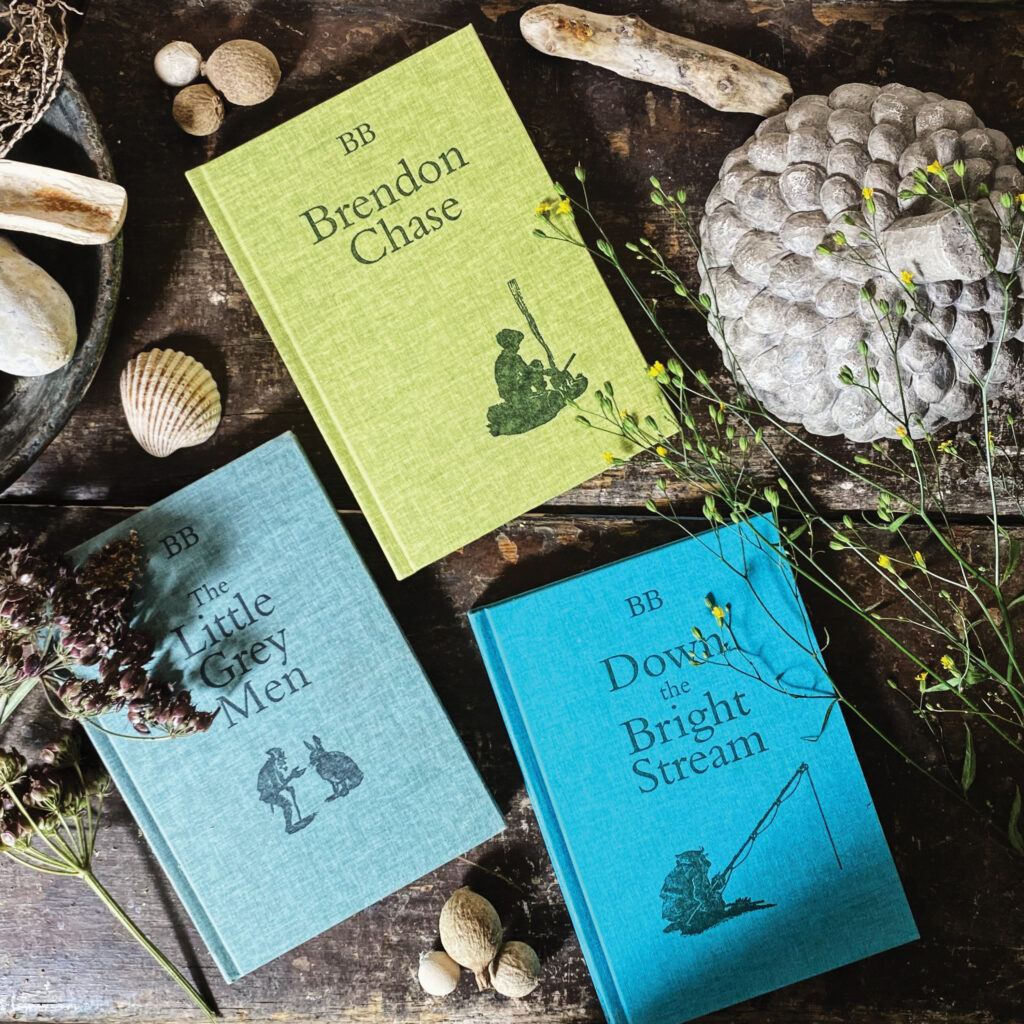 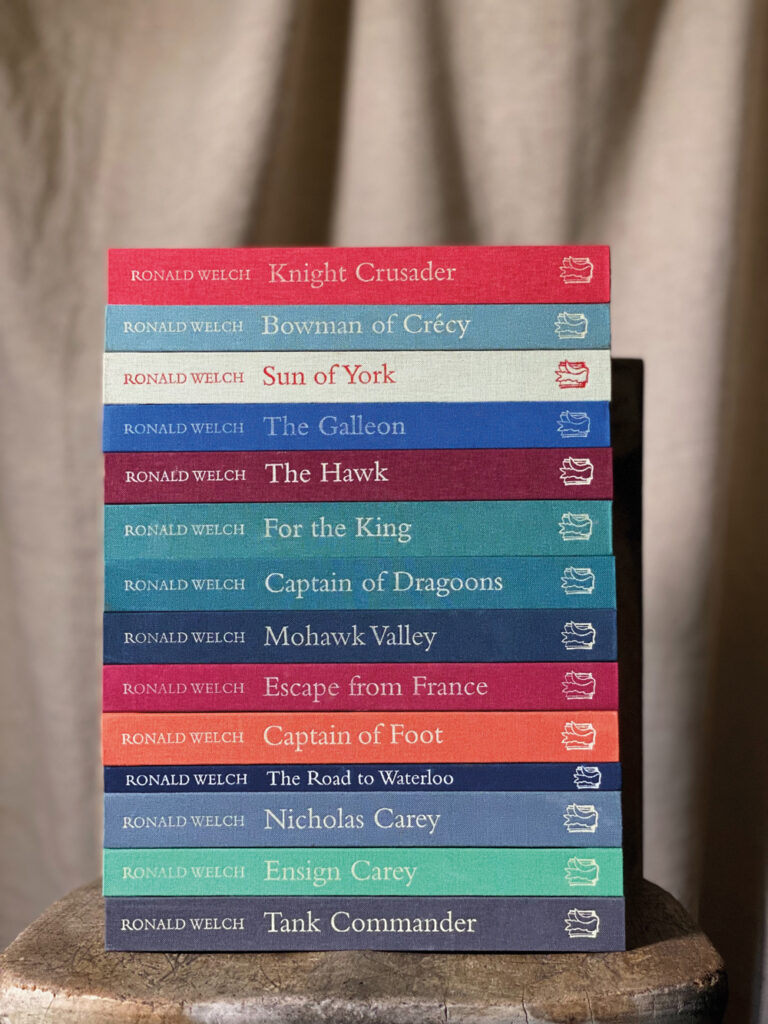 What began with just a few hundred like-minded subscribers whose issues were dispatched from the kitchen table has since grown steadily into a well-regarded literary magazine, an independent publishing house, and a readership of over 20,000 book lovers around the world. 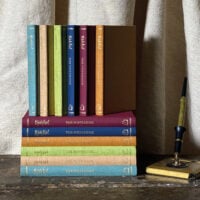 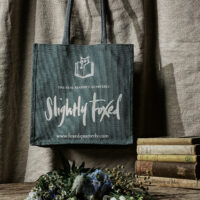 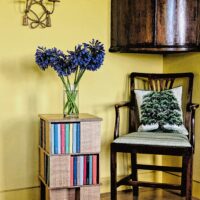 This item has been added to your basket, would you like to add another?
Continue shopping
Go to checkout