Belgravia Books of London is an independent bookshop run by an independent publisher, so it is no wonder that Slightly Foxed has sat proudly on its shelves since it opened its doors six years ago. We always enjoy our quarterly conversations with bookseller Andy Barr about our latest offerings, so it was a pleasure to delve further into the workings of this small but bountiful bookshop, and pick up some well-considered reading recommendations along the way.

Between questioning both Andy and Nolan, his fellow bookseller, we were delighted to be offered their bookshop for our Winter Launch Party in December 2017. It was a welcoming venue for our Christmas drinks, and we very much enjoyed raising a glass with Belgravia Books.

Please tell us about your bookshop. What makes it special?

We are an independent publisher as well as an independent bookshop. The publisher, Gallic Books, came first, specialising in translations from the French. We recently marked its tenth anniversary. As a publisher we are probably best known for The Elegance of the Hedgehog by Muriel Barbery, as well as the novels of Antoine Laurain. In 2015 we launched a second imprint, Aardvark Bureau, focusing on fiction from all over the world, and we now count among our authors Dan Rhodes and Roma Tearne, as well as Fiona Kidman, one of New Zealand’s leading authors.

The shop first opened its doors in 2011. If I’m honest, all that matters are the books. We are not very big and space is at a premium, and like most independents we cannot compete against the big boys, either on the high street or online. However, there are an awful lot of books out there, and all I do is choose those I think will sell, many of which I know will not feature so prominently elsewhere. We aim to show something different and we are always prepared to give honest recommendations.

In an area that continues to be overrun by chain stores and high-end commercialism, Belgravia Books is a welcome haven of friendly faces. I would like to think that we are trusted booksellers, welcoming the regular customers we have come to know quite well, along with tourists who, like us, cannot resist the urge to browse an independent bookshop when they pass one.

What first inspired you to become a bookseller?

I don’t think it’s what inspired me to become a bookseller so much as what keeps me being a bookseller. The former is pretty straightforward – I got a job in a bookshop 22 years ago and that is pretty much all I have done ever since.

In that time much about the industry has changed, and I would be lying if I said all of it was for the better. I have worked for a chain bookseller as well as in the independent sector. I have seen many things come and go – shops, publishing trends, customers, multibuys and deep discounting (as well as colleagues, credit card terminals, keyboards and staplers – I am forever breaking the stapler). There has always been a cloud of doom seemingly threatening the world of bookselling, and there probably always will be, but the thing about reading books is that it’s a remarkably simple, efficient and inexpensive pleasure. There has to be a showcase for the many books published each month and the infinite number already in print. A bookshop is the best way to put books in front of people and say ‘look at these’ and ‘read this’, especially for those titles readers hadn’t previously known about.

All of which is just a roundabout way of saying what inspires me to remain a bookseller is the simple fact that it’s still possible to sell physical books.

What are your all-time favourite reads and why?

There are rather a lot of all-time favourite reads: the works of J. L. Carr, Catch 22 by Joseph Heller, The End of Vandalism by Tom Drury and Ask the Dust by John Fante. All of which I adore because they surprised me, which is no easy feat when you have read a lot of books.

Stella Gibbon’s Cold Comfort Farm is a habitual reread as it is as sharp as it is funny and I always find something new in it with each reading. The Once and Future King by T. H. White is hugely enjoyable – a unique mix of being both utterly charming and riveting. The Age of Innocence by Edith Wharton is the one book I had to study which I have gone back to: for all its quietness and polite veneer, it is a ruthless book, in both its doomed love and in Wharton’s take on the world she grew up in.

The Queen’s Gambit by Walter Tevis is perhaps the closest I have come to a perfect novel. I will never tire of making people buy it. It is a book that has been passed among all the staff; Jane Aitken, the owner, finally persuaded me to give it a go and it blew me away. A good book will capture your interest, whether or not you are interested in what it’s about, and Tevis succeeds in this tale of chess. It never goes where you think it is going to go, the pages of internalised strategy are weirdly gripping and the ending is just too perfect.

The Old Man and the Sea is my go-to book. I have a well-thumbed paperback at home that I have reread over the years and the book itself has come to mean as much to me as the story. It is a very simple tale of human endurance with a humbling paradox at the end. It is the perfect novella.

As a teenager I pinched a library copy (one day I will return it) of Gombrich’s The Story of Art. It unleashed my appetite for art. There has been no going back. As art history goes, it may be slightly outmoded in parts, but it is an unbeatable introduction, and I recommend it to people hoping it will inspire them the same way it inspired me.

Who would be your dream bookshop party guests?

I have a lot of favourite authors whose works I have obsessively and methodically made my way through. Ray Bradbury, Muriel Spark, Philip K. Dick, Stella Gibbons, Alexandre Dumas, Douglas Adams, and our own Pascal Garnier. I like the idea of having them all in the same place, and even more so the idea of watching Muriel Spark square up to Philip K. Dick. I doubt I would be able to bring myself to speak to any of them as I would be too busy trying not to be a fanboy.

I think it would be hugely entertaining to hear Winston Churchill read from one of his many, many biographies. He would have a good snipe at them. Yuval Noah Harari would be high on my invitation list. I am definitely not qualified to debate with him but after reading his book Homo Deus I would love to pick his brain.

I think over the years the occasions that have stood out are when customers have made a point of thanking us for recommendations. There will be an email from someone who was over here on holiday, or a return visit because we successfully sent them on their way with something they have enjoyed (often The Queen’s Gambit). Or, as once happened when I was working in the City, a customer who had read all of my staff picks made a point of seeking me out in the branch I had moved to, to thank me in person for getting him to read something other than Dan Brown; in the City, this extent of lunchtime movement just does not happen – time is short and they do not like to go far (which is why some of our branches were just hundreds of metres apart).

What are your top picks for winter?

This year we are spoilt for choice, and more so than normal, with appearances by a lot of authors from Christmases past – John le Carré, Philip Pullman, Stephen Fry, Niall Fergusson, among many others. A lot of these books will sell themselves. Particular highlights for me to shift this season are some of the titles that have crept out already.

Pantheon by Hamish Steele is a graphic novel of ancient Egyptian myth that is very funny, a little bit puerile and every bit brilliant.

Canongate have reissued some more Richard Brautigan novels. Brautigan is one of those American writers that gets pushed into a literary movement but there is nobody like him. There is a real charm and humanity to all his books, as well as liberal doses of oddness. So the Wind Won’t Blow it all Away is a coming-of-age tale like no other and probably my favourite of all of his.

There is a series of board books called Baby University that have to be seen to be believed. And then bought. Newtonian physics, quantum entanglement, optical physics and more besides, rendered as simple as possible for new minds. They are genuinely wonderful and I have a feeling they will be destined as much for grown-ups as for infants.

I also have an additional excuse to force Bird in a Cage by Frédéric Dard on to readers. Pushkin published this in 2016. It is slim, steeped in deceit and paranoia, and just happens to be set over the Christmas holiday.

I am happy to see a new novel from Alan Hollinghurst. The Sparsholt Affair reminds me what a pleasure his books are to read. I love his wit and tense romantic style. He is one of the few good authors these days who do not shout for attention with coarse and grim subjects, he just writes beautifully about beautiful things.

Collecting the World by James Delbourgo is a fascinating read, and quite relevant to the history of our local area. It is a biography of Hans Sloane (the first in sixty years!). Other than seeing his name on street signs, most of us know so little or nothing about him, which is exactly why I recommend it. His extremely ambitious collection of art and artefacts became the founding collection of the British Museum. 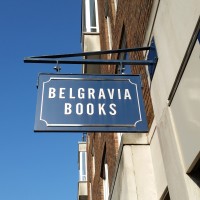 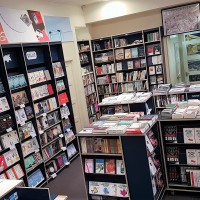 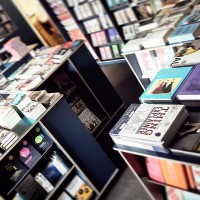 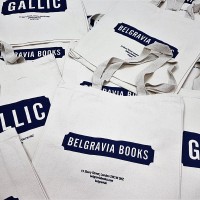 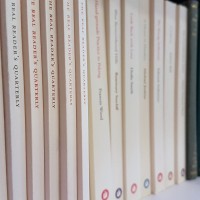 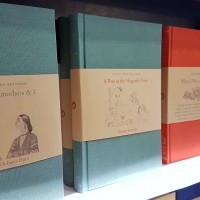