Slightly Foxed Issue 28: From the Editors

Predictably perhaps, given the season, it’s all go here at Slightly Foxed, what with dispatching the new book bags (for which there’s been a gratifying demand – hurry while stocks last!), taking orders and sending off copies of the quarterly to new subscribers. Then, of course, there’s fulfilling requests for Slightly Foxed Editions, forwarding orders for slipcases (also very popular at this time of year), chatting on the phone to those of you who ring us with enquiries and suggestions (always welcome), not to mention all the stuffing and franking of envelopes that goes with a small business like ours.
- Gail Pirkis & Hazel Wood
From the editors 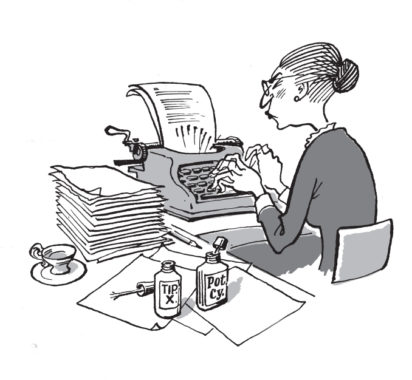 I love Acknowledgements. They are the Pearl & Dean moment before the main feature at the cinema, like taking time to admire the colour of the wine before the first sip, like standing on the diving board and admiring the scenery before you take the plunge. You can linger over the author’s courtesies just to put off the expected pleasures of the book.
SF magazine subscribers only 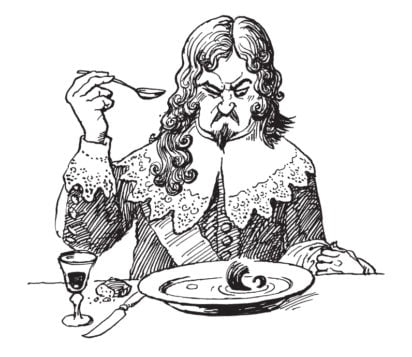 ‘My head’, John Aubrey once said, ‘was always working, never idle, and even travelling did glean some observations, some whereof are to be valued.’ No doubt at all about that, even if, as he admitted, he ‘set things down tumultuarily, as if tumbled out of a Sack’. Indeed, his lack of discipline is perhaps the chief reason why the collection of his biographical notes, known as Brief Lives, survives as one of the most delightful of all books about life in seventeenth-century England and the personalities who lived it.
SF magazine subscribers only
When I was 7, I was given The Tree that Sat Down and The Stream that Stood Still, published as companion volumes in an abridged edition and written by Beverley Nichols. Apart from a strange dedication on the flyleaf, there were no clues about the author, no dust-jacket with photograph and potted biography. As a result, for years I assumed that Beverley Nichols, like Evelyn Waugh, was a lady novelist, having seen their names beside those of Marie Corelli, Mary Webb, Clemence Dane and Lady Fortescue on the bookshelves of my grandmother and her contemporaries. This entirely plausible belief lasted until A levels, when Evelyn’s true identity was unmasked in a set text. Beverley too, I now knew, was also male and the author of archly titled books on houses and gardens. But that was all.
SF magazine subscribers only
When Molly Keane’s best-known novel, Good Behaviour (1981), was pipped to the Booker Prize post by Salman Rushdie’s Midnight’s Children she did not much mind. She was ‘ecstatic’ over its success, calling it ‘too extraordinary’. But this extravagant tone was neither archness nor Mitfordian flippancy (although, appropriate to her upbringing, she exhibited a strong, unsnobbish belief in the value of taste). She meant it. Molly Keane (1904–96) never considered herself a writer: ‘It’s all a great surprise to me – if you were to give me some old book of mine I’d read it with great surprise as though I had no connection with it at all.’ 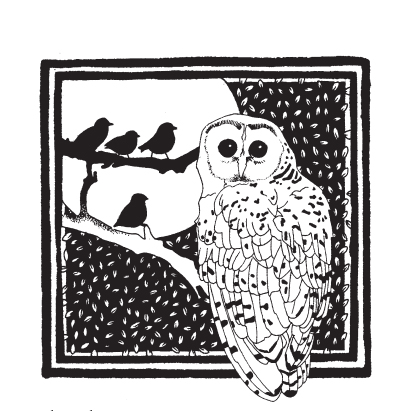 When Jenny Swann’s mother died and left her a little money, she wanted to do something with it that her intelligent, well-read mother would have liked. So she started publishing poetry – not large chunks of it between traditional hard covers, but poetry in small, tempting, bite-size helpings, attractive to those who already love poetry, and easily digestible by those who don’t normally read it. The latter were the people she particularly wanted to reach. She hoped that discovering a poem they enjoyed might tickle their taste buds and lead them on to more of the poet’s work.
SF magazine subscribers only
Nicolson’s instinctive love of his islands only grew with time, and he bequeathed them to his son Adam as a twenty-first birthday present. Sea Room is Adam’s own love letter to the Shiants, written after more than two decades of growing intimacy with these stark, indifferent rocks, as he prepares to hand them on in turn to his own son Tom, just coming of age. This is no romantic evocation of a Rousseau-like idyll, but a raw appraisal of a place of infinite riches yet grinding poverty, of songs and stories, strife and struggle – yet his account is imbued  with such passion that it left me almost feeling homesick for somewhere I’m unlikely ever to visit.
SF magazine subscribers only 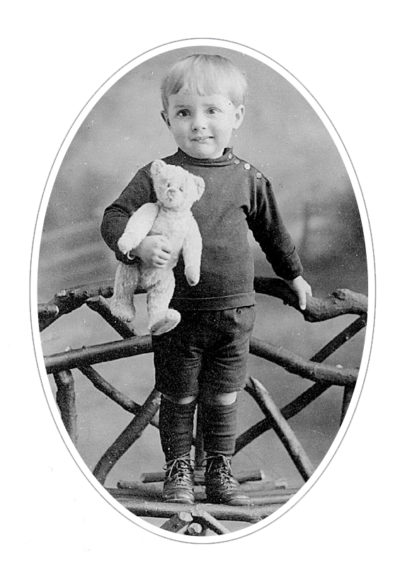 ‘Call this poetry!’ I said indignantly (it wasn’t the first time I was found too solemn, early in life). Years later I discovered that around the time I was delivering that judgement, Betjeman’s Collected Poems was selling a thousand copies a day – third on the bestseller list. (‘What ho!’ its jubilant publisher Jock Murray is said to have exclaimed, ‘I never remember such a dance since we published Byron’s Childe Harold in 1812.’)
SF magazine subscribers only
I first encountered Tété-Michel Kpomassie in a tent on top of the Greenland ice cap. The temperature was minus 30, and I had burrowed into my sleeping bag to read in the small pool of light cast by a miner’s lamp strapped to my forehead. Every so often, like a soft-shelled crab, I poked my head from the bag to take a gulp of air. The tent was brightly lit by the midnight sun, the shimmering sky outside the plastic pane the fabled Arctic blue. But it was impossible to read without being sealed into the bag. One’s fingers froze, otherwise, while turning the pages.
SF magazine subscribers only 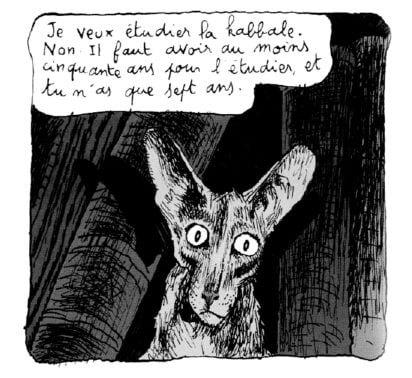 Like so many cats that arrive on a doorstep and choose their owner, Le Chat du rabbin found me. I can’t explain why I was loitering in the bandes dessinées section of a students’ bookshop on the boulevard St Michel – maybe it was raining outside. I picked up Le Chat du rabbin and that was it: the coup de foudre. Only after a patrolling bookshop assistant tapped me on the shoulder some time later did I snap out of the Jewish quarter of Algiers nearly a century ago, where a talking cat lives with a rabbi and his daughter.
SF magazine subscribers only
In 1936 my father designed the house in which I grew up in the Fifties. I would like to say that it was a textbook example of Thirties Modernism, like a small-scale model of an ocean liner in dry dock, with sinuous white curving walls punctuated by Crittall metal windows, and a flat roof – that signifier of all that was modern (or ‘moderne’ in house-speak). The inside white à la Syrie Maugham, with minimalist pale plywood furniture, maybe a Marion Dorn cubist-design rug on the herringbone parquet floor, smudgy John Piper textiles hung at the windows. A regular ‘machine for living’, form elegantly following function. Only it wasn’t.
SF magazine subscribers only 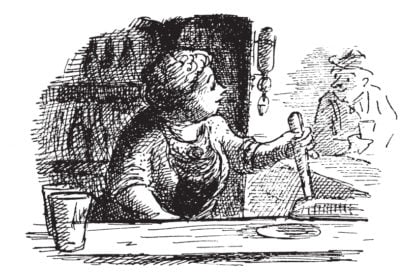 When I began my under-age drinking in the early 1960s this rite of passage took place in pubs that were, in many respects, different from those of today. And it is not just the pubs themselves that have changed – the drinks then on offer have now, in some cases, almost vanished. My initiation, as it turned out, took place during a pivotal decade in the history of the pub.
SF magazine subscribers only 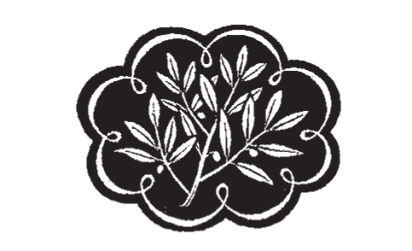 Maurice Baring – who was my godfather – once had a dream. He crossed the Styx, and there on the other side was, as he put it, ‘a Customs House, and an official who had, inscribed in golden letters on his cap, Chemins de fer de l’Enfer, who said to me “Have you anything to declare?” And he handed me a printed list on which, instead of wine, spirits, tobacco, silk, lace, etc., there was printed Sanskrit, Hebrew, Greek, Latin, French, Italian, German, Spanish, Scandinavian, Chinese, Arabic and Persian, and it was explained to me that this list referred to the literary baggage I had travelled with during my life.’ Have You Anything to Declare? was the title he gave to the best anthology of poetry and prose I know. For the past half-century I have bought any copy I see in a second-hand bookshop to give as a present. During that time at least a dozen must have passed through my hands.
SF magazine subscribers only 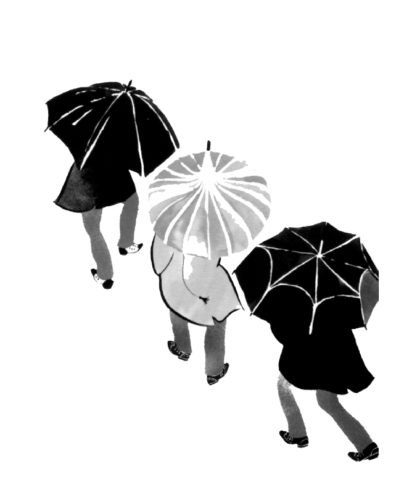 On a summer afternoon fifteen years ago, I went to hear Jane Gardam at the South Bank Centre. She does not often appear in public, indeed she has been withering in her fiction about the idea of an author meeting her readers. ‘It must be like discussing your marriage with strangers,’ thinks Betty in Old Filth (2004), and there is a devastating portrait of the perils of authorship in The Queen of the Tambourine (1991).
SF magazine subscribers only
The Young Visiters was published in 1919 but written in 1890, when its author was 9. It appeared with a Preface by J. M. Barrie and with the manuscript’s many spelling mistakes faithfully reproduced. Within two years it had sold 230,000 copies, given rise to a stage play, and caused a rumpus in literary London. It has never been out of print since. This is an exceptional record for a slight work. Why was The Young Visiters so popular and why does it endure?
SF magazine subscribers only 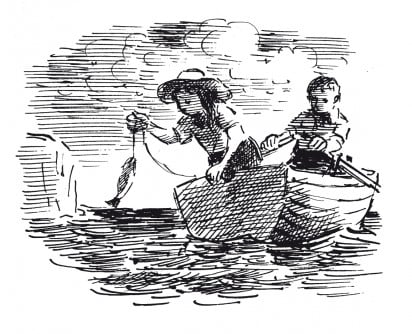 Of course The Young Ardizzone is not a children’s book, rather a book about childhood intended for adults, but here, as in the Lucy and Little Tim series, the integration of words and images is complete. As a work of art the text alone, admirable as it is, would not be in the same league. Anyone experiencing it as an audio-book would miss a great deal.
Page 1 of 212»