I had thought of keeping a commonplace book for many years. In my library at home I had gradually collected a few classic examples, such as Maurice Baring’s Have You Anything to Declare?, John Murray’s A Gentleman Publisher’s Commonplace Book and in particular John Julius Norwich’s annual Christmas Cracker. Finally, encouraged by my wife Christine and our three daughters, I sent out the first of my own small collections entitled Wonders and Absurdities to friends and family in time for Christmas 2002. A Country Doctor’s Commonplace Book is a selection from this and fifteen that I have sent out each Christmas since. I am particularly grateful to Slightly Foxed for their enthusiasm in making it possible.

In 2002 I was still working as a GP in the lovely old market town of Bury St Edmunds. I arrived in Suffolk forty years ago after medical training at Guy’s and spells as a GP in the wilds of New Zealand and Canada. In Bury I joined a practice of five doctors with a list of 10,500 patients, in both the town and nearly fifty villages scattered throughout the Lark Valley and neighbouring parishes. The practice had been established in 1902 and had adapted and evolved successfully through two world wars and the advent of the National Health Service.

One of its distinguishing features was its large number of loyal patients, some of whom had been born in the late nineteenth century. One, a very grand lady still living in her crumbling manor house at the age of 95, had been presented as a débutante to Queen Victoria in the last year of her reign. She and I became good friends and, once we’d dealt with the medical side of things, would enjoy swopping travellers’ tales over a glass of sherry.

The practice of forty years ago was certainly a rather less hectic place than it is now. I remember a patient coming out of a consultation with one of the older partners and stopping at the reception desk to say, ‘I think the doctor’s gone to sleep.’ In those early years I enjoyed the daily home visits to villages deep in the Suffolk countryside. If I couldn’t find a patient’s house or cottage, someone would inevitably appear from nowhere and point me in the right direction. Many of the older patients had known Dr Stiff, the founding partner of the practice, and I was only the fourth doctor they had had during their lifetime. In those days looking after four generations of the same family for more than thirty years was not unusual.

Over the years my own family – six brothers and sisters, six children, and a dozen grandchildren aged from 8 to 28 – have embraced the idea of the Commonplace Books, often telephoning, writing or now more usually emailing with a potential item. Happily for me some of them have settled abroad – an excuse for regular visits, particularly to Australia when it’s their turn to host the Ashes.

Friends and acquaintances – many of them members of the Straw Boater Club, a dining club formed by a small group of medical friends which is now in its twenty-second year and has recently celebrated its hundredth meeting – are also keen contributors. In particular, thanks go to my sharp-eyed brother-in-law Neil Doherty and Jim Cox, my modest and understated Cumbrian correspondent. Absolutely indispensable to the operation are my wife Christine, now retired from managing a local legal practice, who supports, encourages and advises, and my secretary and good friend Rachel Harman, who with her advanced computer skills does the really hard work of putting the selection into comprehensible form ready for printing.

Newspaper cuttings and other contributions arrive out of the blue throughout the year and join the growing collection in the study. There can be periods of steady flow, often followed by several weeks, even months, of drought. Then, suddenly and unexpectedly, items will start appearing again, often tumbling one after another like wickets in a cricket match.

Work begins in October, when Christine and I make a selection according to a set of unwritten and undisclosed criteria. The common threads are delight, surprise, wit, beauty, good sense and absurdity. Inevitably the selections reflect many of my own interests – history, wine, sport of all kinds but especially cricket, biography, novels, poetry, the writings of Chekhov and P. G. Wodehouse, obituaries of unusual and often eccentric individuals, letters to editors, travel, the Church of England as a spectator sport, and the bizarre oddities of British politics.

Life as a country GP exposes one to an extraordinary range of people and situations – always fascinating, sometimes absurd, often sad and poignant. I hope this small book catches something of that infinite variety. 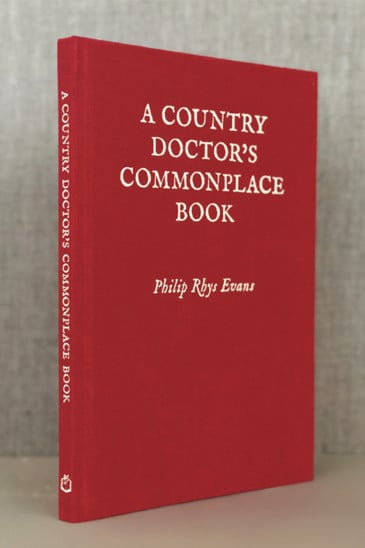 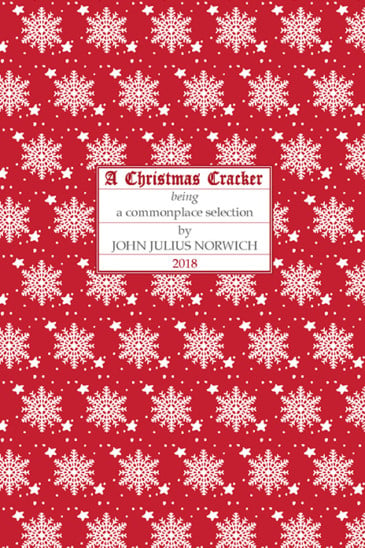