I’m not usually tempted by biographies of royals, living or not long dead. They tend to be written in deferential tones and I prefer some­thing neutral or, better yet, something with teeth. However, twenty years ago, when I was preparing to write my novel Gone with the Windsors, I read a huge number of books about the Duke and Duchess. Panegyrics, hatchet jobs, you name it. Hugo Vickers’s Behind Closed Doors had yet to be published. When it came out in 2011, I felt compelled to read it. Vickers had no axe to grind. He hadn’t known the Windsors. Could he deliver the sharp-eyed skinny?

In case you’re too young to remember, here is the short version of ‘The Love Story of the Century’. Once upon a time a popular English prince, with more charm than brains, fell in love with a sassy American divorcée who didn’t give a fig for stuffy royal protocol. They ran away to distant shores and lived controversially ever after.

In the 1930s, when Edward VIII abdicated and married Wallis Simpson, it was a very big deal indeed. The notoriety that engulfed them seems rather overblown today. Yes, he gave up the Throne, but his brother made a perfectly good and some would say better King. Yes, the Windsors flirted with Nazism, but in the Thirties so did more Brits than is now comfortable to remember.

The abdication shock aside, opinions of the Windsors varied. They were a breath of fresh air. They were grotesque freeloaders. He was a modern man, in tune with the average Joe in the street. No, he was a besotted fool, a rabbit beguiled by a ferret. Wallis was le dernier mot in Dior-clad elegance – a capital crime among the cardigan-wearers of upper-crust England. She was a sexually magnetic siren. No, she was a bloke in drag. Were they living proof that love conquers all or just a pair of ill-matched gadflies making the best of a bad job?

Vickers’s book, oddly, is arranged back-to-front. Part 2 is a familiar spin through th

Laurie Graham is a novelist and journalist. She would have loved to see what use the Windsors might have made of social media had they been alive today. 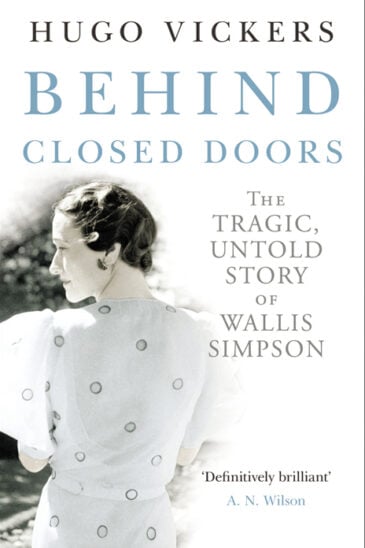