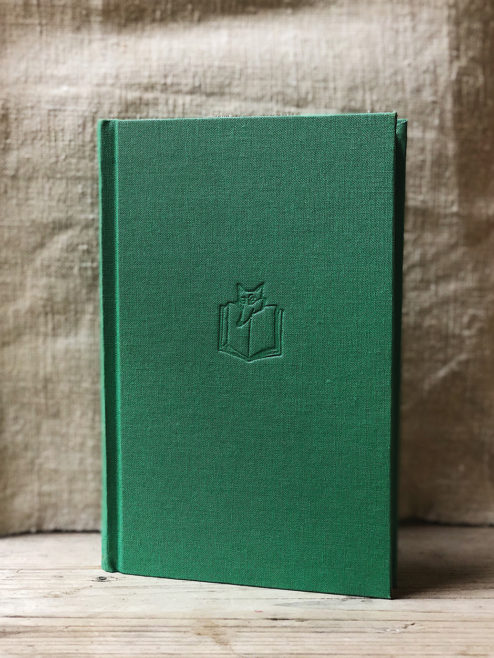 When the rather delicate would-be poet Adrian Bell left public school at Uppingham, his father, like fathers the world over, urged him to ‘get a proper job’. And perhaps no one was more surprised than he when Bell elected to leave home in Chelsea to work on a Suffolk farm.

But that decision was the making of him. Gradually, under the wise guidance of his employer Mr Colville, he learned to love and understand the land, his health and strength improved, and out of the experience he wrote a trilogy of books that have been loved ever since they were first published in the early 1930s. These were the books that soldiers slipped into their kitbags when they went to war in 1939, to remind them of the country they were fighting for and the lives that many of them had left behind.

The Cherry Tree is the final volume in this trilogy of lightly fictionalized memoirs (see Plain Foxed Editions for Corduroy, SFE No. 30,  Silver Ley, is now out of print), and by the time it opens Bell has acquired his own small farm near the pleasant little Georgian town of Bury St Edmunds, which he calls Stambury. But just as today, farming can be a lonely business, and partly to fill his solitary evenings Bell sits down to record his experiences. This results in the publication of his first book, Corduroy, and a fan letter from a young woman he calls Nora, whom he eventually meets and marries.

The picture of their young married life is a cheerful one as they share the work of the farm, explore the countryside in their pony and trap, and furnish the house with bits and pieces picked up in the Stambury junk shops. But The Cherry Tree also records in poignant detail the dying days of an old order before mechanization took over completely, and the growing agricultural depression which would change for ever the face of the countryside and the lives of their country neighbours. In this final book of the trilogy Bell’s poetic eye and farmer’s knowledge come together once more to complete a timeless record of life on the land which still resonates today.


Slightly Foxed Issue 54: From the Editors

The trees are in full deep green leaf now, making a small oasis of Hoxton Square, while not fifty yards away the traffic roars past along Old Street. New regulations to cut down air pollution in...

‘I have just finished devouring Corduroy and Silver Ley and am hoping that you will publish the third book in the trilogy. My husband is a farmer in a small way (they’re all small in New England)...