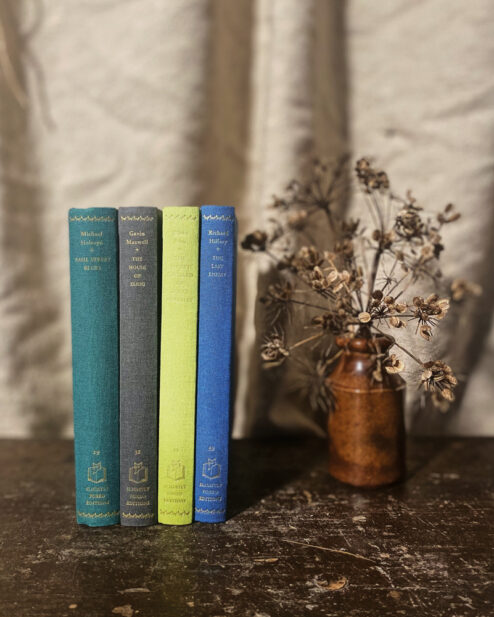 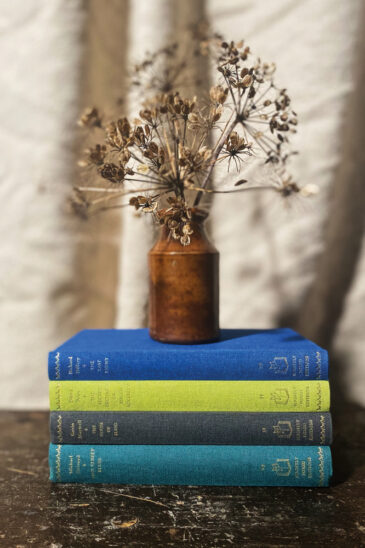 The chance to collect the earliest four available hand-numbered Slightly Foxed Editions, limited to 2,000 copies of each title.

Well-known for his frank biographies of such controversial figures as Augustus John and Lytton Strachey, Holroyd teases out the story of his own distinctly problematic family in this delightful and original book. His volatile father, always busy with his own enterprises, and his glamorous Swedish mother with her succession of exotic husbands, had only walkon parts in his life. It was only after both his parents had died that he was overcome by a desire to find the ‘connecting story’ which his fragmented childhood had so lacked. The result is a very personal detective story, subtle, funny and poignant.

The writer and naturalist Gavin Maxwell is best known for Ring of Bright Water, his moving account of raising otters on the remote west coast of Scotland. In his childhood memoir The House of Elrig he describes, with the same lyrical power that made that earlier book a classic, how it all began. In loving detail he evokes the wild moors around his Scottish home and the creatures that inhabited them. As was then the custom, he was ripped away from this paradise to go to a series of brutalizing schools. But always in his imagination he was at Elrig. It was his refuge and his escape.

Diana and her twin sisters grew up in Barnes, South London, in the care of an elderly housekeeper, having been abandoned in 1912 by their mother, the enigmatic Mrs Muriel Perry, whose real name and true identity were a mystery. After an absence of ten years, Muriel reappeared and took charge of her children, with disastrous results. For the girls, one of the highlights of their isolated lives were visits from a kindly man they knew as ‘Uncle Bodger’. In fact, as Muriel finally revealed, he was their father, Roger Ackerley.

Richard Hillary was a charming, good-looking and rather arrogant young man, fresh from public school and Oxford, when, like many of his friends, he abandoned university to train as a pilot on the outbreak of war. At the flying training school, meeting men who hadn’t enjoyed the same gilded youth as he had, Hillary’s view of the world, and of himself, began to change. In 1940, during the Battle of Britain, he shot down five German aircraft and was finally shot down in flames himself, sustaining terrible burns to his face and hands. With its raw honesty, lack of self-pity and its gripping and terrifying accounts of aerial combat and the psychological aftermath, The Last Enemy is a wartime classic, the harrowing story of a carefree young man who, like many others, was suddenly and cruelly forced to grow up.