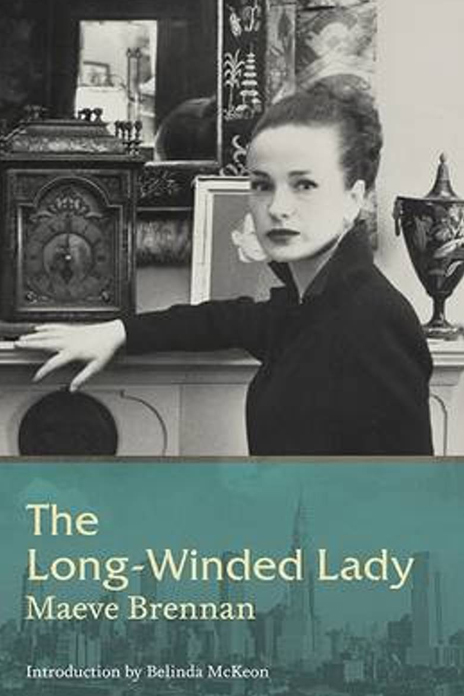 From 1954 to 1981, Maeve Brennan wrote for the New Yorker’s ‘Talk of the Town’ column under the pen name ‘The Long-Winded Lady’. Her unforgettable sketches – prose snapshots of life in small restaurants, cheap hotels, and the crowded streets of Times Square and Greenwich Village – together form a timeless, bittersweet tribute to what she called the ‘most reckless, most ambitious, most confused, most comical, the saddest and coldest and most human of cities’. First published in 1969, The Long-Winded Lady is a celebration of one of the New Yorker’s finest writers at the height of her power.

In January 1954, a vignette appeared in the New Yorker’s ‘Talk of the Town’ section, introduced only vaguely as a missive from ‘a rather long-winded lady’. The piece – like all ‘Talk’ stories then, unsigned – was a lightly sardonic first-person account of a woman’s disastrous experience in a dress shop. It might not have been world-changing, but it did stand out from the usual ‘Talk’ pieces, which were often impersonal, mannered little things, written in the royal ‘we’. The Long-Winded Lady, though, idiosyncratic from the beginning, spoke only for herself. ‘Well, there you are,’ she signed off, ‘in case you’ve paid any attention.’

Such pieces, ostensibly slight essays on life in Manhattan, continued to appear, on and off, until 1981. They were always unsigned, and introduced only with a phrase like ‘Our friend the long-winded lady has written to us as follows’, but when in 1969 a collection was assembled for publication, the writer’s identity was revealed. She was, it turned out, Maeve Brennan, an Irish author of short stories and a New Yorker staff writer . . .

‘She is constantly alert, sharp-eyed as a sparrow for the crumbs of human event, the overheard and the glimpsed and the guessed at, that form a solitary city person’s least expensive amusement.’ John Updike