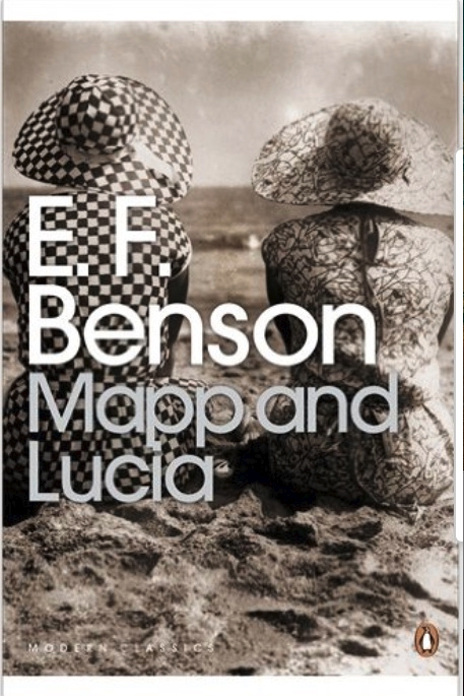 Mapp and Lucia by E.F. Benson is a subtly brilliant comedy of social rivalry between the wars.

Emmeline Lucas (known universally to her friends as Lucia) is an arch-snob of the highest order. In Miss Elizabeth Mapp of Mallards Lucia meets her match. Ostensibly the most civil and genteel of society ladies, there is no plan too devious, no plot too cunning, no depths to which they would not sink, in order to win the battle for social supremacy. Using as their deadly weapons garden parties, bridge evenings and charming teas, the two combatants strive to outcharm each other – and the whole of Tilling society – as they vie for the position of doyenne of the town.

E. F. Benson’s Mapp and Lucia books ruined Beethoven for me, and very nearly Shakespeare too.

Picture, if you will, the most appallingly pretentious person in the world: a well-dressed middle-aged lady at the piano, plonking her way through the slow first movement of the Moonlight Sonata. She is wearing her ‘well-known Beethoven expression’ with the ‘wistfully sad far away look from which the last chord would recall her’. Her guests, enduring the entertainment in various attitudes of suicidal boredom, give dutiful little sighs as that last chord fades, and then steel themselves for . . . another rendition of the slow first movement of the Moonlight Sonata! For – though she pretends otherwise and that Beethoven composed the trickier second movement largely by mistake – it is in fact the only tune she can play.

This is Emmeline Lucas, aka ‘Lucia’, and I’ve not been able to enjoy the Beethoven sonata since meeting her. The Italian affectation of ‘Lucia’ is just that, since she has no connection with Italy and certainly doesn’t speak the language. But by peppering her conversation with plenty of mio caros and molto benes she permits it to be thought that she is quite fluent in la bella lingua . . .

Picture, if you will, the most appallingly pretentious person in the world: a well-dressed middle-aged lady at the piano, plonking her way through the slow first movement of the Moonlight Sonata. She...