Home » The Test of War: A Late Education & Sword of Bone 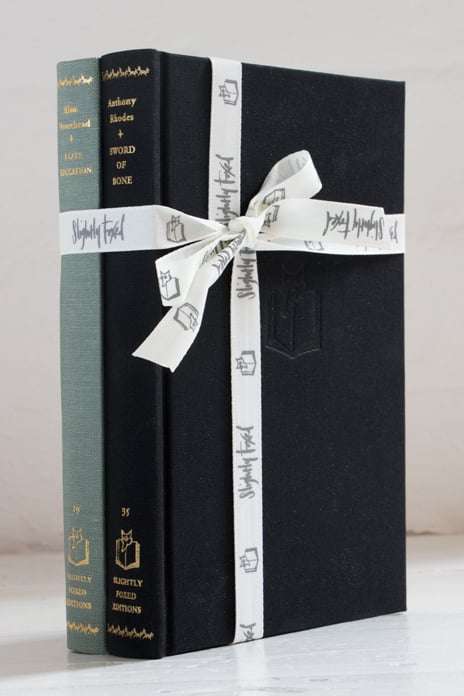 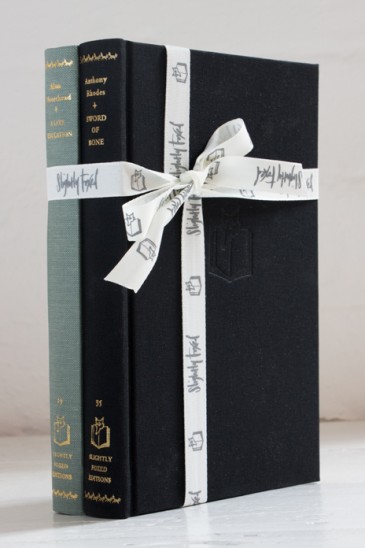 With his striking and sensitive good looks Alan Moorehead was the perfect figure of the romantic and fearless writer and traveller. In this vivid memoir he conjures up the heady atmosphere of his salad days in pre-war London and Paris, the feverish feel of Berlin during the 1936 Olympics, the pathos of the defeated Republican armies as they struggled over the Pyrenees from Spain into France, and the confusion of war in the desert, against which he forged a friendship with his charismatic fellow-journalist Alex Clifford which lasted until Alex’s early death. This is a haunting book, episodes in the life of a highly observant man who was both a compelling writer and an ace reporter. (Slightly Foxed Edition No. 19 • 216 pages • RRP £17.50)

It’s hard to imagine that anyone who took part in the disaster of Dunkirk could write an amusing book about it. But that is what Anthony Rhodes has done in Sword of Bone, his wry account of the events leading up to the evacuation of the British Expeditionary Force in May 1940 – a ‘strategic withdrawal according to plan’ as the chaos was officially described. Being observant and cool-headed, with an ironic sense of humour, he manages to capture the absurdity as well as the tragedy of what took place.(Slightly Foxed Edition No. 35 • 320 pages • RRP £17.50)

‘A friend gave me A Late Education for Christmas a few years ago and I loved it. Sitting in bed on Boxing day with a perfect book was my idea of heaven. She now gives me an edition every Christmas...