This week we’ve been waking up to some of those blue and gold mornings that in my case bring on thoughts of escape and waves of nostalgia, not for hot exotic places, but for the English beaches that stay in your memory for ever if you were lucky enough to know them as a child. Growing up by the sea in Devon, spending all day on the beach (entirely unsupervised) or out in a fishing boat, I genuinely couldn’t imagine what people who didn’t live by the sea did all day. I adored Arthur Ransome’s books (see SF no. 18) but we weren’t Swallows and Amazons children, sailing and building campfires and being self-sufficient. Those kinds of summers were for the children who holidayed down the coast at posher places like Salcombe. For us the sea and the beach were facts of life, places where people earned their living, but they were magical too. 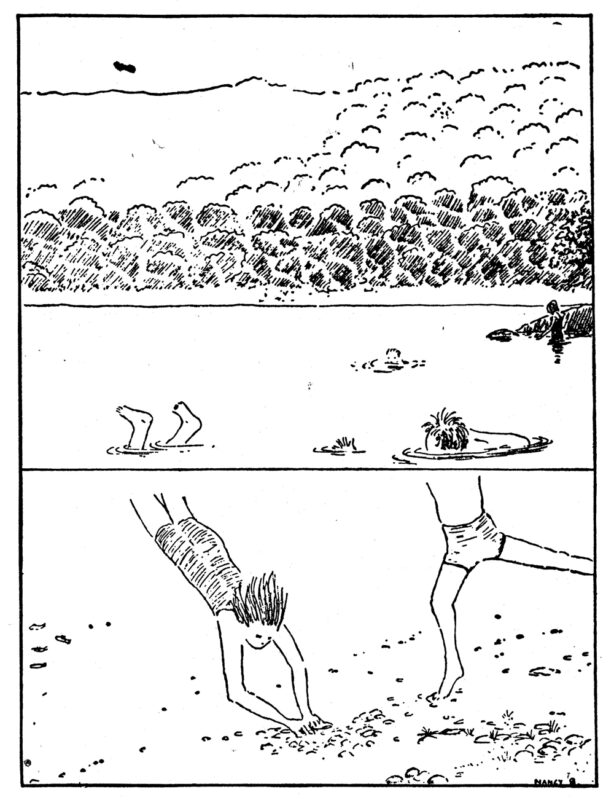 Thinking wistfully that a family seaside holiday might have to be put on hold this year, I looked on the shelves for Hugh Walpole’s Jeremy. I’ve always loved the three novels Walpole wrote about a boy growing up in the vicarage of a cathedral town in the early years of the last century (see SF no. 65) and I found again the vivid description of Jeremy’s excitement as he gets his first whiff of the sea on the family’s annual holiday: ‘the lanes had been hot, but here the wind blew across the moor, with the smell of sea-pinks and sea-gulls in it . . . Jeremy’s excitement grew. He knew now how every line of the road would be . . .’ It was almost as good as being there, that golden feeling of anticipation that went with the beginning of the summer holidays, and as always when I open any of the Jeremy books, I want to read it again.

Another book that brought it all back dropped through the letterbox from our friend and SF contributor Ysenda Maxtone Graham. For British Summer Time Begins, which has just been published, Ysenda sought out people who were growing up between 1930 and 1980 for memories of their school summer holidays. Their backgrounds were varied, but what comes through from all of them is the feeling I remember of time standing still, of days stretching endlessly away in the years when keeping children amused in the school holidays wasn’t the parental preoccupation it tends to be today. Few families went abroad – ‘of course there were foreign currency restrictions in those days’ as people kept reminding her – and for a lot of children there was no question of going away at all. So from castles and country houses to inner city back-to-backs, children found things to do for themselves, and learned a lot in the process. Their memories of this vanished world, without social media or modern labour-saving devices, are sometimes idyllic, sometimes heartrending, and often very funny.

Back in the present, a friend and I ventured out this week, suitably distanced, to our favourite garden centre, now at last open again. Driving along the quiet North London streets which I hadn’t been through for several months felt strangely like returning from abroad, when everything you’ve always known suddenly seems fresh and new and surprising. I looked at the familiar restaurants (mostly now closed), at the little shops (a few now open), and at the scattering of people walking about, a good many of whom were wearing face masks, and felt I was in a different country.

Oh dear, we’re now in the third month of lockdown and I can feel inertia beginning to set in. In some ways living life at a slower pace has been lovely, but I’m horrified at how much time has passed without my really noticing it. My diary is now a record of a parallel life that never happened (a holiday with friends in Copenhagen, a weekend with daughter at the Malvern Flower Show, various friends coming for their annual visit . . .). 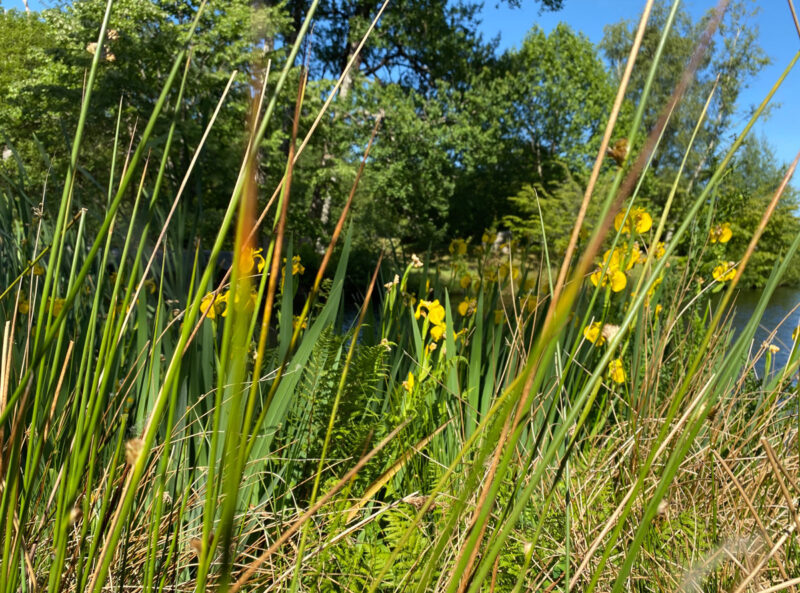 Time to brace up and go swimming. We have what my husband calls a pond and I call a lake (not because it’s especially large but because it looks as if it’s been there for ever). It’s fed by three small streams, and an outflow takes the water on down the valley and into the River Bovey. Though young visitors have been known to jump in on Christmas Day, it’s really only bearable from late May to early September. It’s bracing even then, but once you get used to it, it is sheer heaven to swim past banks covered in delicate water mint and lady’s smock, stately yellow irises and tiny purple vetch. A little later in the year, the reeds will be full of electric-blue damsel flies, and even now in the early evening house martins are swooping across the water.

A pair of mallards have nested on the island and as I approach a flurry of little black ducklings dart away to hide among the willow and alder. Sometimes Stanley comes too, but he does tend to try to ‘rescue’ me so has to be diverted by stick throwing. Of course wild swimming is now all the rage, thanks in part to Roger Deakin’s glorious celebration of the magic of water in Waterlog (1999), his account of a swimmer’s journey through Britain.

Meanwhile, at the other end of the village, a friend is managing to capture the delight of ducklings on paper. How I envy Jill her skill in capturing something so transient  (www.jillmeager.com). 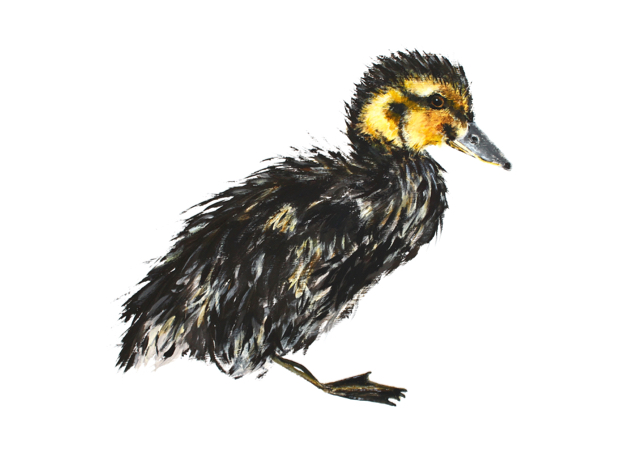 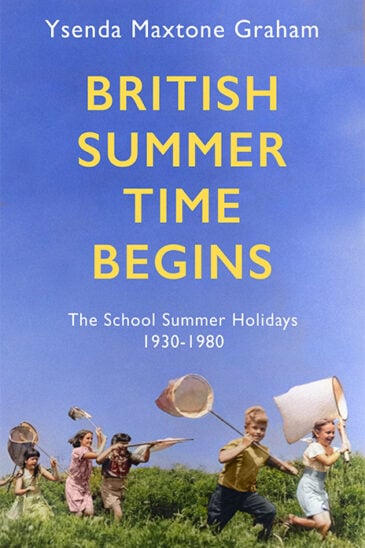