It was the early Sixties and I was 17. With only a small bag of clothes and some loose change, I ran away from home and caught the milk train to London. When the sky lightened and the rooftops crowded in, I leapt out on to an empty platform because the station had a friendly name – Seven Sisters. A week later, with my first wage, earned by selling toys in a department store, I bought myself a pair of black stockings, a bottle of frosted pink nail varnish, and a copy of Edna O’Brien’s The Country Girls. My family believed books were ‘good for you’ and I’d gobbled up the classics: Dickens, the Brontës, Thackeray, Gaskell and Defoe, coping happily with long convoluted sentences and dutifully deploying them in my school essays. O’Brien’s brilliantly concise sentences were a revelation, her voice fresh and direct.

Born in 1930 in Tuamgraney, County Clare, O’Brien was the only child of a fiercely Catholic family who believed the written word to be not only sinful but also sacrilegious. At school, she obsessively pored over the only books available – a huge dictionary and a tome on mycology; it wasn’t until she arrived in Dublin that she discovered literature, reading James Joyce and the Europeans. In 1954 she eloped with the writer and divorcé Ernest Gébler, and moved to London where she fell in love with Fitzgerald and Hemingway and went to work for Hutchinson as a publisher’s reader. There, it soon became apparent that she had a special talent with words and, for £25, she was commissioned to write a novel.

The Country Girls, published in 1960, was both an attack on Ireland’s insularity and an impassioned farewell. O’Brien’s lyrical descriptions make it easy to imagine how homesick she might have felt, first in Dublin and then in post-war sooty London. Hedgerow flowers she remembers as ‘little drizzles of blue and white and violet – little white songs spilling out of the earth’. The novel’s narrator, gauche and naïve schoolgirl Caithleen Brady, lives on a 400-acre farm where the big house has been burned down by the Black and Tans and everything is mud-splattered and ‘going to ruin’ or, like the rolled-up rugs, kept strictly for visitors. While Caithleen’s mother struggles to hold farm and family together, her hapless father blows every penny on booze and gambling. ‘Bills never worried Dada, he just put them behind plates and forgot.’

Caithleen’s father is frightening, but 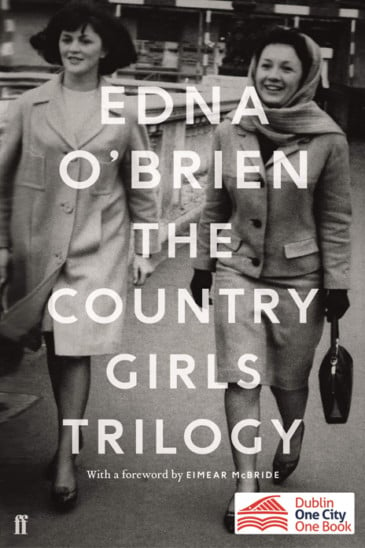 One of the most enjoyable things we do at Slightly Foxed – and there are many – is the commissioning of our covers. People often say they wish they could have reproductions of them, and so, in the spring, Alarys did some research, and we went off to visit a couple of small, environmentally friendly firms. One, in Lincolnshire, has now produced a lovely Slightly Foxed tea-towel for us in hard-wearing unbleached cotton decorated with one of our most cheerful spring covers, and the other, in Berkshire, a mixed pack of four fine-quality cards of the most popular ones – two with a spring and summer and two with a winter theme.