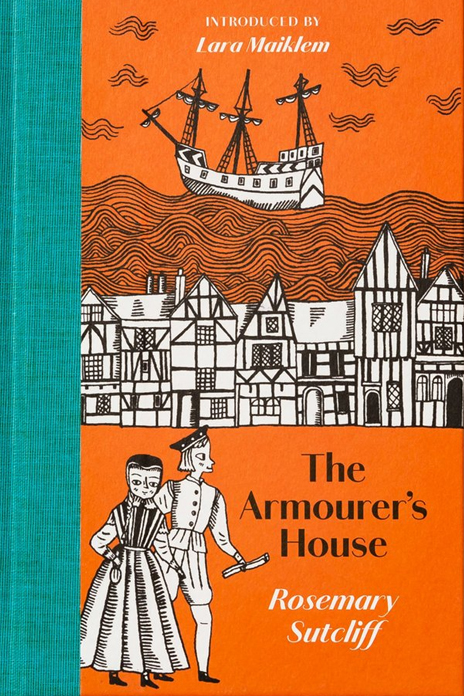 A new edition of the classic children’s book by Rosemary Sutcliff.

The Armourer’s House was first published in 1951 and has now been reissued by Manderley Press, with an introduction by Lara Maiklem and a specially commissioned front cover and illustrations by Isabel Greenberg.

Rosemary Sutcliff wrote books for those aged 9 to 90, and is perhaps most well-known for her meticulously researched historical novels for children, offering generations of readers a ‘magic carpet into the past’.

In this book, Tamsyn, nearly nine, leaves her sleepy Devon town by the sea for a new life in sixteenth-century London. She arrives at her uncle’s home on the River Thames, and is immediately enchanted by the brightly painted carved blue dolphins that adorn it.

The ships and river traffic passing Dolphin House – including the royal barge carrying King Henry VIII and his new Queen Anne Boleyn – feed Tamsyn’s imagination and her dreams of going to sea for a life of voyage and discovery. But as she soon finds out, adventure and excitement can also be found closer to home in Tudor London.

‘History can be brought to life through the tiniest of objects and the smallest of details, and Rosemary Sutcliff was an expert in this.’ Lara Maiklem


Light in the Dark Ages

It’s silly to covet a piece of jewellery. When would you really wear Marie-Antoinette’s necklace or the Hope Diamond? Even the glittering parures paraded by red-carpet celebrities are borrowed,...

The Last of Rome

Desperation drove me to Horatius, one gloomy afternoon in late October. Thirty restless children were waiting to be entertained, educated or even just dissuaded from rioting by their hapless supply...

I was thus apprehensive, for my sake as well as my children’s, when I encouraged them to read Rosemary Sutcliff. I wondered whether I would still be drawn to her ancient worlds, her vanished races...

The Truth of the Heart

A Set of Rosemary Sutcliff Novels 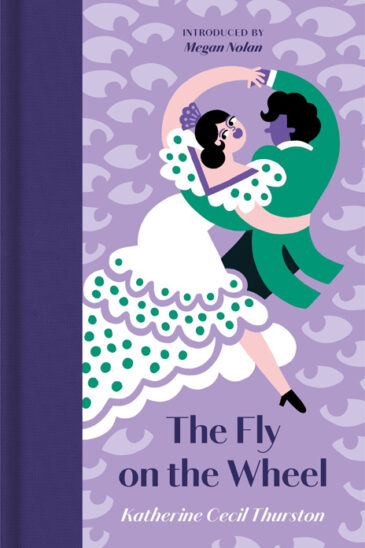 The Fly on the Wheel