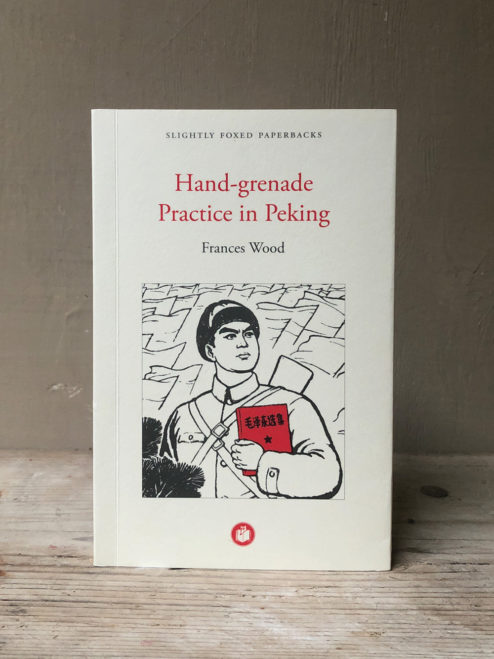 Read Review Read Extract
Made in Britain
● If you are a current subscriber to the quarterly your basket will update to show any discounts before the payment page during checkout ● If you want to subscribe now and buy books or goods at the member rate please add a subscription to your basket before adding other items ● Gift wrap, messages and delivery instructions may be added during the checkout process ● If you need help please send us a message using the form in the bottom left of your screen and we’ll be in touch as soon as we’re back at our desks.
Description

China in 1975 was a strange, undiscovered country, still half-mad from Mao Zedong’s Cultural Revolution, when young Frances Wood boarded a plane in London to study for a year in Peking. Based on the letters she wrote home, this account of her experiences is both affecting and hilarious, a unique insight into a mysterious and painful moment in China’s history.

Virtually closed to outsiders for the preceding decade, China was just beginning to make tentative moves towards the outside world when Frances Wood and her fellow students were driven in an ancient coach through the dark silent countryside to their new quarters at the Foreign Languages Institute. Here they were settled into small rooms with hard iron beds and a single dim light bulb. Outside were showers powered by an enormous boiler emitting boiling steam from cracks in the pipework. Next day, at the medical centre, they learned that medical treatment was free but ‘we would have to pay for our own abortions’.

Throughout the following year in an extraordinary Alice-in-Wonderland world where ‘education’ consisted of shovelling rubble, hand-grenade practice, and cripplingly tedious ideological lectures, Frances never lost her sense of humour. Or indeed her fascination for the ancient civilization that lurked behind the Cultural Revolution’s grim façade. Based on the letters she wrote home in 1975‒6, Hand-grenade Practice in Peking is both affecting and hilarious, a unique insight into a mysterious and painful moment in China’s history. It was an interlude which would eventually lead Frances to her position as head of the Chinese collection at the British Library.

Author Frances Wood, librarian, sinologue and former head of the Chinese Collection at the British Library, joined us as a guest on the Slightly Foxed podcast, Episode 2: The Oldest Paper in the World.

Like pain, the memory of the boredom of much of my visit in 1971, and of those interminable meetings with revolutionary committees, had faded with time and in 1975 I had applied to join the third...

‘I have received my Spring issue and read it from cover to cover . . . ’

‘I have received my Spring issue and read it from cover to cover in one sitting! Pure unadulterated pleasure. From that I moved on to one of my purchases Hand-Grenade Practice in Peking, finishing...