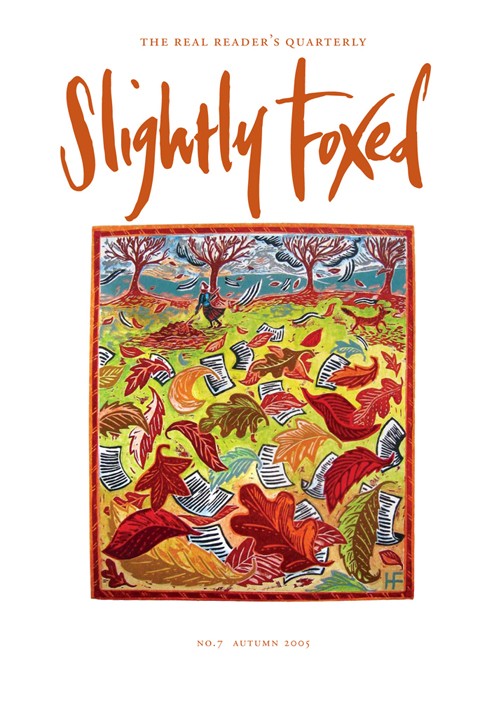 On the novels of William Golding

. . . and Tempests and Doldrums • ANDREW SINCLAIR

On the novels of William Golding

Every Other Inch a Gentleman • MICHAEL MORAN

Gordon Grice, The Red Hourglass: Lives of the Predators

A Kind of Redemption • VICTORIA NEUMARK

Michael Ondaatje, Running in the Family

On the novels of Angela Thirkell

Natural the Way He Is • WILLIAM PALMER

Thomas Brothers (ed.), Louis Armstrong, in His Own Words

All the Fun of the Fair • PAUL WILLETTS

E. Nesbit, Five Children and It

Tsar Alexander II was warned that Turgenev’s collection of short stories, variously translated into English as Sketches from a Hunter’s Album or A Sportsman’s Notebook, was politically...

In Search of P. Y. Betts

At a desk beneath the dome of the British Museum Reading Room, as sombre Ph.D. types on either side of me pored over earnest looking volumes, I had to restrain myself from yelling for joy at item NN...

Penelope Lively on the novels of William Golding

William Golding’s is not a large oeuvre: fifteen books, a play, an unfinished novel. Rereading everything, I am struck by the modesty of the pile through which I have worked, and the brevity of the...

. . . and Tempests and Doldrums

Andrew Sinclair on the works of William Golding

William Golding was the only writer I have ever pursued. An Angry Young novel I wrote in three weeks when up at Cambridge, The Breaking of Bumbo, outsold Lord of the Flies that year for Faber &...

Cowboys, ‘Hottentots’ and the Vietcong

The Red Hourglass, a debut volume by a writer called Gordon Grice, explores a fundamental premise. ‘We want the world to be an ordered room,’ its author writes, ‘but in the corner there hangs...

The Trouble with Idealism

It was towards the end of his long life, after revolutionalizing many other aspects of design, that William Morris embarked on his ‘typographical adventure’ at the Kelmscott Press. Though it...

A Kind of Redemption

I’ve been a passionate reader all my life, be it of labels on jam jars or the small print on the back of tax forms, aged copies of free newspapers left on seats on the London Underground, Peter...

Justine Hardy on Michael Ondaatje, Running in the Family

Eight winters ago in India I fled the manila-folder-bound desiccation of Delhi for the south and Kerala. The backwaters there have a sensuality that slides about you as you enter, moving you away...

A Bad Chooser of Husbands

Hilary Temple on the novels of Angela Thirkell

Do your favourite authors have a recognizable voice, so that you can identify them from a paragraph in the same way that you identify a voice over the telephone? Angela Thirkell has just such a...

Natural the Way He Is

William Palmer on Thomas Brothers (ed.), Louis Armstrong, in His Own Words

It is a fair bet to say that, for most people under the age of 50, and those who are not jazz fans, the name Louis Armstrong is one associated – if recognized at all – with the sound of his voice...

Halfway through Marilynne Robinson’s gorgeous novel Gilead, the narrator, John Ames, a 77-year-old preacher in Iowa, makes this observation: ‘Calvin says somewhere that each of us is an actor on...

Sarah Crowden on E. Nesbit, Five Children and It

‘The small material objects that surround one’s daily life have always influenced me deeply,’ wrote E. (Edith) Nesbit in her memoir Long Ago When I Was Young. In my mother’s old nursery were...

I owe the discovery of The Passing of a Hero and Conventional Weapons to a fellow-visitor to the London Library who, shrewdly interpreting the glazed stare of a fellow shelf-crawler, urged me to make...

I got lucky in 1971. In that year’s Booker prize I came 2nd, or so Saul Bellow, one of the judges, said. Coming 2nd, of course, was like coming 102nd; nevertheless it boosted my ego, which got a...

Slightly Foxed Issue 7: From the Editors

Sadly, just as we were celebrating the arrival of the summer issue, we lost a member of our team. On 15 June, Jennings the cocker spaniel died peacefully in his sleep at the age of 13. We miss him... 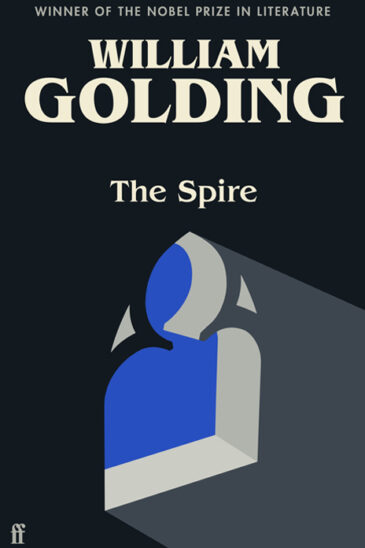