So I fall on any activity that doesn’t involve a screen – weeding, reading, tidying the airing cupboard. This has included sitting at the kitchen table checking the page proofs of Dawn Wind (a good old paper-and-pen operation), which is our latest Slightly Foxed Cub and the fifth in Rosemary Sutcliff’s series of novels set in Roman Britain and the Dark Ages, from the departure of the Legions through to the arrival of the Normans. They’re wonderful, vividly human books, as is Sutcliff’s Blue Remembered Hills, which was the very first memoir we reissued as a Slightly Foxed Edition.

I’ve also returned to my tapestry. This representation of a Victorian house such as ours was Gail’s present to me several birthdays ago and progress, I fear, had been slow, but now it’s become a compulsive activity. It’s soothing and satisfying and also gives room for listening to the radio or simply allowing the mind to wander – much like doing a complicated jigsaw I imagine. I’m reminded of Margaret Drabble’s lovely book The Pattern in the Carpet, subtitled ‘A Personal History with Jigsaws’. She fell back on jigsaws, she says, to help her through the anxious and stressful time when her husband Michael Holroyd was undergoing operations for cancer and they were more or less housebound. In it she entwines the history of the jigsaw with an affectionate memoir of her Aunt Phyllis who first introduced her to this ‘peculiarly British form of meditation’, and it’s a perfect read for now. 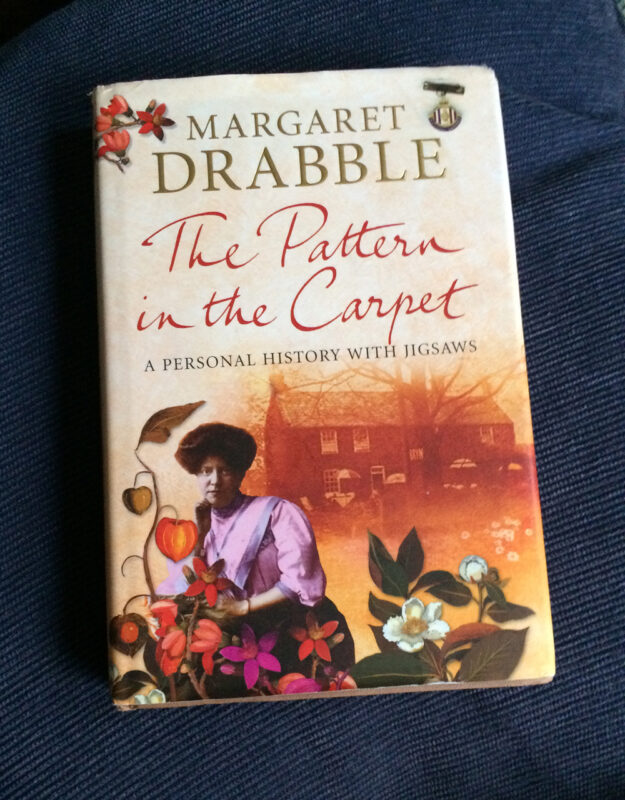 On one of the few recent sunny afternoons, I sat with a friend – suitably distanced – on a bench in Highbury Fields, talking and watching children playing and people throwing sticks for dogs and doing yoga, until the sun sank and the lights came on round the Fields. I walked home in the crisp darkness, enjoying the snatches of life glimpsed through lighted windows. People getting supper, children doing homework or watching television. At one time you could tell the upward mobility of an area by the number of Japanese paper globe lampshades and stripped pine doors in the street. Now it’s excavated basements turned into family rooms and clinical-looking modern kitchens. These dark evenings, when the streets are empty of people and traffic, have become one of our favourite times for walking. Glimpsing these other lives distantly through glass seems a kind of echo of the way we live now.

It was somewhat unwillingly last Saturday that we set off down the road to Newington Green to see what has now become both a local landmark and a bone of contention, Maggi Hambling’s statue for (it is emphasized not of ) Mary Wollstonecraft, the pioneering eighteenth-century feminist and author of A Vindication of the Rights of Woman, who once lived and established a girls’ school in the area. It was a damp, overcast day and by the time we reached the Green it was raining hard. By now the crowd of objectors who had congregated when the statue was first unveiled had disappeared and there were only a couple of lingering people with umbrellas. The first thing that struck me was how tiny the controversial doll-like naked figure emerging from a chunky twisted silvery base was. But even through the driving rain I could see why it had been criticized by feminists as ‘not furthering a feminist agenda’. We gazed at it in silence for a while, struggling for clues, then hurried home feeling that maybe we should return when the weather was better. Perhaps my immediate reaction was best summed up by the congregation of the Unitarian Church on Newington Green, which Mary once attended, whose minister told the Islington Gazette, ‘Overall my congregation is delighted there’s a monument to Mary Wollstonecraft, but wish it was different.’

At breakfast this morning, as we looked out of the window, curtains of rain were sweeping across the valley and the outcrop of moorland opposite was barely visible through the mist.

‘What are you going to do today? my husband asked. ‘It’s much too wet to do anything outside.’

‘I’m going to spuddle,’ I replied.

‘Spuddle?’ he asked, raising an eyebrow.

‘Yes,’ I replied firmly. My grandmother did a lot of spuddling and I’ve always taken the word for granted. But now I began to wonder if it really existed. Off to the dictionary. Not the Concise Oxford but the 22-volume edition, Vol. XVI, ‘Soot‒Styx’. And there, on p. 369, it was:

spuddle, v. 1. intr. To puddle, in various senses; to work feebly or ineffectively

Oh, I thought to myself, that’s not what I call spuddling.

And then I noticed a second definition:

That’s exactly my definition of spuddling, and I can only think that my grandmother, who lived for most of her life in Somerset, must have picked up the word locally.

So I spent a happy morning rearranging Kilner jars in the larder; sorting out the kitchen drawer into which we shove elastic bands, paper clips, scrap paper, stamps, Sellotape, potentially useful tradesmen’s cards; refilling the pepper and salt mills; pasting recipe clippings from newspapers into a folder – in short, turning over and ordering the small things in life. Spuddling? I recommend it.

November’s a contrary month. Days of rain and mist and low cloud, and then suddenly the sun comes out, bringing into sharp focus the beech leaves still clinging to the hedges. Out in the garden one small tree seems to defy the season. It’s a spindle, Euonymous europaeus, and with its russet leaves and pink and orange fruits it seems impossibly exotic, but it’s native to Britain and in the past its dense wood was, as its name suggests, used to make spindles for spinning wool, as well as skewers, toothpicks, pegs and knitting needles. We’ve only the one tree, but I think it’s time we planted some more to light up dark corners of the woods. 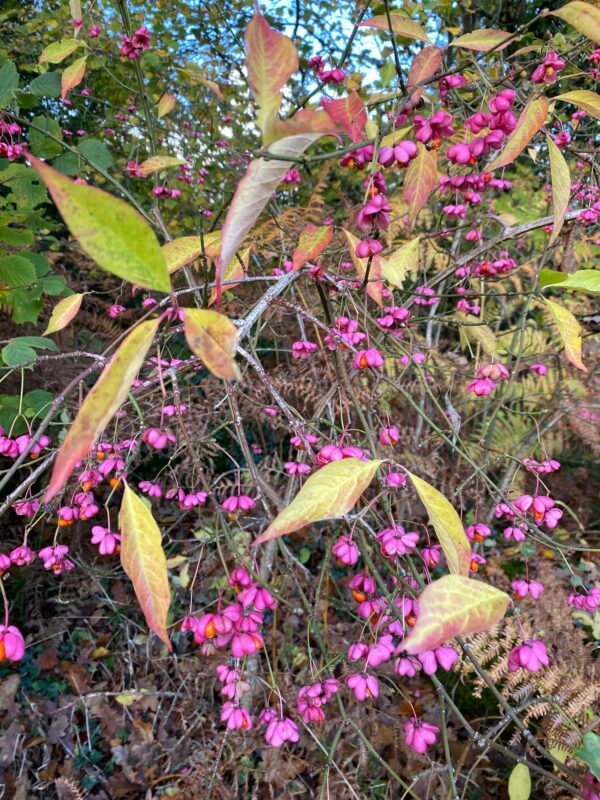 This month I’ve been working on the text of a book we’ll be publishing next year, Adrian Bell’s A Countryman’s Winter Notebook. We’ve always had a soft spot for his writing and have already reissued his trilogy about his farming life before the Second World War (Corduroy, Silver Ley, The Cherry Tree). After the war, however, Bell turned to a different literary form. From 1950 until 1980, he wrote a column every week for Suffolk and Norfolk’s long-serving local paper, The Eastern Daily Press. In it he recorded the small details of each season, writing partly with the eye of a poet, partly that of a farmer. Most of these columns have never been republished but now Richard Hawking has painstakingly transcribed the best of them from yellowing cuttings in scrapbooks. 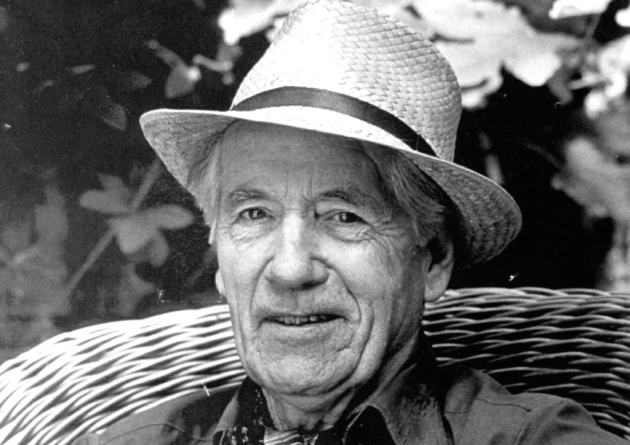 Bell’s notebook entries – ‘The Storm Cloud’, ‘The Fall of a Leaf’, ‘Glorious Mud’, ‘Rough Weather’ ‒ are a lesson in pitch-perfect observation and most of them also still ring true for anyone living in the countryside (or wishing they did). Here he is, reflecting on November in 1953.

Yesterday as I viewed the prospect from a little hill, it seemed to me that November has a beauty of a rare fleeting quality – the few gay leaves upon the bony woods, some hedges still flaunting a golden arras, sky dark and turbulent but with dazzling fissures. The contours of the land were emphasized by the bareness of the fields. The busy ploughs were mobbed by gulls: they surrounded the tractors with a majesty of wings. Earlier I had heard a lark singing, and now in some darkening bower a blackbird was crying ‘Clink-clink-clink’. The landscape looked rich – gilded and cheerful as a pageant. The cloudy sun played like a spotlight, now here, now there. The air was moist, even springlike. The only melancholy was in the thought that winter lay ahead. 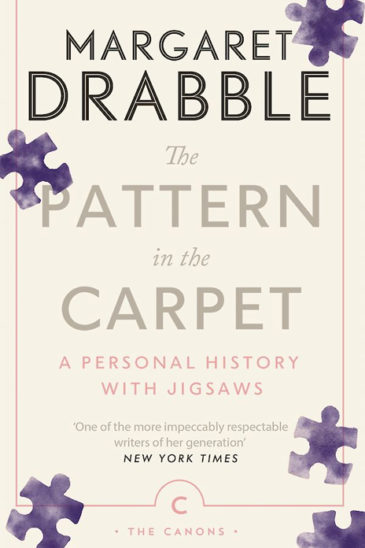