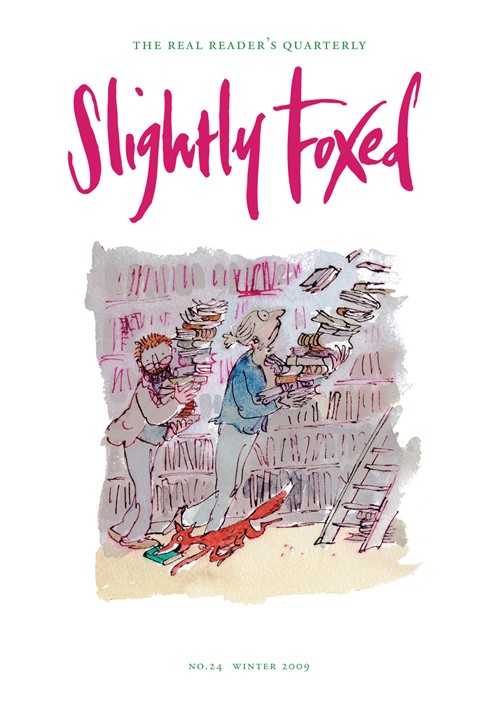 Maggie Fergusson drops in on 84 Charing Cross Road • Quentin Blake and Travis Elborough celebrate the fox • Oliver Pritchett recites rude rhymes in the bath • Grant McIntyre recalls another self • Roger Hudson cherishes Mr Pepys • Michael Barber returns to the murky world of Eric Ambler • Andrew Lycett reads a double life • Sue Gee visits a little house at the edge of the wood, and much more besides . . .

A Pash for Nash • OLIVER PRITCHETT

James Lees-Milne, Another Self

Anarchist in a Tie • MICHAEL BARBER

Eric Ambler, Journey into Fear; The Mask of Dimitrios; Cause for Alarm; Epitaph for a Spy; Uncommon Danger

The Little House at the Edge of the Wood • SUE GEE

Michael Burn, Turned towards the Sun

We All Love Your Letters . . . • MAGGIE FERGUSSON

Nigel Balchin, The Small Back Room

Brush with the Law • TRAVIS ELBOROUGH

Stars in His Eyes • DONALD WINCHESTER

Six Things to Do with Cabbage • KAREN ROBINSON

Katharine Whitehorn, Cooking in a Bedsitter


Slightly Foxed Issue 24: From the Editors

Well. We’re sitting here quivering slightly because we’ve done something rather rash. We’ve bought a second-hand bookshop. Actually, we’re pretty excited about it. Like many good things, it...

There is nothing ‘common-place’ about Pride and Prejudice. It has a tightly woven, seductively intricate plot, which unfolds so delicately that the reader falls blindly into the traps of...

Brush with the Law

Encountering Roald Dahl in covetable, tactile Puffin paperbacks as a child in the 1970s, I suspect I was too wrapped up in the tales themselves to give their actual titles much consideration. Curious...

I first came across Spark when working in a little second-hand bookshop off the Charing Cross Road. A battered tome of her selected works was on sale in the outside pile, desolately stationed there...

A Pash for Nash

When I was about 12 my father gave me the Penguin collection, Comic and Curious Verse, selected by J. M. Cohen and priced three shillings and sixpence. Being a rather over-heated adolescent I was...

Grant McIntyre on James Lees-Milne, Another Self

There are three good reasons for taking take Jim [James] Lees-Milne to one’s heart. First there’s his work for the fledgling National Trust. When he joined it before the War, the Trust employed...

Anarchist in a Tie

Michael Barber on Eric Ambler: Journey into Fear, The Mask of Dimitrios, Cause for Alarm, Epitaph for a Spy and Uncommon Danger

Many years ago I asked Eric Ambler whether he deliberately travelled in search of material. The answer was an emphatic No: ‘If you go looking, you don’t really see. That’s why I never carry a...

The Little House at the Edge of the Wood

Last January, I had a major operation. For solace, I took into hospital the Winter issue of Slightly Foxed. A kind friend brought in the New Yorker. Then, about day four or five (not brilliant), came...

Of Julius Scissor and Gary Baldy

Hazel Wood on Leo Rosten, The Education of H*y*m*a*n K*a*p*l*a*n

New York in the 1930s, and a new term is starting at the Night Preparatory School for Adults (‘English – Americanization – Civics – Preparation for Naturalization’). The long-suffering Mr...

The second half of the seventeenth century in England saw an efflorescence of diaries and memoirs, kinds of writing hardly seen before, but there was a delay of a century and a half before these...

Six Things to Do with Cabbage

Karen Robinson on Katharine Whitehorn, Cooking in a Bedsitter

Transport yourself, dear reader, to the British urban landscape of Larkin’s mythical moment, ‘between the end of the Chatterley ban and the Beatles’ first LP’. You are young, educated,...

Petrie Harbouri on the Maud Higham

My great-aunt Maud was a maiden lady. Young men were in short supply when she grew up, unconscionable numbers of them having been killed in the First World War. My grandmother hinted indeed that...

Price of a Double Life

Andrew Lycett on Michael Burn, Turned towards the Sun

I am reluctantly succumbing to the charms of the British television presenter Jeremy Clarkson. For years I resisted: I had no interest in Top Gear, his high-octane programme for dim-wit motorists. I...

Most people have an image of a typical Yorkshireman. These days that image might be corrupted by non-standard, media-influenced examples such as Geoffrey Boycott or Michael Parkinson. But not so long...

I thought I could never feel fond of Charing Cross Road. In 1988, when I was 23, I spent the most miserable three months of my life there. In one fell swoop, I had lost my fiancé, my flat and my...

C. J. Driver on Nigel Balchin, The Small Back Room

I have twice abandoned my attempt to write this. The first time happened when I reread Nigel Balchin’s novel, Darkness Falls from the Air, which I had admired to distraction many years ago, partly...

Stars in His Eyes

A lot of rubbish has been written about music over the years, which is not surprising – it is a very difficult thing to write well about. Conveying the emotions that music can produce is a task...

Mystery at the Minster

Readers take something of a risk if they go back to a book they have much enjoyed but not picked up for thirty or forty years. As a bookseller, I was constantly reminded of such favourites because I... 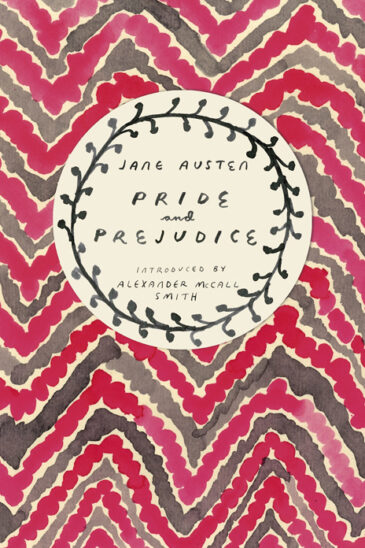