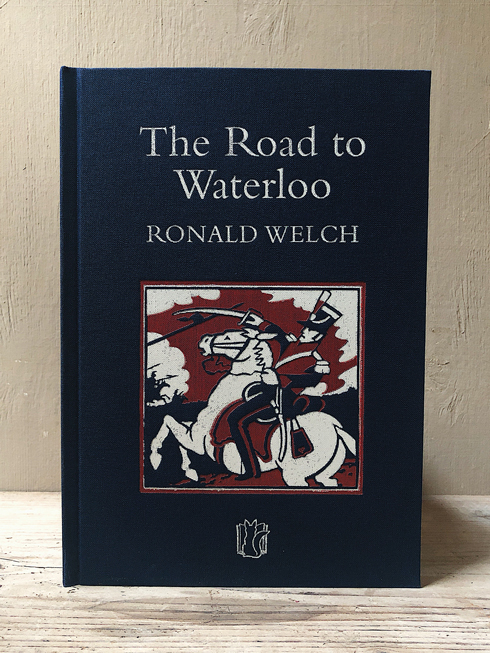 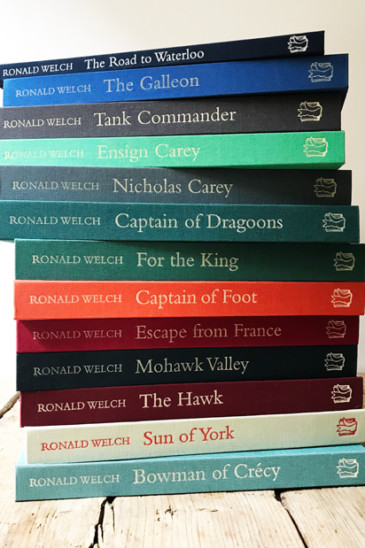 The manuscript of The Road to Waterloo lay unread among Ronald Welch’s papers for more than thirty years after his death and is published here, with specially commissioned illustrations, for the first time. Though not officially part of the Carey series, this novella fills a significant gap in the family story and fits neatly into the series – the French mother of its young protagonist James Carey, we learn, had fled to England during the Revolution, an episode which featured in the earlier novel Escape from France.

Now James, at 17, is a Cornet in the 30th Light Dragoons, preparing to confront Napoleon Bonaparte, who has recently escaped from Elba. It’s a thrilling picture of the build-up to Wellington’s victory at Waterloo and of a great army preparing for battle, and it has all the inimitable Welch ingredients – a young hero who grows up during the course of the book, entirely believable characters and a fast-paced plot brought alive by vivid historical detail.

‘These new editions are exquisite . . .’

‘I just wanted to let you know how thrilled I was to receive my set of Ronald Welch books earlier this week. These new editions are exquisite – simply wonderful to hold, feel, smell and browse...

‘I look forward to introducing my grandchildren to the Careys . . .’

‘Thank you very much for The Road to Waterloo which arrived safely this morning – just as I was starting to get withdrawal symptoms after finishing the series . . .’

‘The other week, a surprise parcel turned up in the mail for me. Inside was a beautiful, clothbound new edition of a never-before-published Ronald Welch book, The Road to Waterloo . . .’