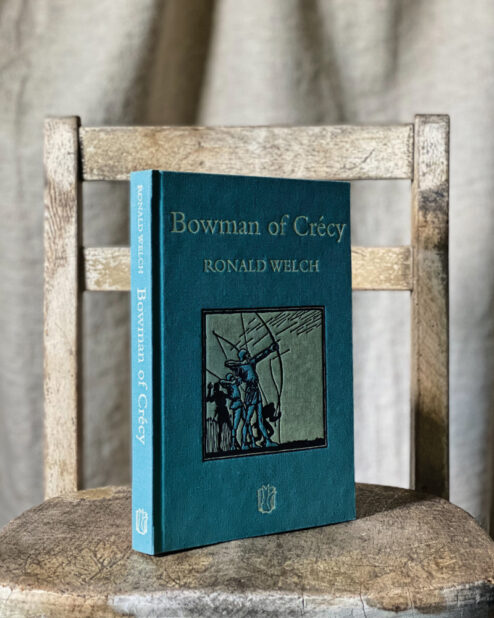 Set during the Hundred Years’ War, this is the real story of one of Edward III’s campaigns. Sir John Carey is on his way to the wars in France, and shortly before his troop embarks his life is saved by an unlikely hero, Hugh Fletcher, head of a band of outlaws living in the greenwood. Grateful Sir John adopts Hugh and his outlaws as part of his army and they follow him to France, where their courage and skill as longbowmen are crucial in the defeat of the French at the Battle of Crécy.

Christian Tyler on Ronald Welch, Bowman of Crécy and The Hawk

I never read Ronald Welch as a child – he was writing a bit too late for me – but his historical adventure stories have a very familiar ring. In Bowman of Crécy and The Hawk I recognized with...