The Flight in the Heather • WILLIAM PALMER

Oliver Rackham, The Illustrated History of the Countryside

He Did His Duty • DICK RUSSELL

On the novels of Beryl Bainbridge

Written on the Heart • VICTORIA NEUMARK

Primo Levi, If This Is a Man; The Truce

With an Ear to the Earth • CHERYL TIPP

Ludwig Koch, Memoirs of a Birdman

Sleuthing with the Colonel • MARK VALENTINE

On Man, the Human Heart and Human Life • C.J. DRIVER

On the novels of Stanley Middleton

Growing Up with Winston • JIM RING

On the history of Chinese rhubarb

We love wood engravings and in the printed quarterly we have an occasional series to introduce the work of some of our favourite engravers. We'll be sharing a woodcut from our archive on the website...

The Purveyor of Popular Fiction

Virginia Woolf unkindly called Bennett ‘a tradesman’ – and up to a point one sees what she meant. He did not thrive on the rarefied air of Bloomsbury: he was Enoch Arnold Bennett, late of...

The Flight in the Heather

I saw the set of books through the window of a second-hand furniture shop in Oxford a couple of years ago. Each with a dark-blue spine stamped with a gilt palm tree, they ran across the top of one of...

Melissa Harrison on Oliver Rackham, The Illustrated History of the Countryside

It began, I seem to remember, with a grown-out hedge: four huge ash trees bordering a Hampshire footpath, all with the same odd kink in their trunks. The pleasure of recognition, of being able to...

He Did His Duty

I have read most of C. S. Forester’s books, but had never come across The General until I found a copy last year in a second-hand shop. It nestled next to a biography of Winston Churchill written...

John Walsh on the novels of Beryl Bainbridge

I first met Beryl Bainbridge in 1982, when I went to interview her friend and editor Anna Haycraft for Books & Bookmen. I was later to discover that Beryl practically lived at the Haycrafts’ house...

Written on the Heart

Victoria Neumark on Walter de la Mare, Come Hither: A Collection of Rhymes and Poems for the Young of All Ages

My mother used to read to us on the battered old couch. As the light faded, we would snuggle up and read along with her pointing finger. It was magic; it was spells; it was home. Her glasses slightly...

Christian Tyler on Ronald Welch, Bowman of Crécy and The Hawk

I never read Ronald Welch as a child – he was writing a bit too late for me – but his historical adventure stories have a very familiar ring. In Bowman of Crécy and The Hawk I recognized with...

David Spiller on Primo Levi, If This Is a Man and The Truce

Is a sequel ever as good as its original? Primo Levi’s autobiographical account of Auschwitz (If This Is a Man) is a celebrated book while its follow-up (The Truce) remains less well known. But...

With an Ear to the Earth

Cheryl Tipp on Ludwig Koch, Memoirs of a Birdman

Koch’s Memoirs of a Birdman opens in 1889 when, at the age of 8, he made the world’s first ever recording of an animal, and closes in 1953 when he fulfilled a lifelong ambition to visit Iceland...

Television in the 1970s and 1980s was educational. Bergerac taught us that Jersey was a seething cauldron of crime; Grange Hill introduced a generation of children to sausages and heroin. And Monkey?...

Recently, ailing and housebound, I looked for succour in a book by a contemporary French novelist, one I remembered hugely enjoying when it first appeared. A good read has to be high on the list of...

Sleuthing with the Colonel

This relative neglect is all the more surprising because MacDonald was much admired by his peers. He was awarded the Edgar Allan Poe prize twice. His early novel The Rasp (1924), which introduced his...

A Love Affair with Orkney

Eric Linklater was a bit of a force of nature. He was born in Wales, but wished he hadn’t been, so he conjured an Orkney childhood and let everyone assume he had been born there. His father was...

On Man, the Human Heart and Human Life

One of my favourite novelists, now largely forgotten, is Stanley Middleton (1919–2009). He wrote 45 novels, the last published posthumously. I thought I had them all, but when reorganizing my...

Growing Up with Winston

Born in 1874, the son of a Chancellor of the Exchequer contemporary with Gladstone and Disraeli, he made his name as a journalist covering the Boer War, became an MP at 26, President of the Board of... 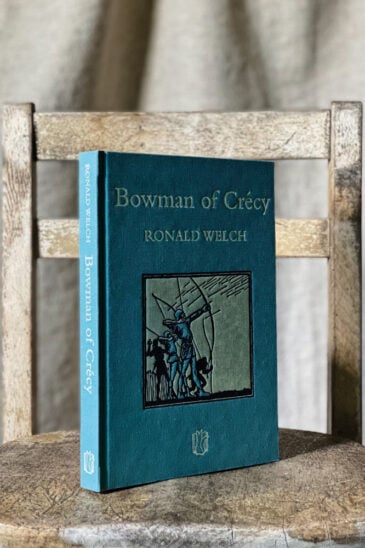